An unexpected intervention by the Victorian Greens could help get the Andrews government's extended state of emergency bill over the line.

Greens leader Samantha Ratnam is set to return to Parliament on Tuesday and vote for the government's bill, extending the power for a further six months and allowing the government to declare a state of emergency in rolling four-week blocks. 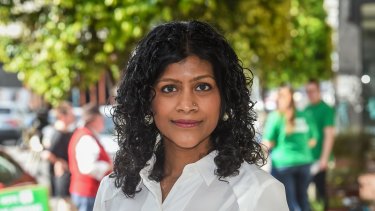 The bill looked like it might have been in trouble with Labor struggling to secure enough crossbench votes to pass State Parliament's upper house.

But Ms Ratnam's intervention puts Health Minister Jenny Mikakos in a much stronger position to overcome the opposition of Coalition MPs and push her legislation through.

The most important news, analysis and insights delivered to your inbox at the start and end of each day. Sign up to The Sydney Morning Herald’s newsletter here and The Age’s newsletter here.