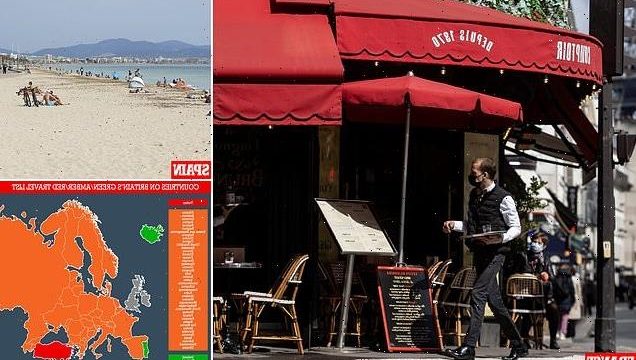 Holidaymakers face fresh confusion today as Spain welcomes tourists despite being on the government’s ‘amber list’ – while France prepares to impose tougher restrictions on travellers.

Madrid is following Portugal in letting in Britons without any requirement for tests or proof of vaccination, but ministers have again urged sunseekers not to head to the popular destination.

Meanwhile, French foreign minister Jean-Yves Le Drian has suggested it will go the other way and impose tighter controls on visitors from the UK due to fears over the Indian variant.

Mr Le Drian also swiped at Britain’s past ‘failures’ to control the virus in the latest barb as EU leaders face criticism over their lockdowns and vaccine rollout.

The confusing picture will leave would-be travellers scratching their heads over whether and where to go on foreign holidays this summer.

Portugal is currently the only major tourist destination on England’s ‘green list’, meaning people can go without the need to quarantine on return.

But Transport Secretary Grant Shapps has hinted the roster could be expanded imminently amid pressure for France, Spain, Italy and Greece to be added.

And after fines for non-essential travel were scrapped, thousands of people have been defying the government’s advice and heading for ‘amber list’ countries anyway. They need to isolate at home for up to 10 days as well as getting tested, but do not have to stay at quarantine hotels. 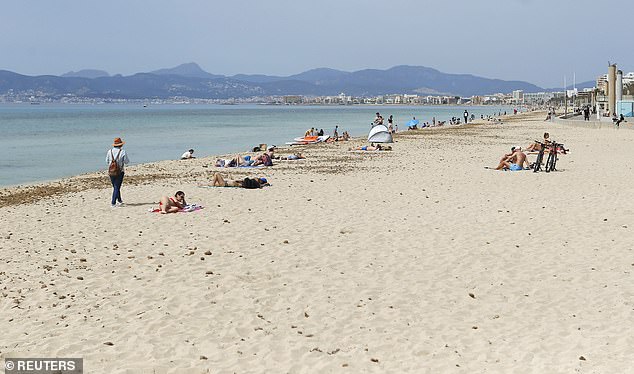 Spain (pictured, Mallorca) is following Portugal in letting in Britons without any requirement for tests or proof of vaccination 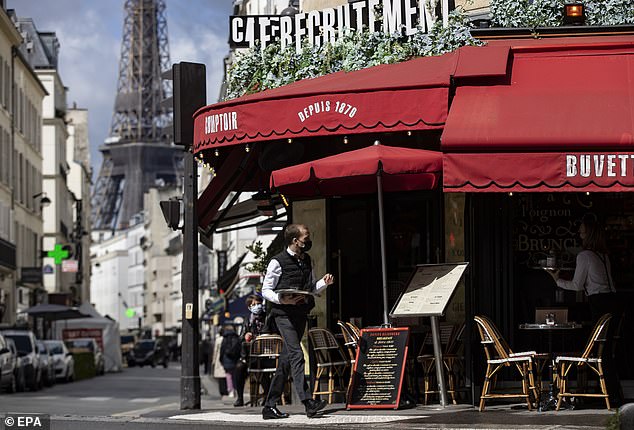 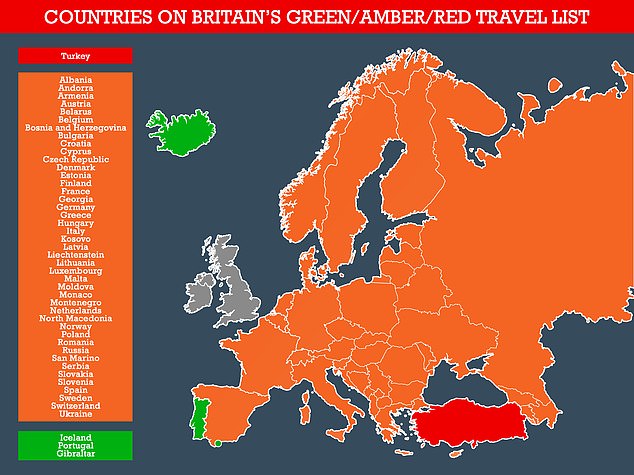 Portugal is currently the only major tourist destination on Britain’s ‘green list’, meaning people can go without the need to quarantine on return

Spanish PM Pedro Sanchez said on Friday that visitors from the UK and other ‘safe’ countries such as New Zealand, South Korea and China would be exempted from restrictions on travel.

‘I can therefore announce that from next Monday the 24th of May we will be delighted to welcome all UK tourists,’ he said.

‘They are welcome to enter our country without restrictions and without health requirements.’

However, business minister Anne-Marie Trevelyan stressed that Spain remains on the ‘amber list’.

She told Sky News: ‘The Prime Minister has been clear that, for now, amber means ‘please don’t go unless there is an urgent family reason and so on’ because we are still trying to slowly move through our road map to being able to open up on June 21 and we want to do that in a steady and careful way.’

She added that ‘we hope very much that, obviously, the amber numbers will become more green in due course’ but ‘at the moment, today, that means amber countries really aren’t safe to go to’.

He suggested the UK could be put in a health category of its own, somewhere in between the strictest measures that France is imposing on visitors from India and 15 other countries, and more relaxed requirements being readied for visitors from the EU and some other countries.

Without giving specifics, Mr Le Drian said there was potential for ‘health measures that are a bit stronger’ but Paris is watching the progress of the Indian variant before making final decisions.

‘We hope that the variant can be controlled in a country which experienced real failures during the pandemic,’ he said.

‘However, the arrival of the Indian variant and the increase of cases of Indian variant in the United Kingdom pose a problem and so we are vigilant about this (and) in contact with the British authorities,’ he added.

‘It won’t be the red treatment if we have to do it. It will be an intermediate treatment,’ the minister said. ‘But it is not excluded – this springs to mind because of British tourists – that we have health measures that are a bit stronger.’

As of yesterday Germany is requiring people arriving from the UK to go into quarantine for 14 days on arrival. 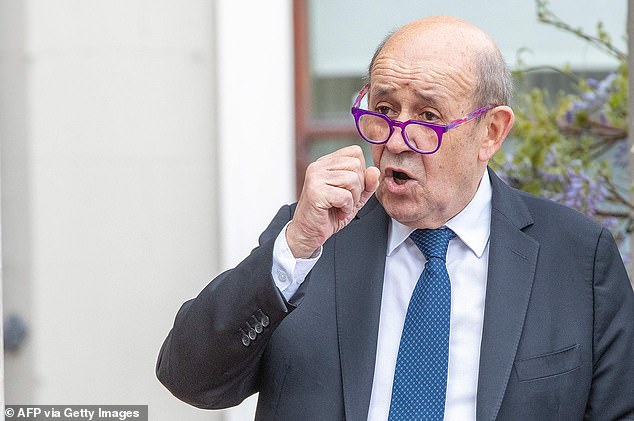