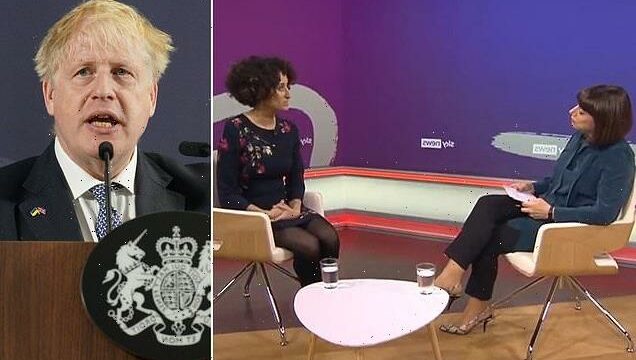 The government’s social mobility tsar has claimed that Boris Johnson is not a good role model for children because of his personal life, his hair and his lack of professionalism.

Katharine Birbalsingh, who was previously dubbed Britain’s strictest headmaster, was asked whether she believes that the Prime Minister is someone children should look up to.

However, she said his behaviour makes her ‘raise an eyebrow’, explaining: ‘No, I don’t think so. I wish he could be but he isn’t and that is a bit sad. I like Boris, I don’t think he’s a bad guy, but I don’t know enough about what he’s got up to. I do not think that he is a good role model for children.’

When asked to explain her thoughts, she added: ‘Well his personal life for instance, that does make me raise an eyebrow. 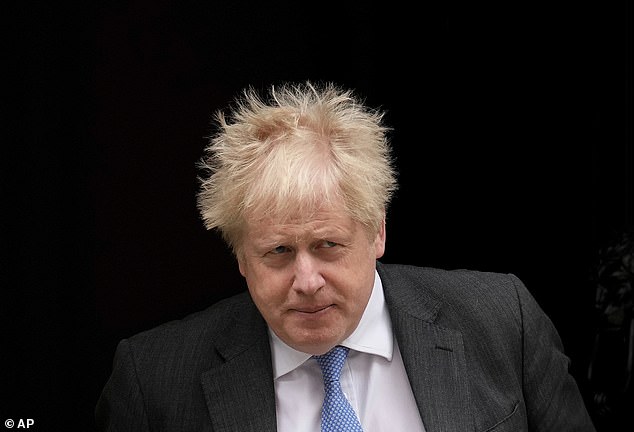 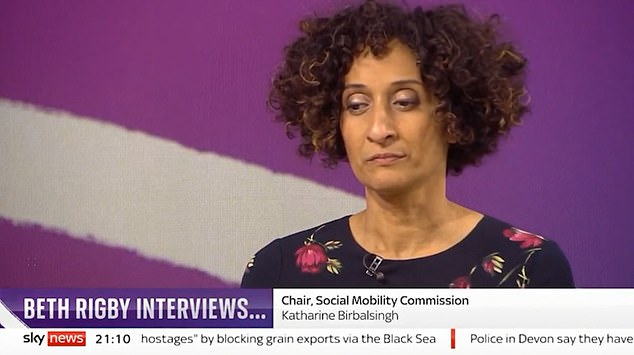 The social mobility tsar claimed that the PM is not a good role model for children because of his personal life, his hair and his lack of professionalism

In response, schools minister Robin Walker said children should be taught about Mr Johnson’s ‘phenomenal resilience’ through the pandemic and praised his communication skills.

Mr Walker said Miss Birbalsingh was ‘entitled to her opinion’ but disagreed.

He said: ‘I think actually anyone who leads this country is a role model – someone that children can look up to.

‘The Prime Minister has shown phenomenal resilience through the Covid pandemic and leadership, and I think that’s something that children should learn about in schools.

‘He’s also a great communicator, and one of the things that we seek to teach in all of our schools is communication – literacy through great speech and language.

‘So there’s plenty for people to look up to in that respect.’

When asked about Mr Johnson being fined for breaking his own lockdown rules, he added: ‘I think the Prime Minister has accepted the things for which he has apologised.

‘And it’s quite right that he should do that in that respect as well.

‘I think it’s important that children understand the importance of acknowledging when you’ve got things wrong.

Katharine Birbalsingh won a standing ovation at the Conservative Party conference after she delivered a damning indictment of ‘utterly chaotic’ state schools in 2010.

But soon afterwards she was sent home from her school in Camberwell, South London, after her speech, and lost her job as a deputy head teacher at the inner city academy.

The former Marxist turned conservative was the surprise star of the Tory conference when she laid bare an education system in which children were ‘lost in a sea of bureaucracy’.

She said schools were crippled by league tables, exams were dumbed down and ‘well meaning liberal’ teachers refused to discipline black children for fear of being called racist.

The Oxford University graduate also admitted that she had voted Conservative for the first time after a decade working in state schools having supported Labour.

She was born in New Zealand, the elder of two daughters of Frank Birbalsingh, an academic, and his wife, Norma, a nurse.

After leaving Oxford she began working in inner city schools in South London. After her sacking in 2010 she wrote several books before becoming head of Michaela Community School in Wembley, having founded the school in 2014 with Suella Braverman, who is now a Tory MP.

She was dubbed the ‘tiger headmistress’ for how she runs her school, where Year 7 pupils are taught how to sit properly on a chair.

New students are also shown how to walk to lessons quickly in single file and how to concentrate on the teacher and to instill good behaviour as soon as they arrive, while mobile phones are banned.

They are told to keep their shirts tucked in and to pick up crumbs from the floor after eating at a boot camp, which teaches pupils how to ‘behave in the Michaela way’.

In October 2021, she was appointed Chair of the Social Mobility Commission.

She has has never spoken publicly about her private life, other than about her parents, and is understood not to have any children saying previously she is ‘completely dedicated’ to her work.

‘He’s also someone who has taken the big calls, taken great decisions in the long run and I think that’s why the party has been behind him when we had this vote of confidence earlier in the week.’

Miss Birbalsingh also raised eyebrows yesterday when she criticised Britain’s obsession with a ‘Dick Whittington model’ of seeing people rise from poverty to great riches in a generation, and said some people should set their sights lower.

She said she believes policy makers have been too preoccupied with ‘the person who is born into a family in social housing and becomes a banker or CEO’.

It has meant creating an ‘elite pathway for the few’ rather than creating a broader system that allows more people not suited for higher education to improve their lives, but in ‘smaller steps’.

In a speech to the Policy Exchange think tank today, she cited the Dick Whittington folk tale of a man who leaves poverty in Lancashire and walks – accompanied by a cat – to London, where he makes his fortune.

The feted headteacher said: ‘We want to move away from the notion that social mobility should just be about the long upward mobility from the bottom to the top, i.e. the person who was born into a family in social housing and then becomes an accountant or a banker or a big CEO.

‘There is nothing wrong with that view of social mobility but it is not enough.

‘We want to promote a broader view of social mobility for a wider range of people who want to improve their lives, sometimes in smaller steps.

‘This means looking at how to improve opportunities for those at the bottom, not just making elite pathways for a few but by thinking about those who would otherwise be left behind. Those who either didn’t want to or could not ”leave to achieve”.’

Ms Birbalsingh, is known as a ‘super-head’ who founded Michaela Community School in Wembley, north London, which has excellent results despite having a deprived intake.

She has been influential in Tory circles since winning a standing ovation at the Conservative Party conference after she delivered a damning indictment of ‘utterly chaotic’ state schools in 2010.

The former Marxist turned conservative was the surprise star when she laid bare an education system in which children were ‘lost in a sea of bureaucracy’.

Miss Birbalsingh argued that social mobility is not getting worse and that the picture is more ‘complex’.

The latest analysis from the SMC reveals that occupational mobility has been stable or improving slightly for decades.

She was appointed as the chair of the commission in 2021 and is known for making controversial comments.

In April, she was urged to apologise for telling a Government committee that girls did not take up A-level physics because they disliked ‘hard maths’.

The straight-talking headteacher was made chairwoman of the Government’s Social Mobility Commission in October last year after repeatedly using her platform as Britain’s most high profile school leader to attack ‘woke culture’ damaging Britain and its education system. She won a CBE in 2020.

She has also talked repeatedly about the importance of family in education, and the need for traditional values such as eating with your children each night. 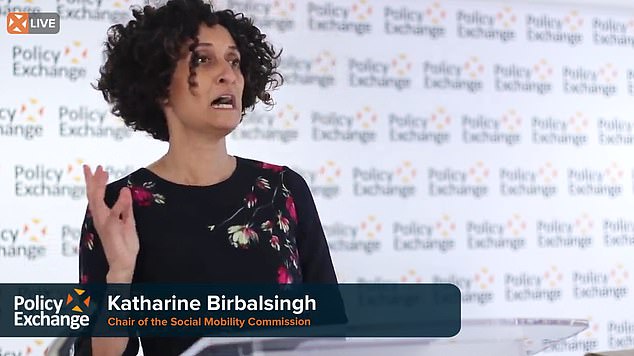 Katharine Birbalsingh, the Government’s social mobility tsar, believes policy makers have been too preoccupied with ‘the person who is born into a family in social housing and becomes a banker or CEO’ 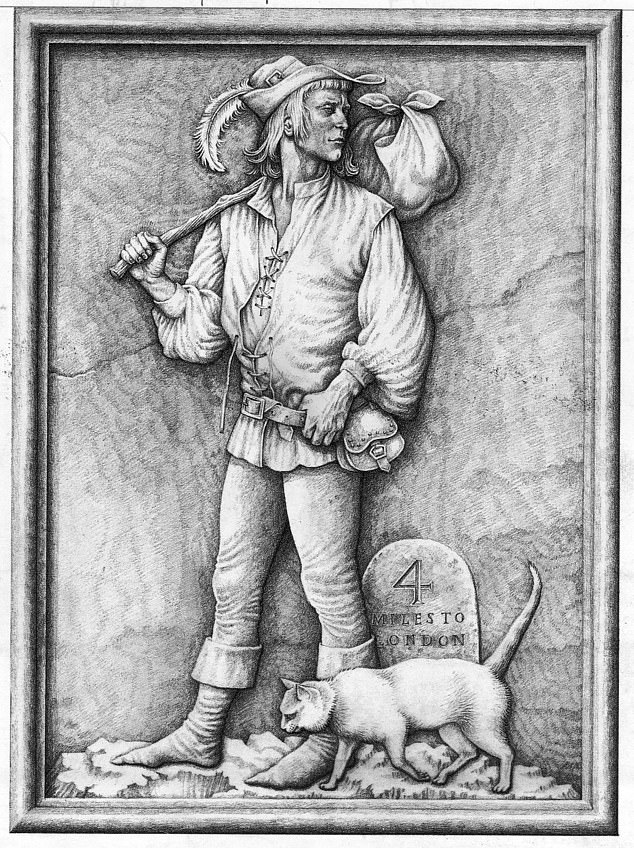 In a speech to the Policy Exchange think tank today, she cited the Dick Whittington folk tale of a man who leaves poverty in Lancashire and walks – accompanied by a cat – to London, where he makes his fortune.

In 2010, Ms Birbalsingh told delegates at a Tory party conference that educational standards have been ‘so dumbed down that even the teachers know it’ and that schools are bound by too many targets that prevent them from teaching properly.

She has since spoken out against schools teaching about ‘white privilege’, saying it gives black British children the impression that the education system and society is pitted against them.

In June last year, she said teachers should avoid talking about race to students and stick to ‘teaching them maths and English’.

Ms Birbalsingh said the secret to success for a child of ‘any colour’ is to have a family that supports their education, makes them do their homework and will force them ‘off their phones’.