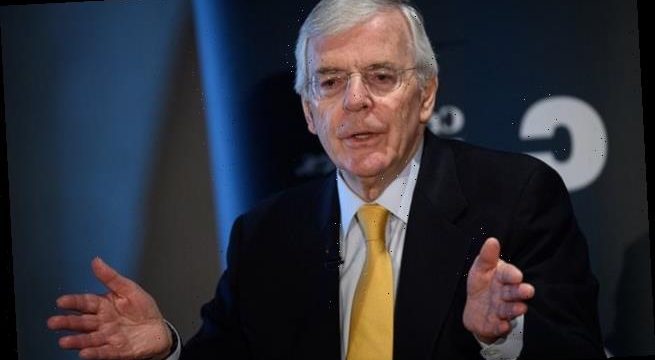 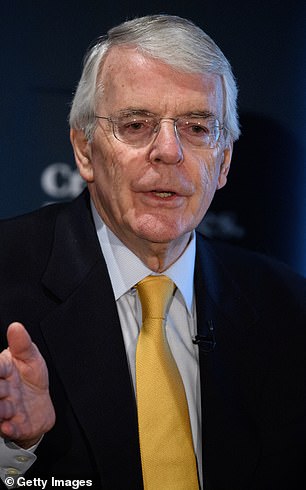 The Tory former prime minister said he would vote for ex-ministers David Gauke, Dominic Grieve and Anne Milton – who all lost the party whip earlier this year after rebelling on Brexit – if he lived in their constituencies.

All three are former ministers under Theresa May who were thrown out of the party for defying Mr Johnson and blocking the path to leaving the EU without a deal.

‘Without such talent on its benches, Parliament will be the poorer, which is why – if I were resident in any one of their constituencies – they would have my vote.’

Sir John is set to describe Brexit as the ‘worst foreign policy decision in my lifetime’, and will say leaving the EU will affect ‘nearly every single aspect of our lives for many decades to come’.

‘It will make our country poorer and weaker. It will hurt most those who have least. Never have the stakes been higher, especially for the young. Brexit may even break up our historic United Kingdom,’ he will say. 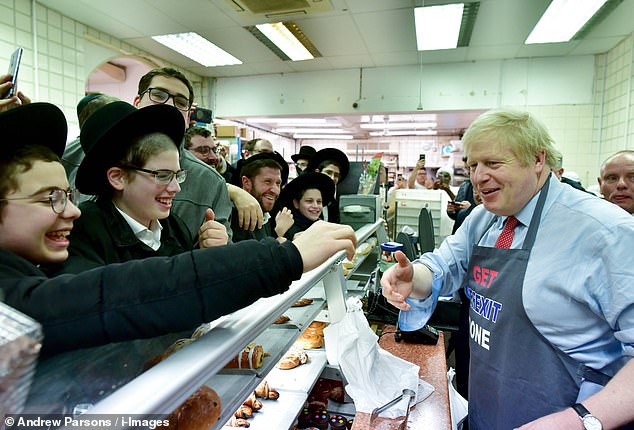 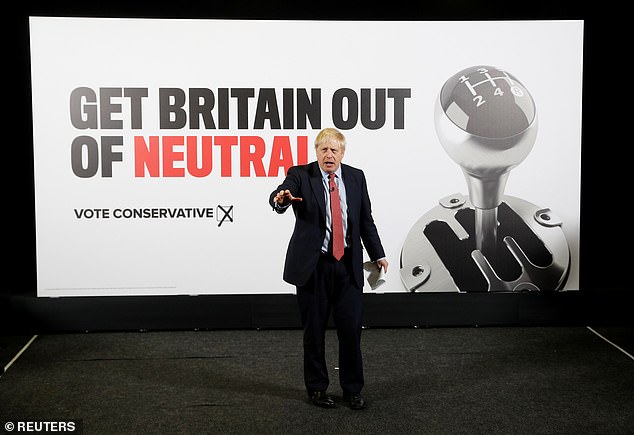 Sir John is set to describe Brexit as the ‘worst foreign policy decision in my lifetime’, and will say leaving the EU will affect ‘nearly every single aspect of our lives for many decades to come’

Sir John will urge voters to ‘choose the future you believe in’, telling young people in particular: ‘Your vote is absolutely crucial – for you have the longest lease on our country’s future, and our place in the wider world.

‘Don’t wake up on Friday December 13 and regret not making a choice.’

He will be joined at the rally, jointly organised by the Vote For A Final Say and For Our Future’s Sake campaigns, by Labour former prime minister Tony Blair.

Mr Blair is expected to warn voters not to give the Tories a majority on December 12.

He will say: ‘This Conservative Party which now expels the likes of Michael Heseltine, disowns the statesmanship of John Major, a party whose chancellor as of July this year is now exiled in the wilderness for the temerity to say what he knows to be true, namely that a no-deal Brexit is a risk no responsible Government would take, such a Conservative Party does not deserve to govern unchecked and the country would not be wise to let them.

‘It’s not Brexit that’s getting done. We’re getting done. This is the final chance for a final say. It’s not one General Election but 650 individual ones. Think long. Think hard. Time to choose. Choose wisely.’

Ex-Cabinet minister Mr Gauke, who is standing as a candidate in South West Hertfordshire, will be introduced at the rally on Friday evening alongside his father, who has featured in his campaign videos.

Former attorney general Mr Grieve is hoping to be re-elected as the MP for Beaconsfield, while ex-minister Ms Milton is seeking re-election in Guildford.

All three are standing as independents after losing the Tory whip in September when they backed a plan to take control of the Commons timetable to pass legislation to block a no-deal Brexit.

Mr Johnson said that Sir John Major was ‘wrong’ to have endorsed three ex-Conservative independent candidates running against the party in the General Election.