One of two men found guilty of the Silk-Miller murders has been granted a retrial after the Court of Appeal found his conviction for killing the two Victorian police officers was unsound.

Jason Roberts, along with Bandali Debs, has been serving a life sentence for the murders of Sergeant Gary Silk and Senior Constable Rodney Miller, who were ambushed and killed on patrol in Moorabbin in 1998. 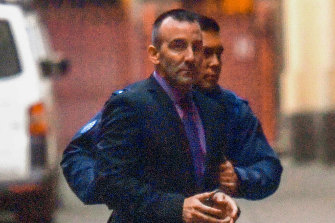 Jason Roberts is escorted into court in June.Credit:Joe Armao

The Court of Appeal on Tuesday morning quashed Roberts' conviction for the murders and ordered a retrial.

Roberts, who says he is innocent and that Debs acted alone, was granted an appeal under new Victorian laws that allow for a second appeal when there is fresh and compelling evidence.

Roberts, 39, has spent two decades in custody since he and Debs were arrested.

A date has not yet been set for a retrial. 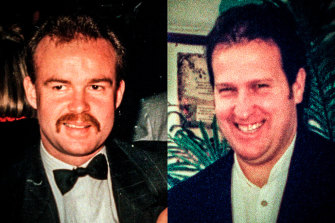 Roberts will remain in custody, but his barrister Peter Matthews said his client will apply for bail.

"Mr Roberts will lodge an application for bail, we expect in the next few days, certainly in the immediate future," Mr Matthews said.