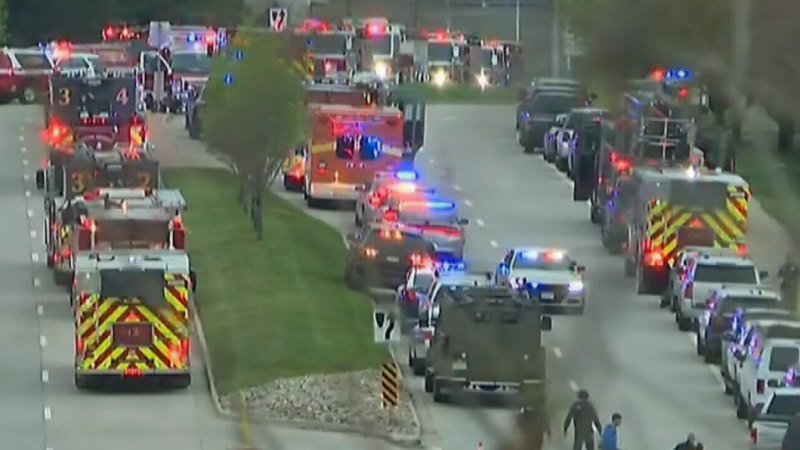 Highlands Ranch, Colorado: Two male students armed with guns have burst into a Colorado science and technology school and opened fire, killing one classmate and wounding seven others before being taken into custody, law enforcement officials said.

Several of the surviving victims of the attack at the Science, Technology, Engineering and Math (STEM) School in Highlands Ranch, a Denver suburb, were initially listed in critical condition at local hospitals and in surgery, Douglas County Sheriff Tony Spurlock said.

One of those victims, an 18-year-old male, later died of his injuries, Spurlock said a short time later.

"Two individuals walked into the STEM school, got deep inside the school, and engaged students in two separate locations," Spurlock said.

The suspects were identified only as two male students of the school, one an adult and the other under age 18, the sheriff said. The school serves students from kindergarten through Year 12. 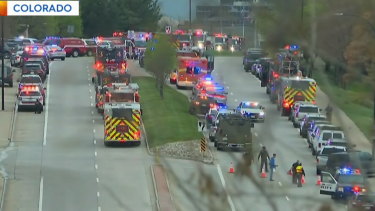 Multiple students have been injured in a school shooting in Denver, Colorado.Credit:ninevms

Television images showed police vehicles gathered outside a suburban house about 2 miles from the school, where one of the suspect was believed to live.

Sheriff's deputies arrived at the school, about 40 km south of Denver, within two minutes of the first reports, Spurlock said, and "engaged the suspects".

A man who identified himself as Fernando Montoya said his 17-year-old son was shot three times, and that one of his friends was also wounded.

"He said a guy pulled a pistol out of a guitar case and started to shoot,” Montoya told ABC affiliate Denver 7.

Law enforcement officials declined to comment on a possible motive for the rampage, saying it was too early in the course of the investigation, which was being assisted by the Federal Bureau of Investigation.

The school's county is an affluent area with about 350,000 people. It sits next to Jefferson County, home to Columbine High School, and students there are already primed to watch for gunmen.

Last month, hundreds of schools in the Denver area were closed as law enforcement searched for a Florida woman who they said had made threats ahead of the 20th anniversary of the deadly shooting that claimed 13 lives at Columbine High School, which is about 11 kilometres from the site of the shooting.

Following the shooting, school buses were delivering young children to a recreation centre to be reunited with their parents.

Some children were crying and others held hands with schoolmates as police officers, sheriff's deputies and school administrators helped them off the buses in a light rain.

Eleven buses carrying children pulled up to the centre in a matter of minutes. An ambulance also arrived and dropped off a half-dozen children. None appeared to be physically wounded, but some were crying.

Parents also were streaming into the centre, but no reunions with their children occurred outside in public view.

A man who appeared to be a pastor was walking among small groups of parents, praying with them.

The school is near a sheriff's department substation, and authorities responded quickly.

Lines of firetrucks, ambulances and law enforcement vehicles are at the scene and a medical helicopter landed on a grassy field.