A SHOCKING moment was caught on video as a huge elephant charges at a man who took his toddler daughter into an enclosure at the San Diego zoo.

According to police, Jose Navarrete, 25, planned to take a selfie with the zoo's African bull elephant and took his two-year-old daughter with him into the animals habitat.

The shocking video captured the elephant charging at Navarrete as he runs with his daughter wrapped in his arms.

The father dropped his daughter on the way out, he grabbed her again as they both narrowly escaped being trampled by the mammal.

After Navarrete and his daughter were safely out of the enclosure the elephant let out a big roar.

Witnesses in the video can be heard screaming at out "Watch out!" 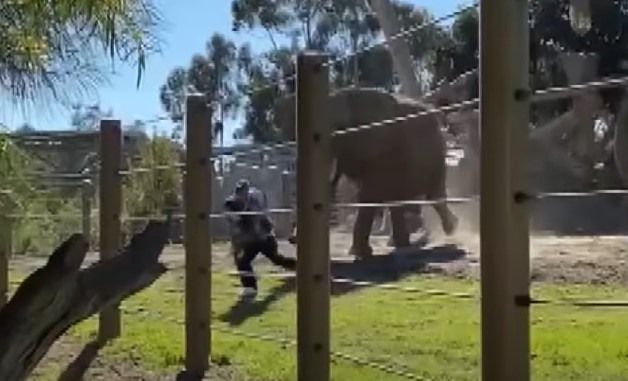 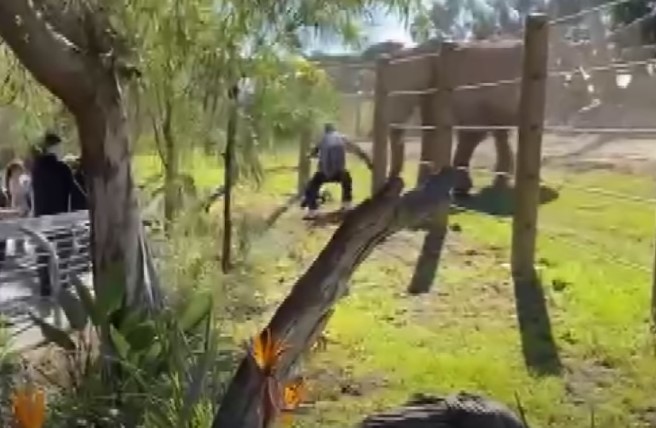 The zoo said the elephant was also unharmed.

“You hear this woman yelling, ‘Jose, stop. Jose, stop, and he jumps the fence and then he goes through the elephant enclosure, and he’s got his little girl with him who, I don’t know, had to be under 2," Ortale told the outlet.

“We told him to get out and he turned around and he saw it, thankfully, just in time,” witness Jake Ortale said. 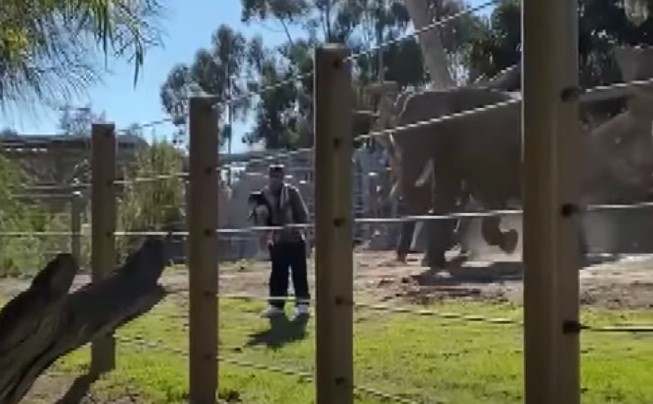 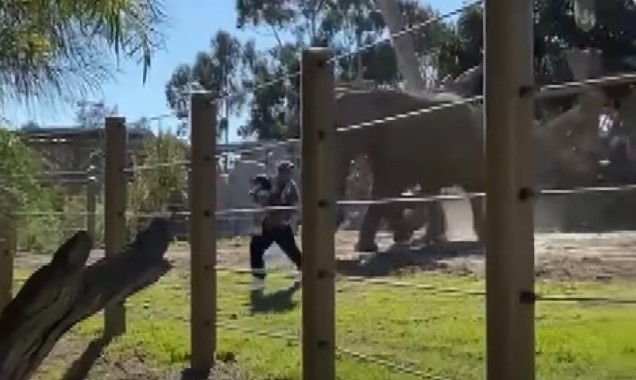 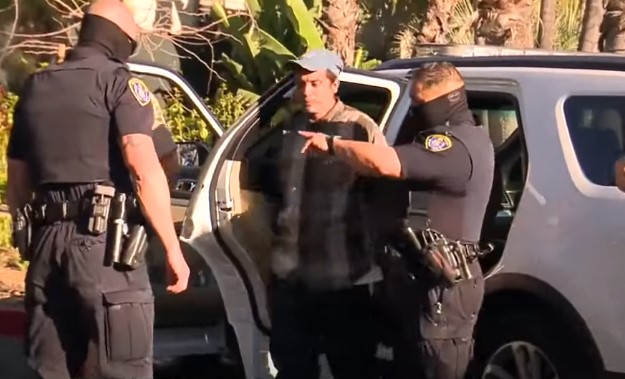 “A lot of people froze and didn’t know really how to take it in, then immediately everyone was pleading with him and then it became frantic and hysterical,” Passiglia said.

Next, he said, the elephant roared. It was a big roar. [The elephant] stuck its head up in the air and its tusks and he started trotting toward them,” Passiglia said.

“He runs, throws his baby through the gate and it’s seconds from hitting him. He jumps through the gate, falls on the ground and then it roared. … The baby starts crying and people were just mad at this guy.”

Navarrete was quickly arrested by police and was held on $100,000 bail for investigation of child endangerment, ABC News reported.

He's scheduled to be arraigned on March 30. After the arrest, his daughter went home with her mother.