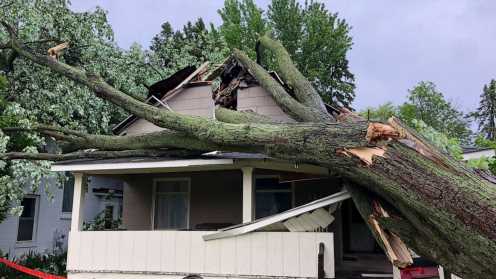 After over 180 reports of severe weather on Saturday, concerning storms will move into the Northeast on Sunday afternoon.

The storms will likely turn severe as they approach the major cities in the Northeast, including New York, Philadelphia, and Washington, D.C. There is a slight risk for severe weather from northern Virginia through parts of central New York. The main risk is damaging winds, large hail and brief tornadoes.

Any storm will also have the potential to bring torrential rain, which can cause flash flooding. 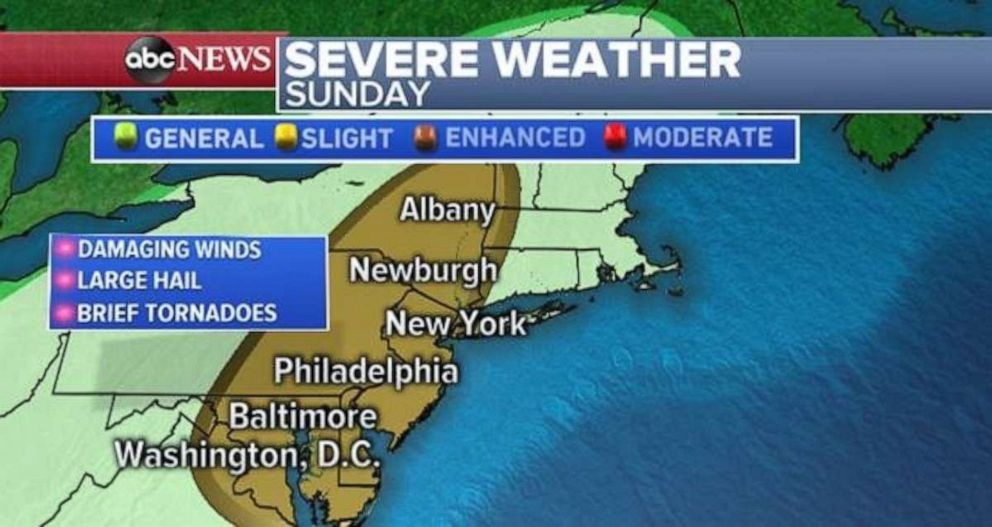 Meanwhile, a new system in the West will likely bring a round of severe weather across the High Plains, from Texas to South Dakota, both Sunday and Monday. Damaging winds and large hail are the main threats, but brief tornadoes are possible as well. 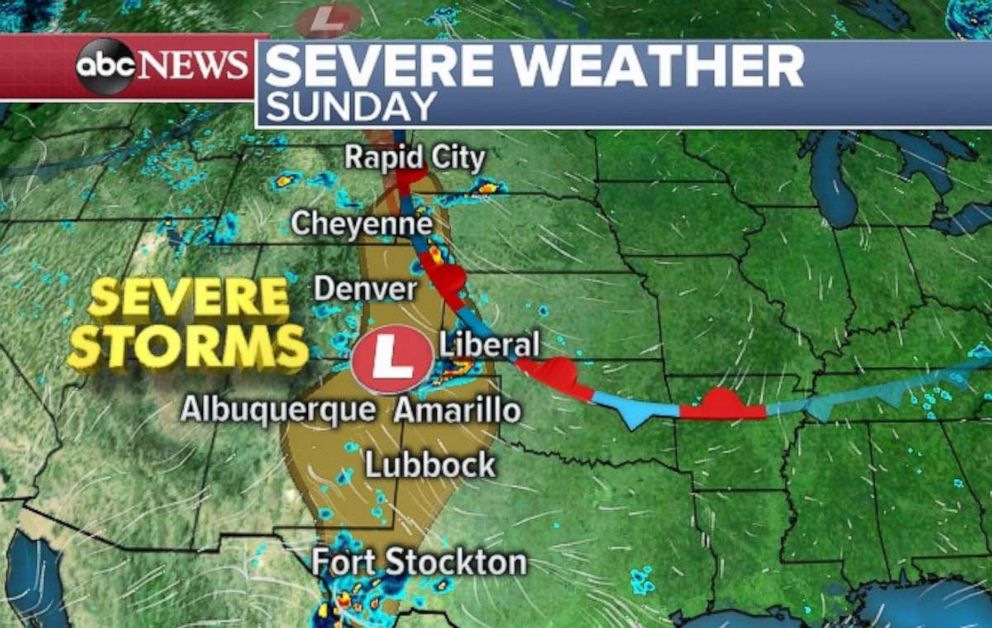 Tropical disturbance in the Gulf

A disturbance in the Bay of Campeche is looking a little more organized, with hurricane hunters investigating this system later Sunday. Currently, this system has a 60% chance of developing tropical characteristics in the next two to five days.

The latest computer guidance shows that the system will likely impact parts of the eastern Mexico coast line this week as a weak tropical disturbance.

The first tropical systems of the formal Atlantic hurricane season usually develop in this part of the Gulf of Mexico. 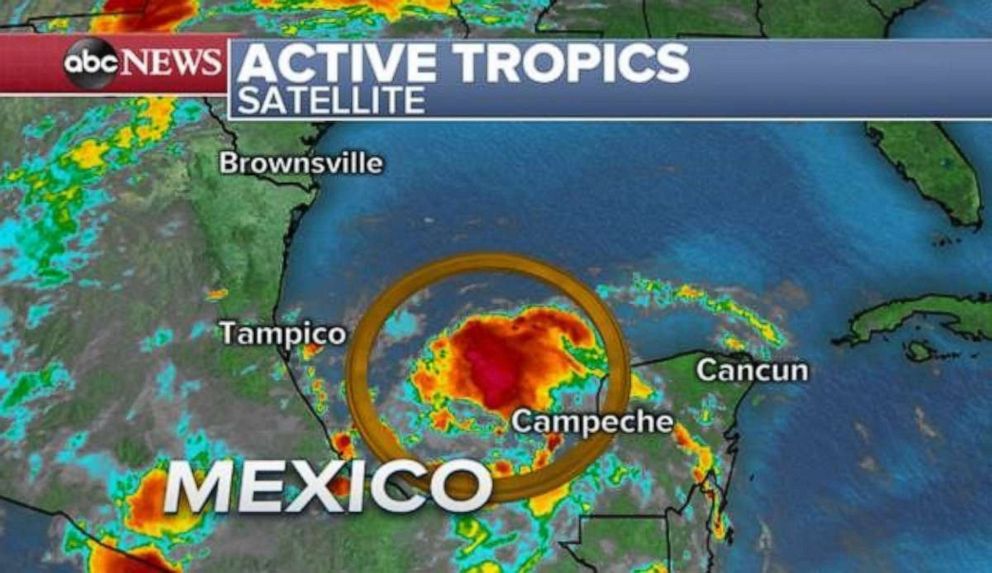 Regardless of exact track and tropical development, tropical moisture is likely to move northward into the southern U.S. in the second half of this upcoming week.

Meanwhile, a new storm will slide in from the western U.S. and move into the Mississippi River Valley. 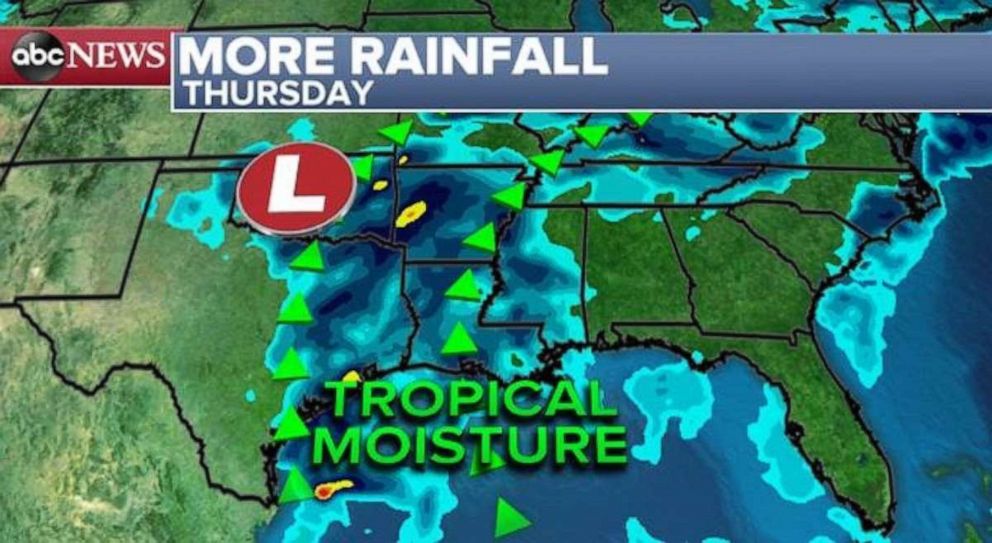 The combination of these events will likely result in heavy rainfall across parts of the southern U.S. and Mississippi River Valley, including hard-hit Oklahoma, Arkansas and Missouri.

The Mississippi River, near St. Louis, reached its second-highest level on record Saturday and is still rising. The river there is the highest it has been since 1993.

In Arkansas, major river flooding is still ongoing near the Arkansas River. Any additional rainfall will exacerbate ongoing flooding, and hamper the recession of the river. 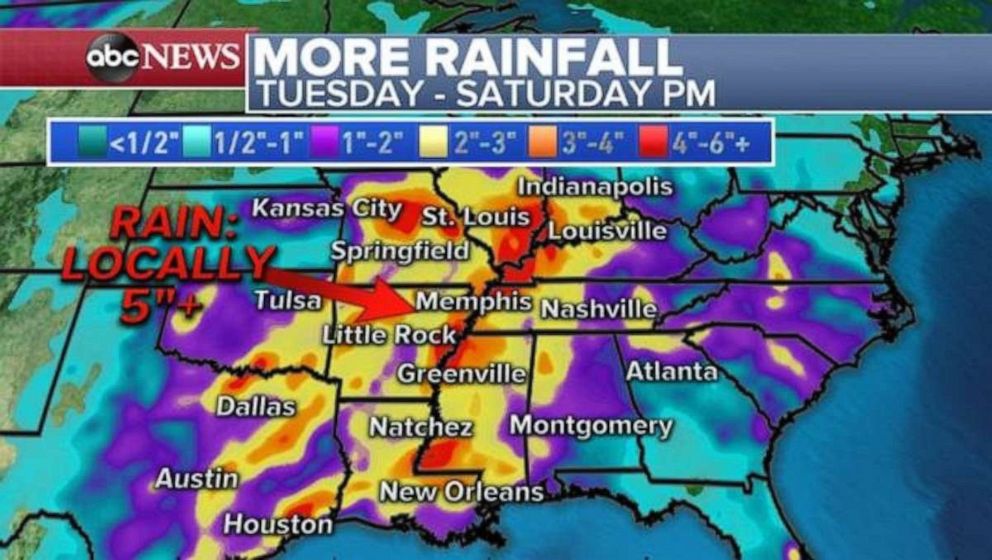