Long-standing union leader Michael O’Connor will face an election challenge by a candidate backed by the controversial John Setka as part of bitter infighting over control of the powerful CFMMEU.

Arturo “Bluey” Menon has won approval from the Australian Electoral Commission to challenge Mr O’Connor after a legal dispute over his and other candidates’ eligibility to run. 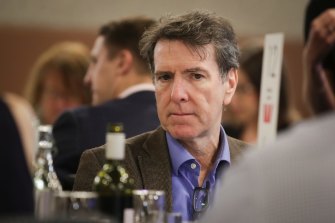 Mr Menon is part of the CFMEU Members First team (the union also uses the abbreviation CFMEU), which is backed by Mr Setka and others, and which recently held a fundraiser at the North Melbourne headquarters of the Electrical Trades Union.

Mr O’Connor, the national secretary of the union’s manufacturing division, said most of the candidates running against his team had been struck out as they were ruled ineligible by the Electoral Commission.

“It looks like the majority of people on my ticket have been elected unopposed,” he said. They include senior manufacturing division officials Jenny Kruschel, Leo Skourdoumbis and Denise Campbell-Burns.

Mr O’Connor said he looked forward to “members expressing their views” and said his ticket would be run by members, “not run by John Setka or [union official] Michael Ravbar”.

Mr Menon is an organiser in the union’s Queensland construction division, which is run by Mr Ravbar.

Members First, in a statement, said it was confident all its candidates would be declared eligible by the start of the ballot and said they were running “because we believe in the future of our union and our industry”.

It accused Mr O’Connor of financial mismanagement and of presiding over a declining union with disillusioned former union employees and delegates.

“We do not believe Michael O’Connor has acted in the best interests of union members during his time as leader,” the group said.

The Construction, Forestry, Maritime, Mining and Energy Union has been consumed by infighting since leaks from a June 2019 national executive meeting, at which Mr Setka, Victorian boss of the union’s construction division, said the work of anti-domestic violence campaigner Rosie Batty had led to men having fewer rights.

Mr Setka was convicted in 2019 of charges including harassing his wife via text message. Since then, he has pursued those in his union who he believes were behind the leaks or who failed in his view to offer him sufficient support. That includes Mr O’Connor, who was forced out of his role as national secretary of the entire union. He is now being challenged for his remaining role as manufacturing secretary.

Do you know more? Send a confidential message to [email protected]com

At the end of each day, we’ll send you the most important breaking news headlines, evening entertainment ideas and a long read to enjoy.  Sign up here.