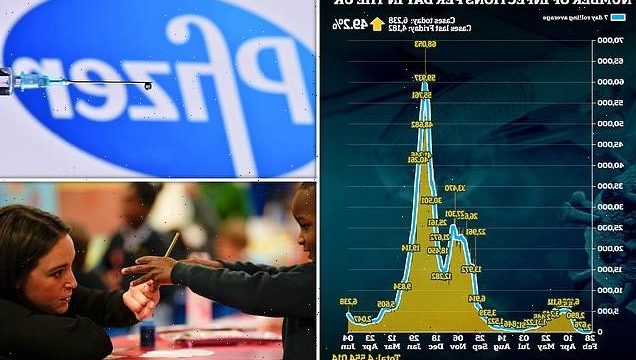 Schools are in a ‘precarious’ situation over Indian Covid as classes are sent home with nearly 100 outbreaks in the past month, unions warn

Schools are in a ‘precarious’ situation over Covid-19 outbreaks as more are having to close classes or ‘bubbles’ amid a rise in cases involving the Indian variant, unions have warned.

Paul Whiteman, general secretary of the school leaders’ union NAHT, has called on the Government to take action to reduce transmission to ensure there is no ‘further widespread disruption to education’.

It came after Public Health England (PHE) data showed there have been 97 confirmed Covid-19 outbreaks in schools that have had at least one variant case linked to them over the most recent four-week period.

This is the equivalent of around one in 250 schools.

Outbreaks of Covid-19 in primary and secondary schools are at low levels, but there has been a slight increase over recent weeks in line with higher levels of the Indian variant, also known as the Delta variant, circulating in the community. 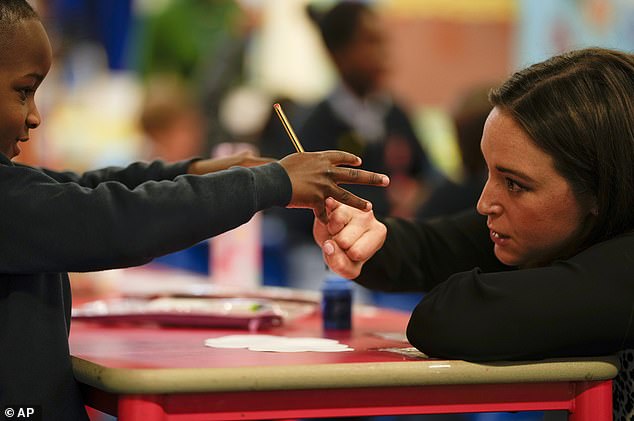 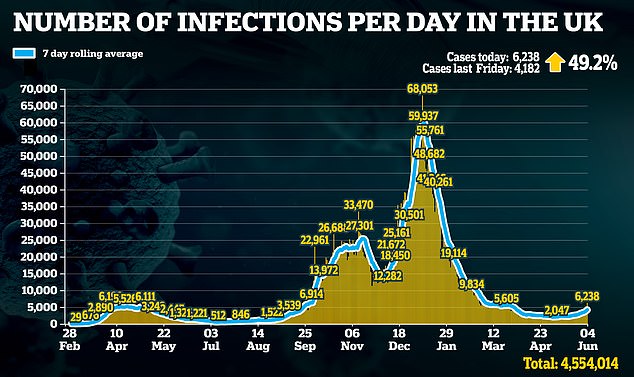 The number of people with Covid in England spiked 75 per cent in seven days to 86,000 last week, official figures show as Public Health England data showed there were 97 confirmed Covid-19 outbreaks in schools over the last 4 weeks

The Indian variant is now believed to be dominant in the UK, with early evidence suggesting it may lead to an increased risk of being admitted to hospital compared with the Kent variant.

A total of 12,431 cases of the mutation have been confirmed in the UK up to June 2, according to Public Health England.

School leaders’ unions are now warning the Government it must take action to quell high transmission rates as schools across the country were forced to close classes or bubbles in the wake of rising numbers of Covid-19 cases.

Geoff Barton, general secretary of the Association of School and College Leaders (ASCL), said: ‘Any increase of Covid cases is obviously worrying, and there is particular concern about the infectivity of the Delta variant.’

He added: ‘The situation clearly continues to be precarious, and will need to be monitored very carefully after the half-term holiday. It is essential that data is more readily available in the future.’

The latest PHE data suggests that there were 140 outbreaks of the Indian variant in schools and 62 in workplaces between January 4 and June 1.

Mr Whiteman said: ‘We have been hearing from our members that more and more schools are having to close multiple classes or ‘bubbles’, particularly in areas with higher case numbers.

‘This latest official data release appears to support those concerns.’

He added: ‘The Government must be proactive and use all the provisions of the existing contingency framework to ensure that transmission in schools is not allowed to proceed unchecked.

‘We must not sleepwalk into further widespread disruption to education.’

Dr Patrick Roach, general secretary of the NASUWT teaching union, said: ‘The data shows that Covid cases in schools are at the highest level for six months.

‘Every case in a school results in further damaging disruption to children and young people’s education.

‘All decisions on essential control measures to prevent the transmission of Covid-19 in schools and colleges must continue to be led by the scientific data and advice to ensure that staff, pupils and the public are kept safe.’

A Government spokeswoman said: ‘Attendance in schools remains high, and the data shows the steps we are taking to keep the Delta variant under control in schools are working.

‘On top of robust measures in place across the country, such as increased ventilation in classrooms and keeping to small group bubbles, we have increased the availability of testing for staff, pupils and families in areas of high prevalence. 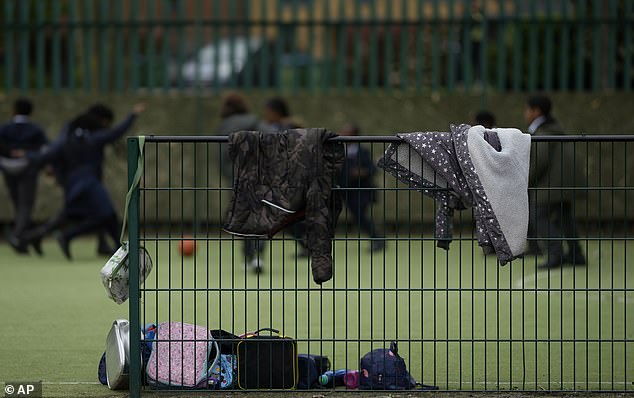 Dr Patrick Roach, general secretary of the NASUWT teaching union, said case numbers in schools were at their ‘highest level in six months’ 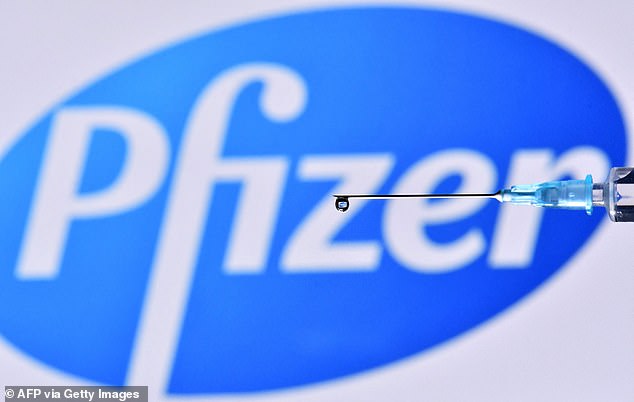 ‘We would encourage everyone to ensure they are continuing to test twice-weekly even if they don’t have symptoms.

‘Testing regularly is even more important as pupils return to school after the May half-term to reduce transmission.’

It came as the UK has approved the use of the Pfizer/BioNTech vaccine in children aged 12-15.

The Joint Committee on Vaccination and Immunisation (JCVI) will now decide whether children should get the jab.