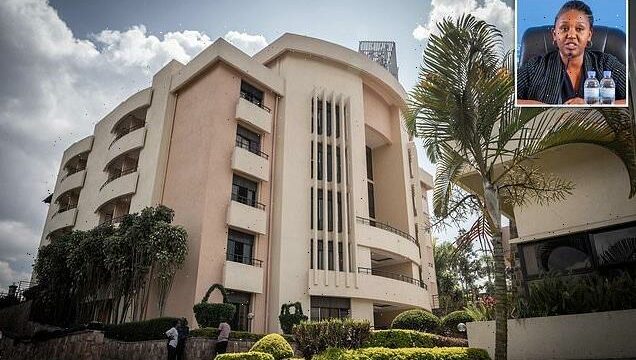 Rwanda blasted critics of its deal to take thousands of Channel migrants from Britain today – and revealed the UK has stumped up £120million to fund the scheme before even one person has arrived in Africa.

A senior official lashed out at people opposed to the scheme, saying they were unfairly casting the continent as a ‘hellhole’ and a ‘terrible place to live’.

Yolande Makolo, a spokeswoman for the government of Paul Kigame, made the claim as she revealed that Rwanda currently only has capacity to take in 200 people.

She confirmed it has received the entire initial payment for the agreement signed in April, based on it accepting thousands of people over five years.

The first deportation flight was grounded in June after a series of legal challenges and another attempt is yet to scheduled.

Last month Downing Street conceded that some cash had been paid but refused to say how much or when this had happened, saying the information was ‘confidential’. 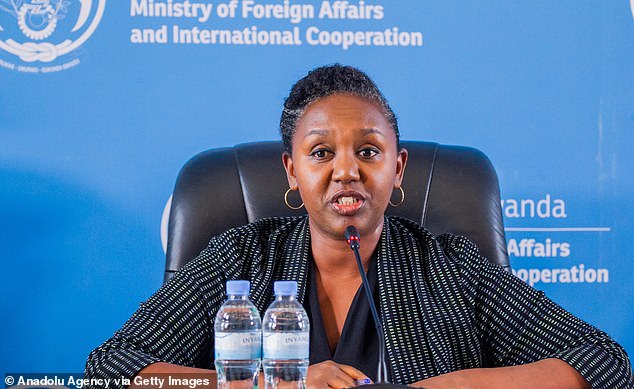 Yolande Makolo, a spokeswoman for the government of Paul Kigame, made the claim as she revealed that Rwanda currently only has capacity to take in 200 people. 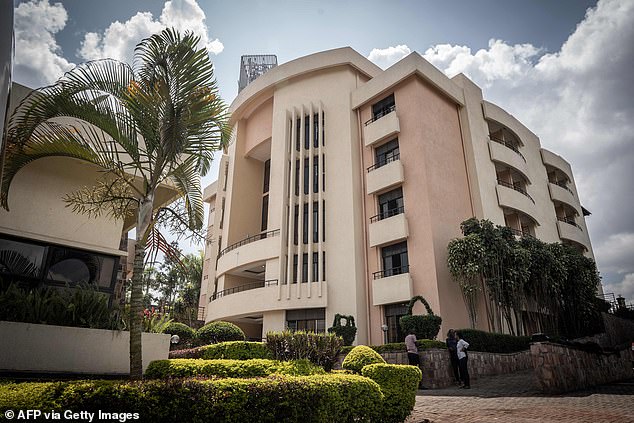 The Hope Hostel in Kigali is ready to welcome the migrants from United Kingdom, whenever they arrive. But no other facilities are yet ready.

But Ms Makolo told reporters today: ‘When you pull back and look at this with a wider lens, part of the reason people think they should be living in Europe or richer countries is they think the streets are paved with gold.

‘Part of the reason is this narrative that is cast by different media that Africa is a hellhole, it’s presented as a terrible place to live, which is untrue.’

Several asylum seekers, the Public and Commercial Services union and charities Care4Calais, Detention Action and Asylum Aid are challenging the legality of the Home Office policy, with the next court hearings due in September and October.

The ongoing court cases have raised the prospect that a flight may not be attempted again until the winter.

Some migrants issued with Rwanda removal directions have already been released from immigration detention because, as yet, another flight has not been lined up.

Earlier this week the Commons Home Affairs Committee found there is ‘no evidence’ that the policy is acting as a deterrent.

Since Home Secretary Priti Patel signed the deal, more than 1,000 migrants have crossed the Channel.

When asked by reporters how much money had already been paid by the UK, Ms Makolo said: ‘There was an initial transfer of £120 million. This has already been paid and we are already using the funds to prepare.’

Rwanda remains ‘committed’ to the partnership, she added.

Earlier this week, a High Court hearing revealed the Foreign Office advised the UK Government against sending asylum seekers to the east African nation and the country had been accused of recruiting refugees for military conflicts.

Ms Makolo said: ‘It is wrong to accuse us of that sort of thing. What we do is offer people a home and safety here.

‘We do not get involved in recruitments for whatever armed movements. Once the refugees are here, they’re under our care and the care of UNHCR (the UN’s refugee agency). So that is incorrect information. And we want to challenge that because it’s not true.’

Assertions from the former UK High Commissioner to Rwanda were ‘based on wrong information’, she added.

Ms Picard said they had already been in touch with the UK to ‘correct the record’ on the statements made, adding: ‘We want to ensure the country’s asylum process is understood by the court as being on par with international standards of asylum processing and refugee protection’.

Ms Makolo expressed ‘surprise’ at critical comments from the UNHCR about the scheme, saying they had never raised concerns with the government directly.

‘We’ve had a very good working relationship with the UNHCR for decades’, she added, while Ms Picard said the agency’s comments were ‘based on limited understanding of our asylum process’.