Sunday marks a new dawn for Russia’s fast-food lovers as former McDonald’s restaurants prepare to reopen under new branding and ownership, more than three decades after the arrival of the hugely popular Western fast food chain.

McDonald’s last month said it was selling its restaurants in Russia to one of its local licensees, Alexander Govor, after it decided to pull out of the country following the invasion of Ukraine on February 24.

The new launch will begin on Russia Day, a patriotic holiday celebrating the country’s independence, at the same flagship location in Moscow’s Pushkin Square where McDonald’s first opened in Russia in January 1990.

McDonald’s iconic ‘Golden Arches’ have been taken down at sites in Moscow and St Petersburg in preparation for the launch, making way for a new logo comprised of ‘a burger and fries’ on a green background.

The re-opening will initially cover 15 restaurants in the surrounding region.

The design drew some criticism on social media, with users observing that the new logo bears a striking similarity to that of hotel chain Marriott and Asian burger chain MOS burger.

Russian design house Logomachine ripped into the branding, declaring the design ‘unappetising’ and questioning how the strangely coloured logo would translate to illuminated signage. 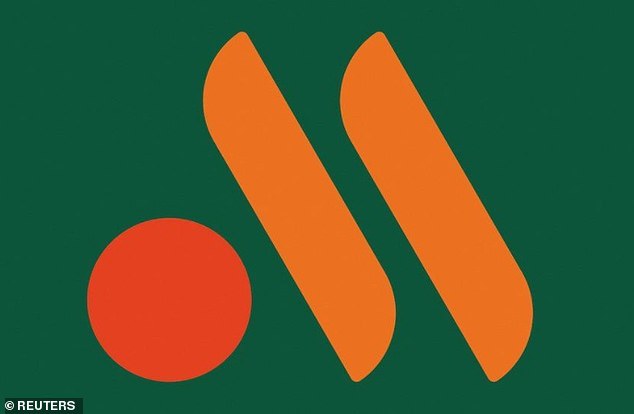 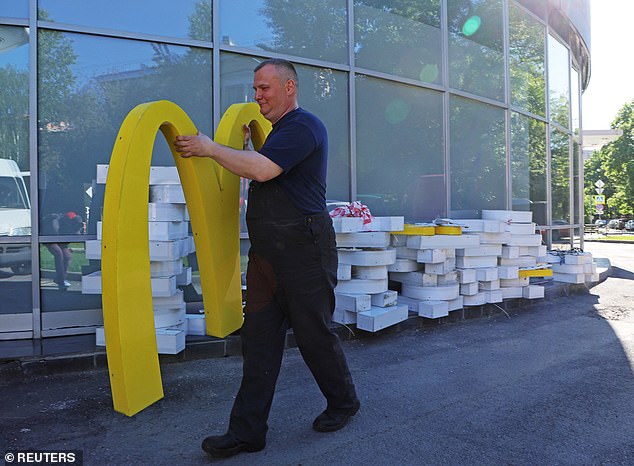 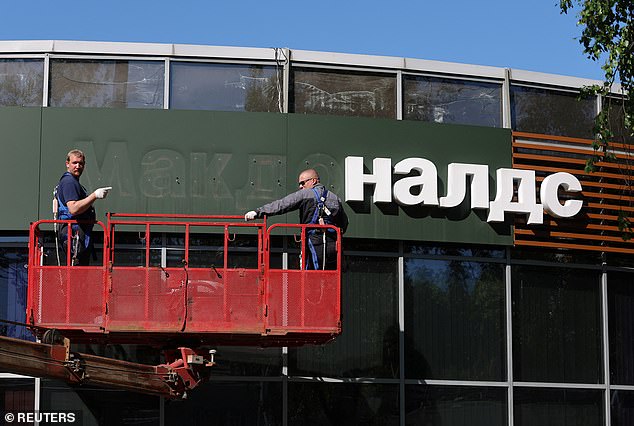 Workers dismantle a McDonald’s sign from a restaurant in Saint Petersburg, Russia June 7, 2022 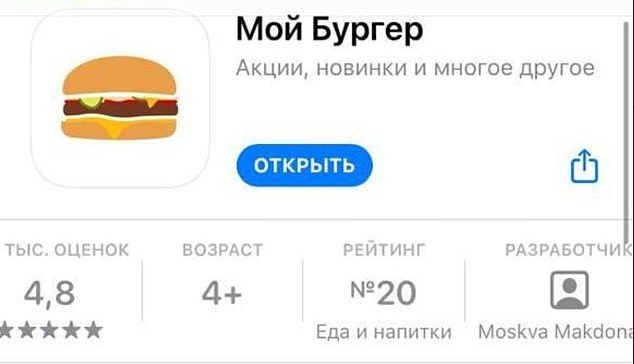 The McDonald’s app was changed to ‘My Burger’ this morning on the AppStore in Russia, but the chain’s press team said this was only temporary and did not reflect the final name of the new brand

‘Dark shades do not make you want to go inside the restaurant and order your favorite burger,’ Logomachine said.

‘Secondly, the logo violates one of the main principles of design – contrast. Red and orange elements from afar will be impossible to distinguish.’

A change in the name of the McDonald’s app on Friday to ‘My Burger’ generated some online excitement, but the chain’s press team said this was only temporary, according to Russian business publication RBC daily.

A motto on the app’s home page read: ‘Some things are changing, but stable work is here to stay.’

Russian media reported the renaming of dishes such as the Filet-O-Fish to ‘Fish Burger’ and Chicken McNuggets to simply ‘Nuggets’, though these changes could not be verified.

Govor has said he plans to expand the new brand to 1,000 locations across the country and reopen all the chain’s restaurants within two months.

But it takes decades to build a brand, said Peter Gabrielsson, Professor of International Marketing at Finland’s University of Vaasa, and the new launch is crucial for the brand’s future success.

‘Opening day is important because it is the first time consumers can really feel and touch and see the brand and what it stands for,’ he said.

‘It’s important what the reaction will be and obviously people will be comparing it to McDonald’s.’

The world’s largest burger chain had owned 84 per cent of its nearly 850 restaurants across Russia and it took a charge of up to $1.4 billion following the sale to Govor, whose GiD LLC had previously run 25 restaurants.

Oleg Paroev of McDonald’s Russia has said other franchisees would have the option of working under the new brand, but the traditional McDonald’s brand will leave the country. 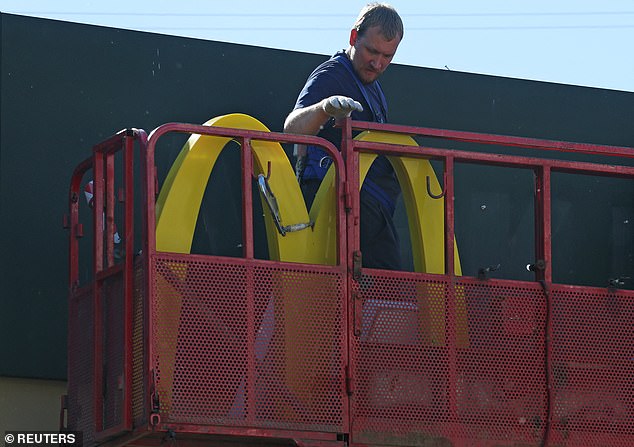 A worker dismantles the McDonald’s Golden Arches from a restaurant in Saint Petersburg, Russia June 7, 2022 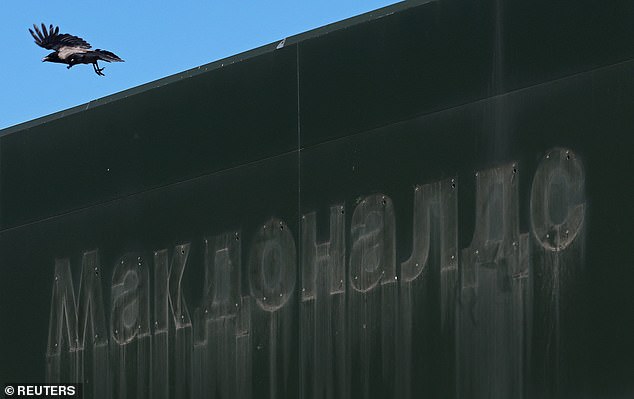 Social media users piled in on the new design

The design drew some incredulity on social media, with users speculating the new logo looks like a rip-off of the branding from hotel chain Marriott (L) and Asian fast-food chain MOS burger (R)

McDonald’s last year generated about 9 per cent, or $2 billion, of its revenue from Russia and Ukraine.

McDonald’s has the right to buy its Russia restaurants back within 15 years, but many terms of the sale to Govor remain unclear.

The TASS news agency said on Wednesday McDonald’s would stay open as usual at airports and train stations in Moscow and St Petersburg until 2023, quoting a source close to Rosinter Restaurants, another franchisee.

‘Rosinter has a unique agreement under which the American corporation cannot take the franchise away. They can operate in peace,’ TASS quoted the source as saying.

Rosinter declined to comment. McDonald’s did not immediately respond.

As the Soviet Union crumbled in 1991, McDonald’s came to embody a thawing of Cold War tensions and was a vehicle for millions of Russians to sample American food and culture.

The brand’s exit is now a powerful symbol of how Russia and the West are once again turning their backs on each other.