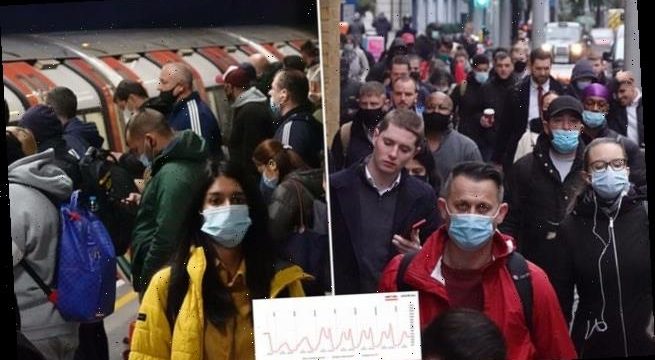 Traffic congestion soared in London this morning as more commuters headed back into the office – after demand for new cars fell to a 21-year low last month.

TomTom data revealed there were 527 miles of traffic jams across the capital as of 9am today with 1,340 jams in total – and congestion levels at 66 per cent.

This figure was up ten percentage points from 56 per cent at the same point last week, and up from an average of 43 per cent from the same time last year.

It suggests more motorists are hitting the roads than at the same point in 2019, as fewer people use public transport to get to work and on the school run. 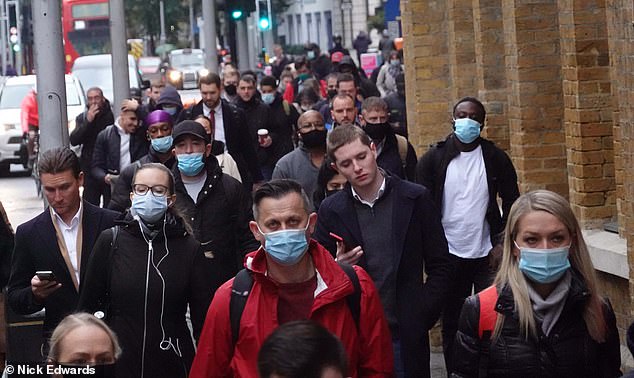 TomTom data revealed there were 527 miles of traffic jams across London as of 9am today with 1,340 jams in total – and congestion levels at 66 per cent

Public transport usage during the coronavirus pandemic is well down on normal levels, according to the most recent data from Transport for London.

Meanwhile bus usage was down 1 per cent on the previous week to 964,000, which was 55 per cent of normal demand. 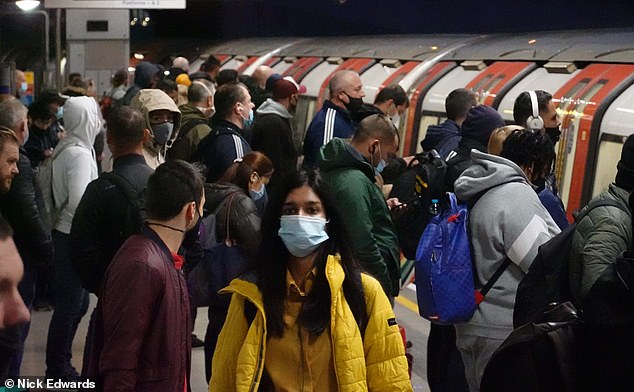 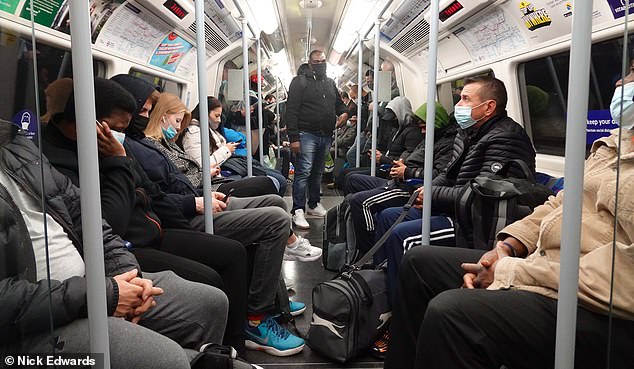 Transport for London said it cannot find Ola fit and proper to hold a new licence after discovering failures that could have risked public safety.

Ola launched in London in February as another rival to Uber and claimed it would ‘focus on drivers, safety and a collaborative approach’. Ola said it would appeal against the decision.

India-based Ola had made TfL aware of failures that had potential public safety consequences. These included historical breaches of the licensing regime that led to unlicensed drivers and vehicles undertaking more than 1,000 passenger trips on behalf of Ola, and failure to draw these breaches to TfL’s attention immediately when they were first identified.

TFL said applicants have a right to appeal against a decision not to grant a licence to a magistrates’ court within 21 days, and Ola can continue to operate pending the outcome of any appeal process.

It comes after Uber was granted an 18-month licence last week to operate in London after a judge decided it was now a fit and proper company ‘despite historical failings’.

This was the weakest September performance since 1999 when new number plates began being issued twice per year, in March and September.

Sales of battery electric and plug-in hybrid cars bucked the trend with rises of 184.3 per cent and 138.6 per cent respectively.

Overall registrations during the first nine months of the year were down 33.2 per cent compared with the same period in 2019.

SMMT chief executive Mike Hawes said: ‘During a torrid year, the automotive industry has demonstrated incredible resilience, but this is not a recovery.

‘Despite the boost of a new registration plate, new model introductions and attractive offers, this is still the poorest September since the two-plate system was introduced in 1999.

‘Unless the pandemic is controlled and economy-wide consumer and business confidence rebuilt, the short-term future looks very challenging indeed.’

The SMMT warned that the industry faces ‘myriad challenges’ during the remainder of the year, including Brexit uncertainty, the investment required to develop zero-emission capable vehicles, and the difficulty in achieving climate change targets amid stalling demand for new cars.

It expects the number of new cars registered during the year as a whole to be around 30.6 per cent lower than in 2019, which is equivalent to £21.2billion in lost sales.

Last week it was revealed Britons had rejected Prime Minister Boris Johnson ‘s call to work from home with almost two thirds of employees still heading into the office.

The Office for National Statistics said 59 per cent of UK adults travelled to their workplace at some stage in the week to September 27, down from 64 per cent the previous week – the highest since records began in May.

It brought to an abrupt halt a recent rise in commuter numbers after Mr Johnson’s U-turn last week on his campaign to get workers back to their offices.

The findings came after London Mayor Sadiq Khan demanded a £5.65billion bailout to keep Transport for London going after ticket sales declined by 90 per cent.