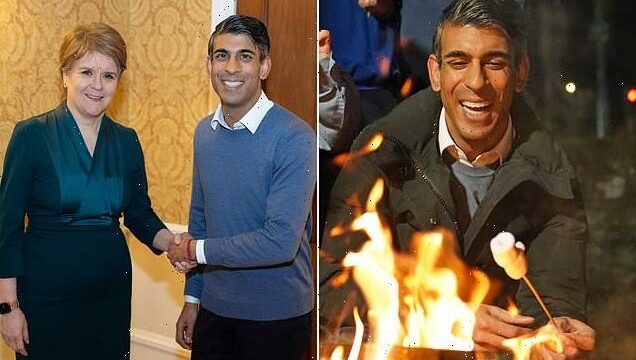 Rishi Sunak has told Nicola Sturgeon to ‘work together’ as the pair clashed over independence and gender rules during his visit to Scotland.

The PM and the SNP leader had ‘robust’ exchanges during around an hour of talks over dinner last night.

In interviews this morning, Mr Sunak said he wanted to cooperate on ‘challenges that we all face collectively around the UK’.

He also made clear the UK government is still considering how to respond to the law passed by Holyrood that would cut the age limit for changing gender identity, and remove the requirement for a medical diagnosis.

Ms Sturgeon said the discussions were ‘cordial’ – but swiped that Mr Sunak was not providing more money for the NHS.

The PM is unveiling two freeports later on the second day of his trip – but the Scottish First Minister has refused an invite to join him for the announcement, saying she has to chair a crisis meeting on the health service. 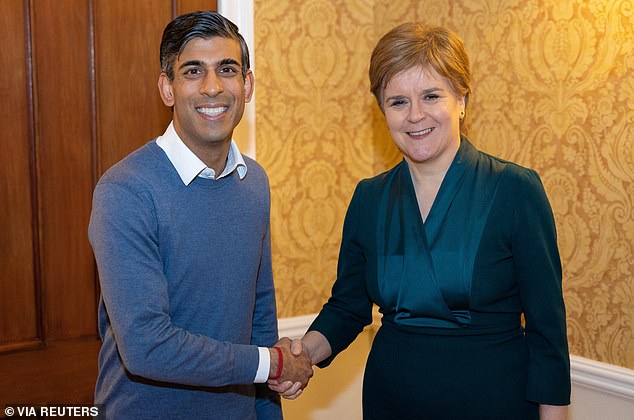 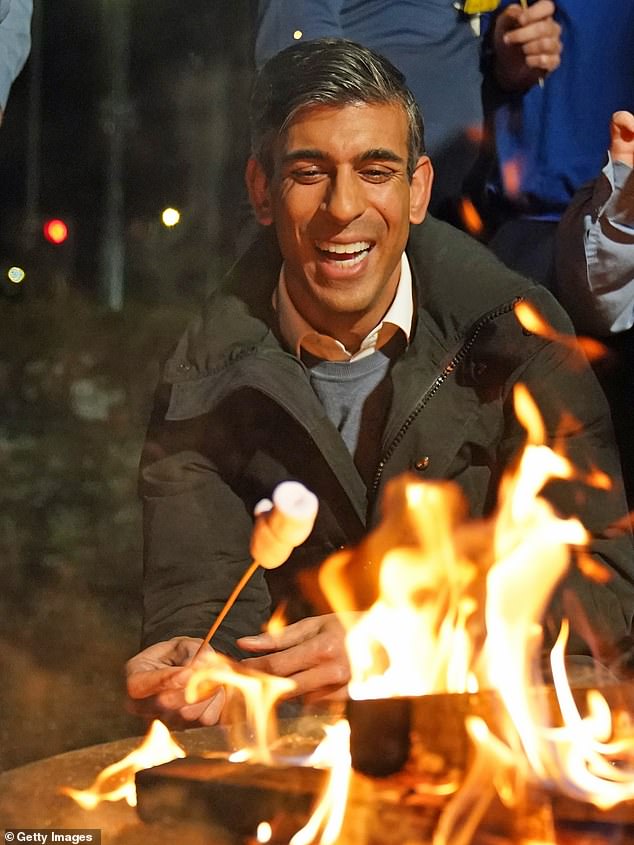 Mr Sunak said the Scottish and UK governments should continue to work on things that matter to the people of Scotland despite disagreeing on the issue of independence.

He told the BBC’s Good Morning Scotland radio show: ‘What I firmly believe is that people in Scotland want and expect to see both of their governments working with relentless focus on the issues that matter to them.

‘Right now, everyone acknowledges all our different parts of the UK are facing challenges in their NHS, we’re seeing the impact of Russia’s war on Ukraine and what that’s doing to our energy supplies, these are all really significant things that we should be working on together.

‘What I want to do is have a constructive dialogue with the Scottish Government to make sure we can continue to deliver for the people of Scotland.

‘Today’s announcement on the two new freeports is an example of us doing that.’

Ms Sturgeon said: ‘Clearly Rishi Sunak and I disagree on lots, but we were able to talk about some of the areas where the Scottish and UK governments can work together.

‘Obviously, we talked a bit about the NHS and the pressures people are living under right now.

‘We talked about how we can work together to realise the vast renewable energy potential that Scotland has.’

She told the BBC: ‘No indication from the Prime Minister of new money, but hopefully we will see strong investment in the NHS.

‘The Scottish Government continues to work hard to avert strike action in the NHS.’

Mr Sunak will reveal today that the Cromarty Firth and Forth bids have won the race to secure freeport status north of the Border. It will be a huge boost to jobs in both areas, where different economic regulations will be introduced to attract investment and improve employment.

It is likely to include a more favourable tax system for firms, such as manufacturers, looking to import goods. 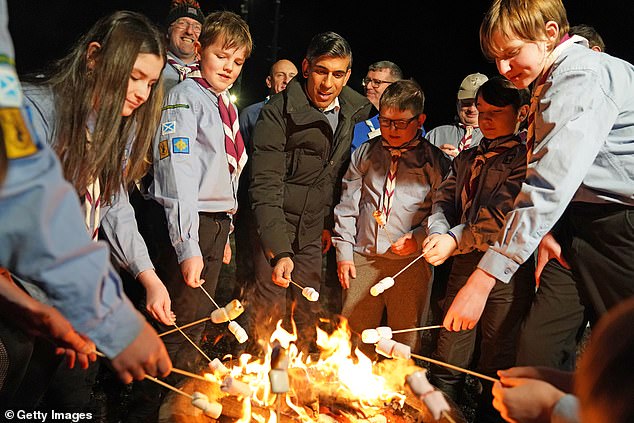 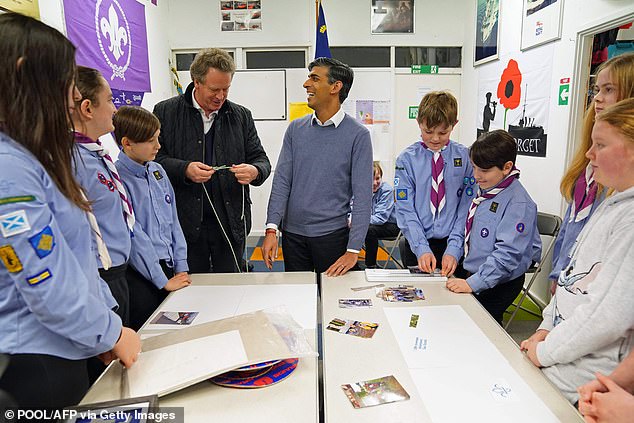 The freeports decision was made jointly with the Scottish Government. No 10 said Mr Sunak would ‘announce the joint Scottish and UK Government delivery of millions of UK Government funding which will create thousands of high-skilled green jobs, drive growth, potentially bring in billions of private sector investment and provide opportunities for people across Scotland’.

It is understood the First Minister rejected an invitation to appear alongside the PM at an event to announce the freeports today as she is chairing a meeting of the Scottish Government Resilience Room to discuss the NHS crisis.

The consortium behind the Cromarty Firth freeport has claimed it can ‘revolutionise’ the Highland economy and stimulate new manufacturing activity, creating ‘tens of thousands’ of jobs. It is backed by the operator of ports at Cromarty Firth and Inverness, as well as Highland Council and the Global Energy Group.

The Forth freeport will take in the Rosyth port and Burntisland in Fife, Leith, Edinburgh Airport and Grangemouth. Forth Ports, Babcock and Scarborough Muir Group previously claimed the plan could deliver up to £1billion of investment and 7,000 green jobs.