New Zealand has detected 14 new cases of coronavirus, comprising nine in returned travellers and five in the community.

Seven of the traveller cases are people returning from India, some via Fiji; one came from Qatar and one from the United States. They are in managed quarantine facilities in Christchurch, Auckland and Wellington. 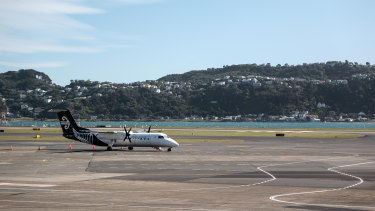 New Zealand became the envy of the world when it succeeded in eliminating community transmission of the virus by imposing a strict nationwide lockdown. The government continues to pursue an elimination strategy. Credit:Bloomberg

Minister for Research, Science and Innovation Megan Woods said the relatively sharp rise in the number of people testing positive on their return to New Zealand showed "that COVID is growing, not slowing, around the world".

The United States and India have the highest and third-highest number of cases in the world and in India, in particular, the spread of the virus is accelerating rapidly.

All people returning to New Zealand are tested on day three and then again on day 12. If a person declines a test on day 12, they can be kept in managed quarantine for 28 days. 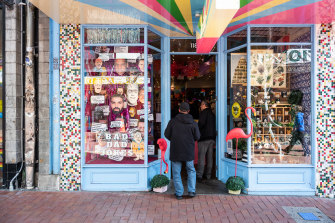 Customers wait in line at a store in Wellington, New Zealand.Credit:Bloomberg

Woods said people in quarantine were treated as if they had COVID-19 so personal protective equipment was being worn and social distancing was maintained.

She said there has not been any community case linked to a quarantine facility to date and that “we have not had an outbreak”.

The fourteen new cases bring the total number of active cases in New Zealand to 132.

A total of 123 people linked to the Auckland cluster are in a quarantine facility, and 79 of those people have tested positive.

Ten people are in hospital because of the disease, with two of those people in intensive care.
A total of 13 community cases are considered to have recovered.

Air Commodore Darren Webb said the deployment of an extra 500 Defence Force members to managed isolation and quarantine facilities was still underway. It was the largest for the force since the deploument to East Timor in 1999.