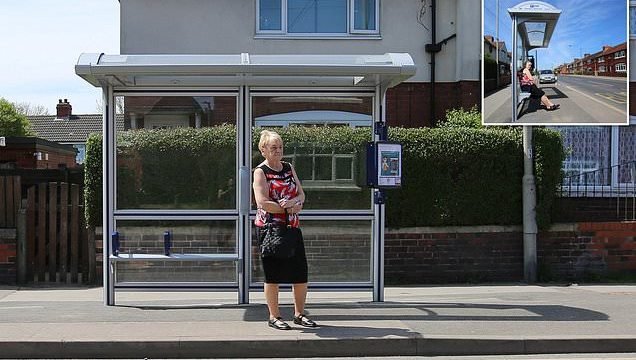 You’ll be waiting a long time! Residents left bemused after council installs a bus stop on a street with no bus routes passing through it

Residents in Rotherham were left baffled when a new bus shelter popped up on a road that is no longer served by buses.

But neighbours were confused why the shelter had replaced the rusty metal pole that was there before as bus routes in the road have been axed.

Council officials were forced to apologise for the mistake and claimed they were unaware the two-bus-a-day service along the road had been cut in March. 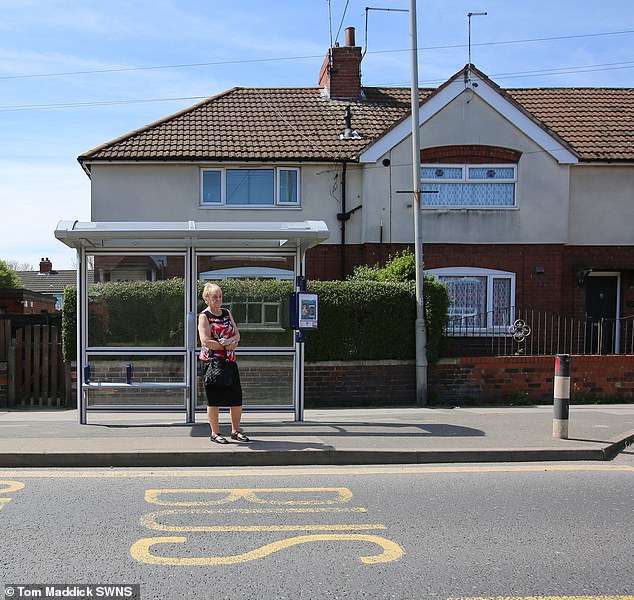 A £6,000 state-of-the-art bus stop sprung up in Tickhill Road, Rotherham earlier this month. Pat Woodhouse (pictured) and other residents were bemused because buses no longer run there

A notice currently attached to the unused shelter reads: ‘Please note that this bus stop is no longer in use.’

Locals have slammed the South Yorkshire Passenger Transport Executive (SYPTE) for wasting thousands of pounds that could have been spent elsewhere.

‘At the time I didn’t know the route had stopped but before that buses only came down the road twice a day so it wouldn’t have been worth spending £6,000 on a stop.

‘When I found out the route had stopped altogether, I couldn’t believe it, I just thought ‘what a complete waste of money’.

‘There are so many important things to spend money on but they go and blow thousands on this.’ 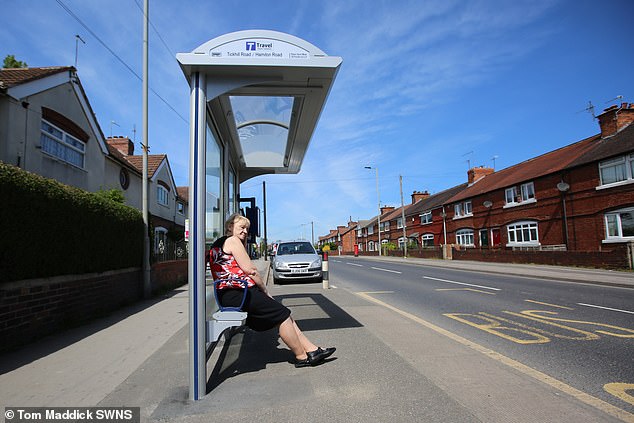 Pat Woodhouse, 67, from Rotherham, added: ‘What a waste of money, with the new time table it’s pointless.

‘It would be better off somewhere a bus stop serves the local community.’

Ex-councillor Carol Stringer, who is in her seventies, said: ‘There’s no buses running along that road but they’ve gone and put a bus stop in, it’s ridiculous.

‘I’ve been campaigning for the council to put a 20mph sign up on a nearby road used by lots of schoolchildren.

‘They refuse to put that up but then go and spend £6,000 on a useless bus shelter, it’s unbelievable.’ 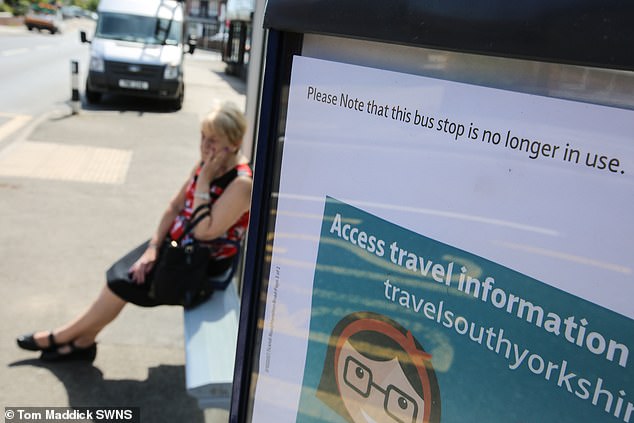 A notice currently attached to the unused shelter in Rotherham, South Yorkshire, reads: ‘Please note that this bus stop is no longer in use.’

The shelter was commissioned by SYPTE, which is supervised by the Sheffield City Region Combined Authority.

A SYPTE spokesman said plans for a new shelter on Tickhill Road were put in place as part of an agreement between the authority and a property developer.

At the time of the deal officials hadn’t yet arranged for a bus route to be moved from the residential road, they claimed, adding: ‘We are reviewing our installation processes to prevent this, where possible, from happening again.’

Residents hope the bus stop in Tickhill Road will be moved to nearby Hamilton Road, which is served by buses. 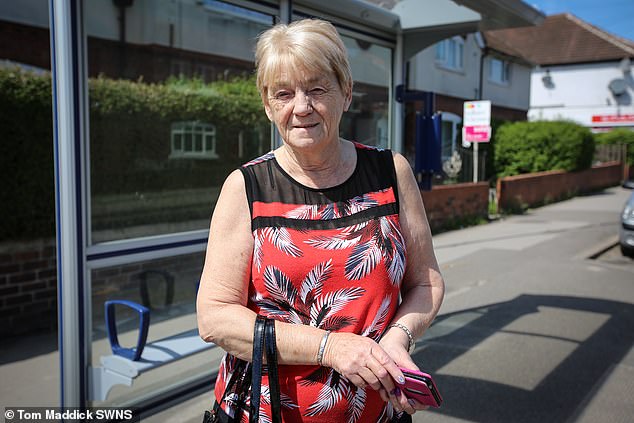 Pat Woodhouse, 67 (pictured) from Rotherham, added: ‘What a waste of money, with the new time table it’s pointless.’