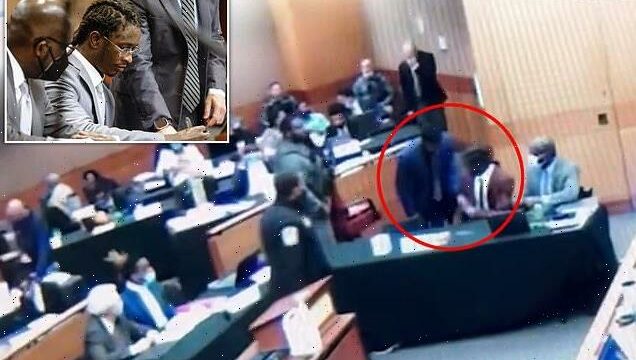 The star is seated next to his attorney when his co-defendant Khalieff Adams walks over and drops something into his hand in dramatic court room surveillance footage obtained by WSB-TV.

Prosecutors claim the two exchanged a Percocet pill in a motion filed to Fulton County Court, Atlanta, on Thursday. 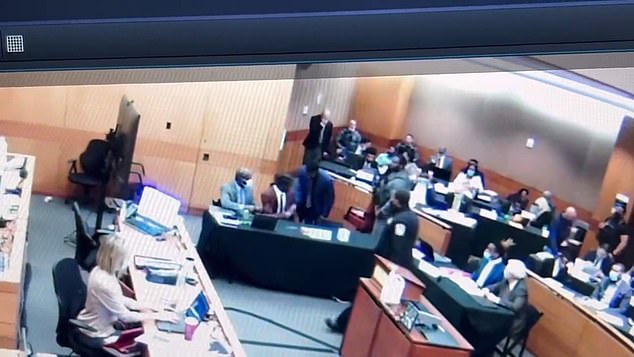 Young Thug, whose real name is Jeffrey Lamar Williams, is facing 62 charges relating to his participation in the criminal street gang Young Slime Life. If convicted the grammy award-winning ‘This is America’ rapper will be jailed for up to 20 years.

Bailiffs were standing close-by as they watched the drug deal unfold and quickly swooped in.

Deputies then searched Adams, who is already serving a life-without-parole sentence for murder, and found him in possession of Percocet, Marijuana and tobacco wrapped in plastic and food seasonings to conceal the odor.

Percocet is a Schedule 11 opioid.

Authorities are reported to have then taken Adams to the nearby Grady Hosptial after he appeared to ingest other items of contraband he had on him.

Jury selection was paused Wednesday as a result of the deal. 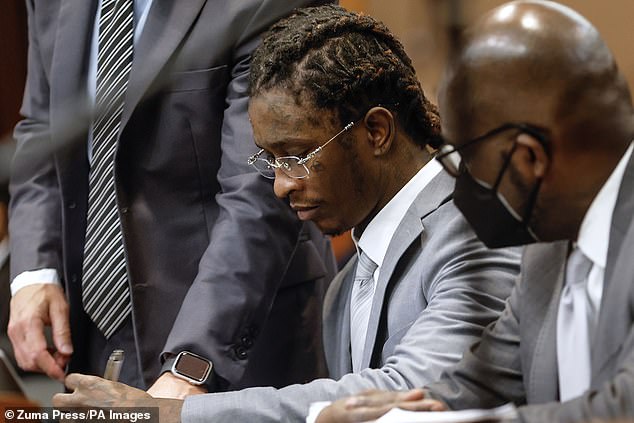 Grammy award-winning rapper Young Thug, whose real name is Jeffrey Williams, is on trial for his involvement in criminal gang Young Slime Life and could face up to 20 years in jail 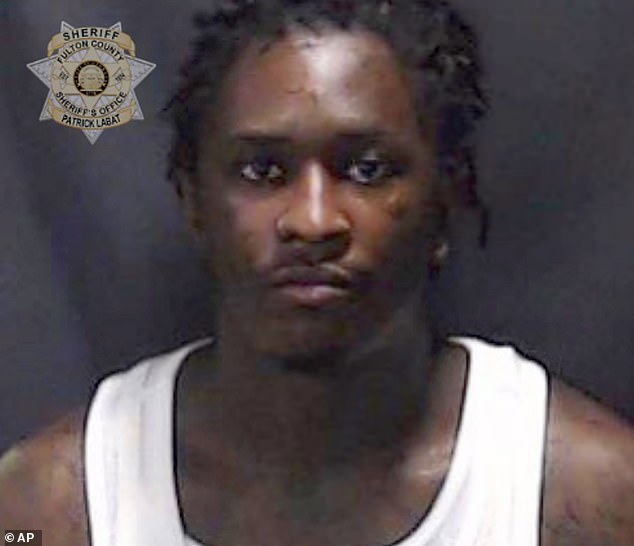 A motion to the court read: ‘Defendant Adams, who is currently serving a life-without-parole sentence for murder, conducted a hand-to-hand drug transaction with Defendant Jeffery Lamar Williams, in open court.’

In a statement to the Atlanta Journal-Constitution, he said: ‘ These allegations are simply that: mere statements made by the State in an effort to thwart the lengthiness of the jury selection process.

‘Mr. Adams adamantly maintains his innocence and looks forward to the conclusion of this trial.’ 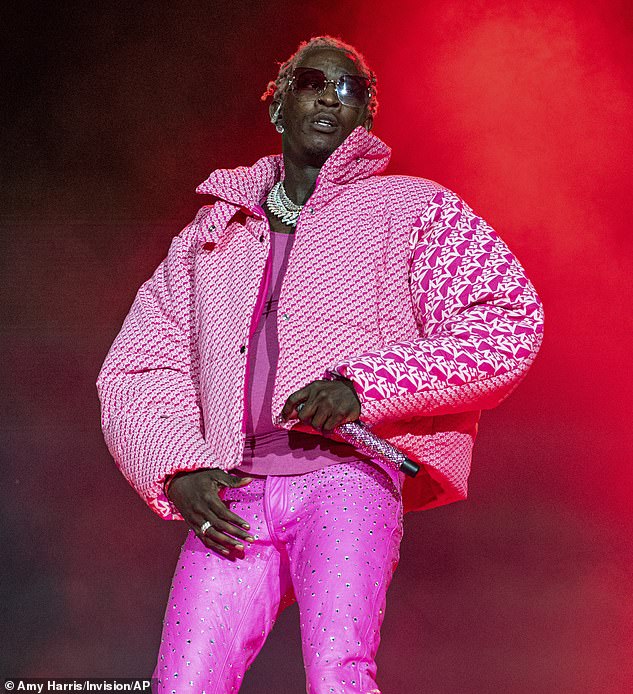 Keith Adams, an attorney for Williams said: ‘The state´s motion is replete with factual inaccuracies, embellishments and attempts to make Mr. Williams responsible for someone else´s actions.

‘The end result of an investigation into (Wednesday´s) incident was that Mr. Williams was not engaged in any wrongdoing.’

The trial for Williams and 13 others is expected to last six to nine months.

The gang faces charges of racketeering conspiracy and participation in criminal street gang activity as well as drug and gun charges.

It comes as the trial has already been plunged into chaos by delays to jury selection.

Many potential jurors have been trying to get out of serving and there have been alleged attempts to smuggle contraband to defendants also causing delays. 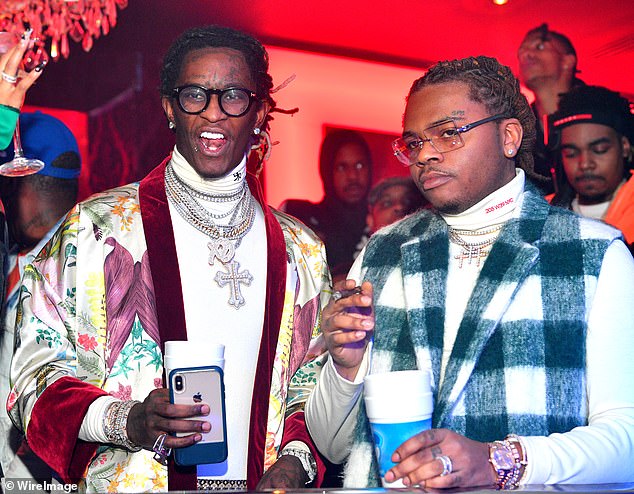 Young Thug, who is accused of being the ‘general’ in criminal street gang Young Slime Life (YSL), faces six additional felonies related to possession of illegal substances and illegal firearms linked to the case. The initial indictment contained 56 counts against 28 people, including rapper Gunna for their alleged involvement in nearly 200 crimes. Pictured: Young Thug and Gunna in 2019

About 600 potential jurors were summoned earlier this month, and after several weeks of the judge and lawyers hearing from those who want to be excused, not a single juror has been seated.

One defendant’s mother was arrested Tuesday, accused of bringing “tobacco products” to her son in a bag of clothes, the Atlanta Journal reported.