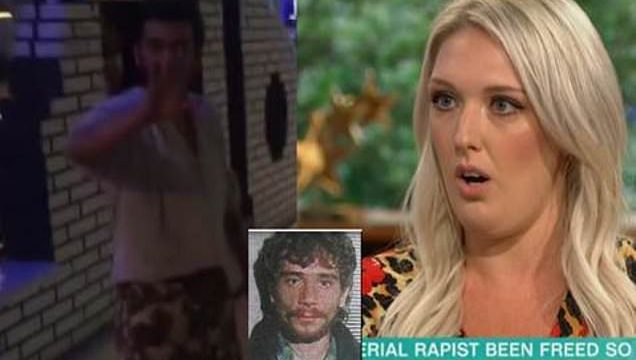 This is the moment the rapist known as The Beast of Kavos was confronted as he sat in a bar at the resort after being released 45 years early from prison.

Dimitris Aspiotis was handed 52 years in prison for attacks on the party island of Corfu. But the 47-year-old served just seven years and has been allowed to return to the village in which he raped British holidaymaker Kayleigh Morgan in a 14-hour ordeal.

An ITV camera crew revealed that Aspiotis is regularly allowed to drink in bars in Kavos as This Morning reporters confronted him about his rapes or more than 100 women.

Shocking footage showed him covering his face with his hands and refusing to answer questions from reporter David Blackmore as he scurried away into the dark corners of the venue. 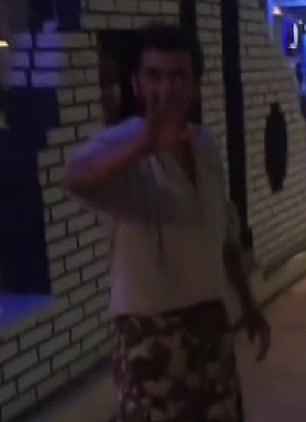 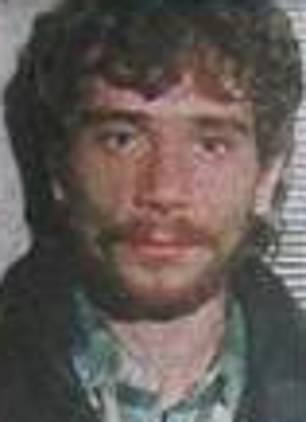 The Beast of Kavos (right, in his mugshot, and, left, being confronted by ITV cameras) is free to drink in the village where he preyed upon his victims 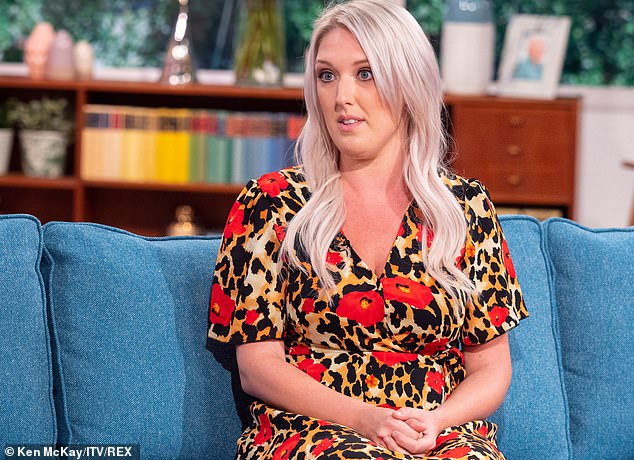 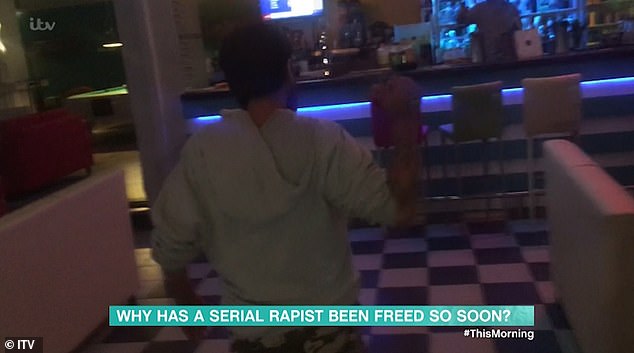 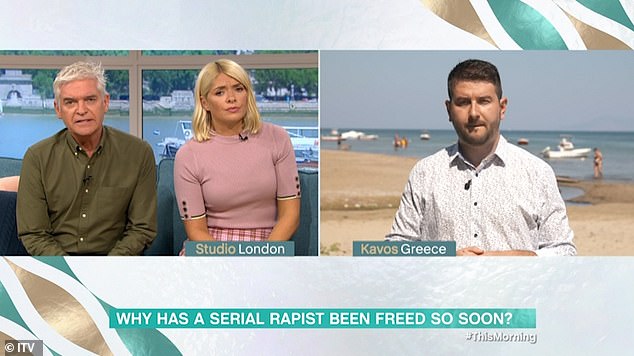 Bars are said to be worried about acts of revenge if they take action to ban the rapist as repairs to the buildings could be costly and affect tourism. 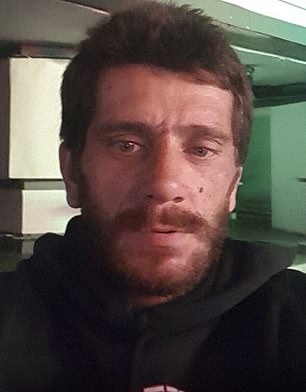 She accused both locals and the police of ‘not having your back’ if you have been raped by Aspiotis.

Recalling the moment she reported her rape to the police, she said officers immediately went and got a mugshot of Aspiotis and said: ‘It was him wasn’t it?’

‘It makes me feel sick that they knew he was out there,’ she said, adding that in the community he was known as Jimmy the Rapist.

He was so notorious, she said, that a bar owner rang his phone when he took her to say that they knew he’d kidnapped her because he was missing at the same time as Kayliegh.

Aspiotis was convicted of raping Kayleigh in 2012, when he was also found guilty of raping another three British women during a 46-day rampage – but he is believed to have struck many more times.

Kayleigh waived her anonymity to speak out about the attack, which happened when she was working as a holiday rep in 2010. 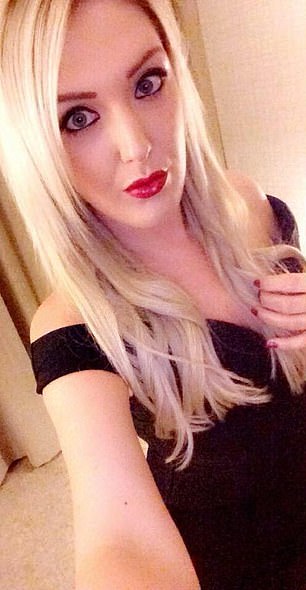 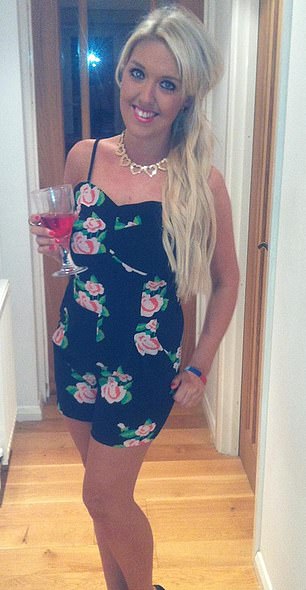 A judge told to put the incident behind her and enjoy her life by a judge after she gave evidence against Aspiotis at his trial. She was not informed of his release.

She told the Sunday People how she was attacked during an afternoon walk along the beach.

Aspiotis left her partially sighted and scarred after punching her in the face and stealing €1,000 she had collected from her customers.

He then dragged her by her hair into the woods to rape her five times at knife point.