BIZARRE video shows a pensioner threatening to “beat the s***” out of a London bus driver in a foul-mouthed rant after he allegedly went past the stop.

The driver called the raging OAP a "c***" during the bust-up in front of stunned passengers on the 31 from Camden to White City. 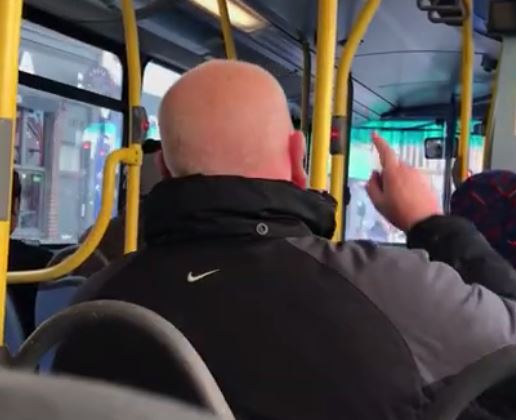 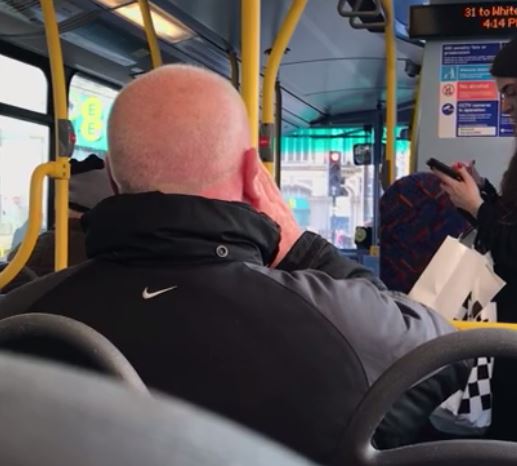 The passenger, who has a Scottish accent, started his tirade of abuse because he believed the driver had gone too far past his stop.

The driver tried to reason with the disgruntled passenger by saying: “Couldn’t you see there was a bus in front of me?"

The pensioner loudly shouts back: “Well wait until he moves the f***ing bus!” and then “Oh, shut up.”

The drive his back telling the Scotsman to “start walking c***.”

In the footage, passengers can be heard saying “oh please be quiet” as one is secretly filming the encounter.

The pensioner and driver exchange comes to a boiling point as the Scotsman yells: "I’ll f****ing punch your head in.

The bus driver hits back: “I’ll do the same thing.”

A witness to the said the pensioner got off at the stop after the video ended, but kept swearing at the bus driver and shouting through the window.

They said: “The Scottish bloke started complaining because the driver stopped a little further up the road and not directly at the bus stop.

"The bloke had clearly had too much to drink but he was upsetting other passengers.”

The Sun Online contacted Transport for London for comment.