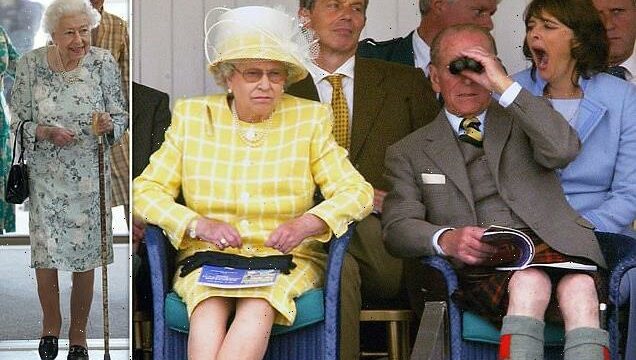 The Queen is ‘carefully considering’ whether she is fit enough to attend the Braemar Games next weekend as concerns grow over her mobility issues, The Mail on Sunday understands.

The Highland Games, which are often attended by the Queen and the Prime Minister of the day, are usually a highlight in the monarch’s calendar.

This year’s competition – which will see contestants battle it out in caber-tossing and tug-of-war in front of spectators – is the first to be held since the start of the pandemic.

A source revealed last night that the Queen is keen to attend if her health will allow it. She was last seen in public on July 21, when she flew to Aberdeen Airport to begin her annual holiday at Balmoral. 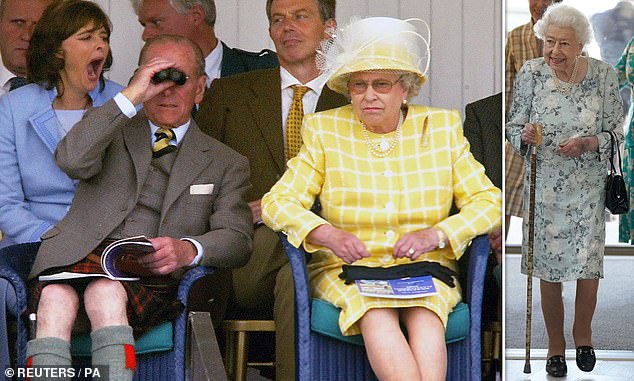 The source added that in the past fortnight, Her Majesty has been delighted to receive ‘family visitors’ at her Scottish estate with ‘lots of the great-grandchildren’. The Duke and Duchess of Cambridge with their children Princes George and Louis and Princess Charlotte headed up last week, while the Earl and Countess of Wessex and their children Lady Louise and Viscount James have also been to visit.

The Highland Games, which are often attended by the Queen and the Prime Minister of the day, are usually a highlight in the monarch’s calendar

Prince Andrew had also been in Balmoral, keen to speak to the Queen about whether it is possible for him to carve out a new working role within the Royal Family, according to the source.

Another source added that there had been ‘a change in the past few weeks’ in the Queen’s mobility, which meant that she was ‘resting’ a lot more.

The 96-year-old is likely to concede that she will no longer be able to fly down to London to appoint a new Prime Minister. It had been hoped the Queen would head to Windsor Castle or Buckingham Palace to fulfil what is known as her ‘personal prerogative’ – to invite a new leader to form a government.

But her health on recent days ‘may make it unlikely’, according to a well-placed source. The decision will be announced this week.

The nine-mile trip to Braemar for next weekend’s games, however, may yet be possible.

Queen Victoria began the Royal tradition of attending the Braemar Games in 1848. It has been continued by the Queen, who has rarely missed the event.

The games – held on the first weekend in September – usually coincide with the annual visit from the Prime Minister, although politicians and their partners don’t always see the appeal.

When Tony Blair attended with wife Cherie in 2003 she was famously pictured yawning.

For the monarch, and certainly for Prince Philip until his death last year, it has been an enjoyable part of the annual stay at Balmoral.

Yet given the precarious nature of the monarch’s condition, aides may only confirm Her Majesty’s attendance on the day.

Special measures have been put in place to ensure her comfort on her summer break this year.

The traditional public inspection of the guard when she moved into the main house was scrapped and replaced with a simpler ceremony away from the cameras. At the Queen’s Craigowan Lodge in Balmoral, a stair lift has been installed and a motorised buggy is on hand to transport the Queen around the estate.

While the Queen had previously resumed horse riding, the recurrence of what aides have described as ‘periodic mobility issues’ has made that much more difficult. A source said: ‘The Queen’s condition is not what you would call ideal, but then Her Majesty is 96 after all.’

They added that talks would be held this week to confirm where the meeting with her 15th Prime Minister would take place on September 6.