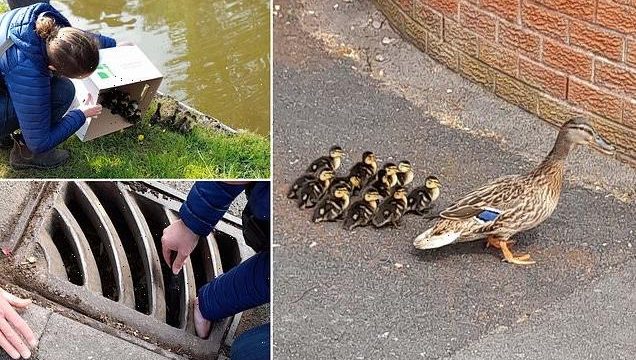 Quacking effort! Animal lovers use a LADLE to rescue four baby ducklings who got stuck down a drain

Four ducklings stuck down a grate were rescued as a community came together to retrieve them with a ladle.

The ducklings’ mother was growing distressed before locals stepped in to lend a hand and safely transport the family back to the water.

Andy Ryan, a production editor, spotted a duck with some ducklings on the pavement as he was walking to his home in Penkridge, Staffordshire, on Wednesday lunchtime. 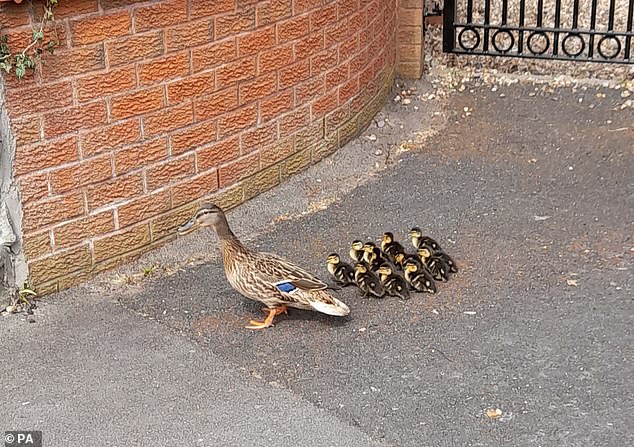 Four ducklings stuck down a grate were rescued after a community came together to retrieve them with a ladle. Pictured: ducklings reunited with the rest of their family after being rescued 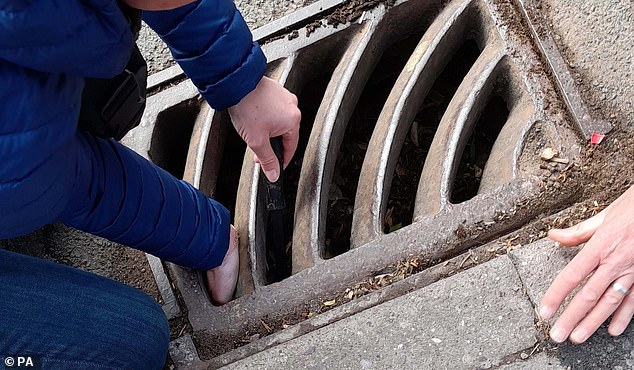 He said: ‘I kept walking for a minute before I stopped and wondered how they were going to get to the water – it was quite a few minutes’ walk away from the nearby canal, and that’s with human legs.’

He said he tried to encourage them to go in the direction of the canal, but the mother duck refused to go more than 30 yards.

‘It was quacking loudly and was evidently stressed,’ he said.

Mr Ryan, 45, said he was soon joined by other locals trying to help, and one of them – a postman – spotted some ducklings trapped under a grate.

Mr Ryan said: ‘One guy fetched some tools to try to pry up the grating – that didn’t work. 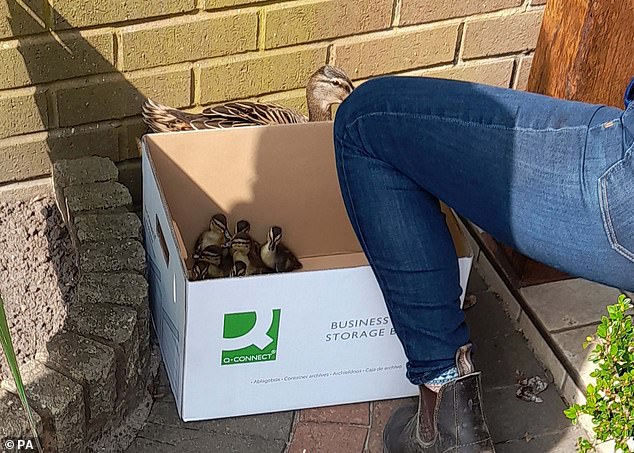 ‘Then a lady ran over with a long plastic ladle.

‘She and the tool guy somehow extracted four tiny trilling birds from between the narrow grates.’

When the birds still seemed reluctant to head off to the water, one of the rescuers retrieved a box and they put the ducklings inside.

Mr Ryan said: ‘The mother duck got distressed again, but she eventually got the picture.

‘Presumably she could hear her children – and she waddled after the lady to the canal, while a few more of us followed from behind to ward off the duck’s occasional attempts to wander into the road or into someone else’s garden.’ 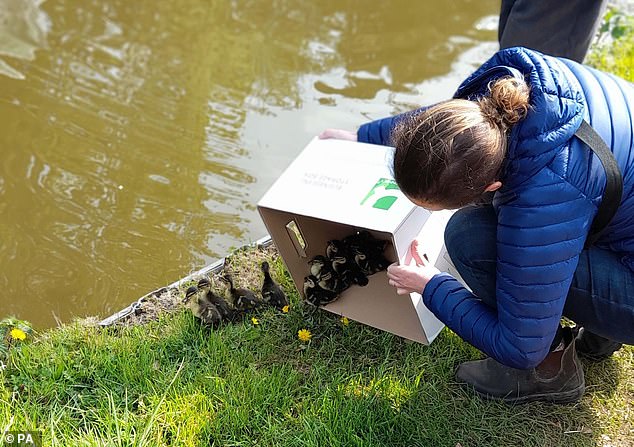 Safe at last: ducklings were taken back to the water after being rescued from a drain nearby

Eventually they left the ducklings by the canal and the birds followed their mother into the water.

Mr Ryan returned later in the day and found they were still ‘swimming happily together’.

He added: ‘The whole experience made me feel proud to live in a community where everyone pitches in to help our most vulnerable, albeit non-human, members.’