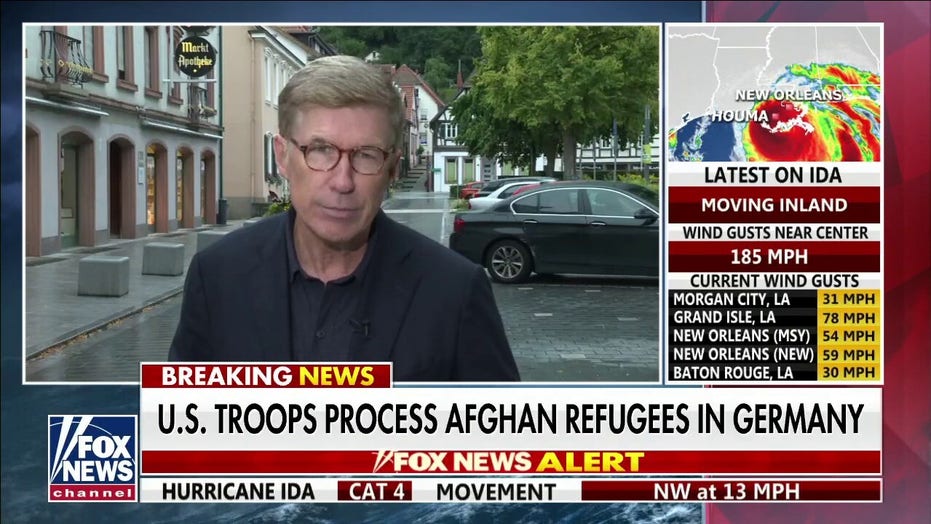 Qatar’s top diplomat said Thursday that experts are racing to reopen Kabul’s airport but warned it was not clear when flights would resume, with many still desperate to flee Afghanistan’s new Taliban leaders amid concerns over what their rule will hold.

In the wake of their rapid takeover, the Taliban have sought to calm those fears, including pledging to let women and girls attend school and allow people to travel freely. But many are skeptical, and Britain’s foreign minister stressed the importance of engaging with the new rulers to test their promises.

In a reflection of those anxieties, dozens of women protested outside the governor’s office in the western province of Herat to demand their rights be protected. They shouted slogans and urged the country’s new leaders to include women in their cabinet – a remarkable demonstration of the transformation in women’s lives in the past 20 years.

When they last held power in the late 1990s, the Taliban imposed a repressive rule, meting out draconian punishments and largely excluding women from public life. On Thursday, Taliban fighters prevented the female demonstrators from seeing the governor as they demanded, but they did not break up the rally.

Amid uncertainty about Afghanistan’s future, tens of thousands raced to flee the country in a frantic U.S.-run airlift that ended ahead of the final American withdrawal earlier this week. A suicide bomber targeted the evacuation efforts at one point, killing 169 Afghans and 13 U.S. service members.

Kabul’s airport, a major way out of the country, is now in Taliban hands but is closed, and Qatari Foreign Minister Mohammad bin Abdulrahman Al Thani warned Thursday that there’s still “no clear indication” of when it will reopen.

A team of Qatari and Turkish technicians flew to Kabul on Wednesday to help restart operations at the facility, which the U.N. says is crucial to providing the country with humanitarian assistance. It remains to be seen, however, whether any commercial airlines will be willing to offer service.

“We remain hopeful we will be able to operate it as soon as possible,” Al Thani told reporters in Doha. “We are still in the evaluation process. … We are working very hard and engaging with the Taliban to identify what are the gaps and the risks for having the airport back up and running.” 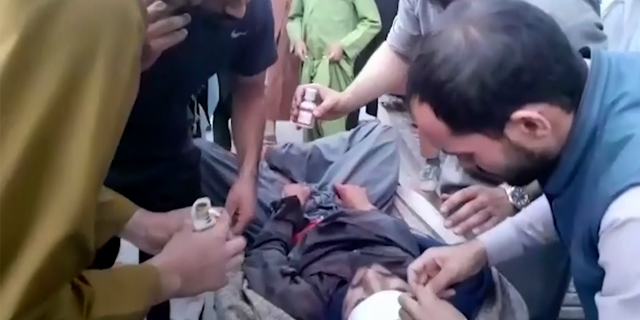 In this frame grab from video, people attend to a wounded man near the site of a deadly explosion outside the airport in Kabul, Afghanistan, Thursday, Aug. 26, 2021. Two suicide bombers and gunmen have targeted crowds massing near the Kabul airport, in the waning days of a massive airlift that has drawn thousands of people seeking to flee the Taliban takeover of Afghanistan. (AP Photo)
(AP NEWSROOM)

Qatar, a tiny Gulf Arab sheikhdom that has played an outsized role in American efforts to evacuate tens of thousands of people from Afghanistan, said it remains in talks with other world powers to enable the capital’s airport to resume commercial flights.

Appearing alongside Al Thani, U.K. Foreign Secretary Dominic Raab touched on concerns over how diplomatic and aid efforts will proceed as foreign powers confront a leadership whose members remain on terrorist watch lists around the world.

Although the United Kingdom won’t formally recognize the Taliban “anytime in the foreseeable future,” Raab said, “there is an important scope for engagement and dialogue to test the intentions and indeed the assurances that have already been made by the Taliban.”

Those assurances range from creating a more inclusive government to protecting the rights of women to preventing international terrorist groups from using the war-scarred country as a base.

In Herat, the protesters had a similar message for the Taliban.

“The Taliban leadership is announcing women rights, but they should show it in action,” said Friba Kabrzani, who helped organize a rally at the provincial governor’s office.

“We want the world to hear us and we want our rights to be saved,” Kabrzani said, noting that some families forbade women from joining the demonstration out of fear for their safety.

Another participant, Maryam Ebram, warned that “anything can be expected from the Taliban,” but that Afghan women would continue to protest for their rights nonetheless.

“Our rights were not gifted to us and we will not let them fade easily,” she said.