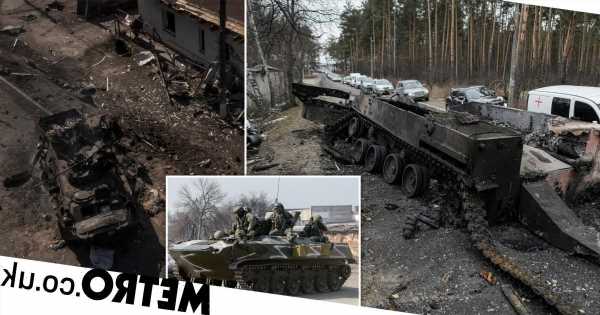 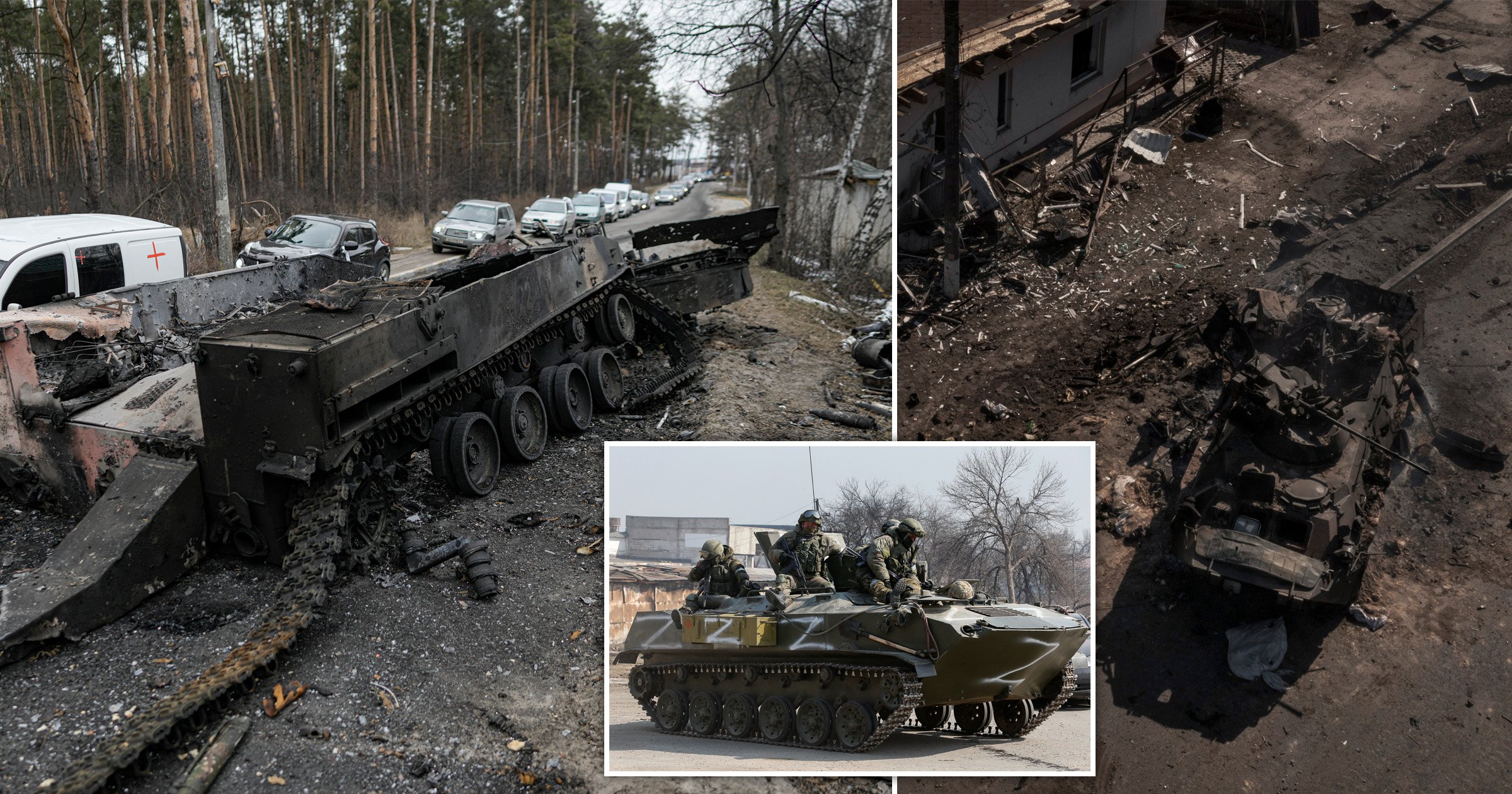 Vladimir Putin appears to have admitted his efforts to conquer Ukraine have failed and set the stage for a new phase of the war.

The Kremlin has recast the purpose of the invasion as the ‘liberation of the Donbas’, which it describes as the ‘main goal’ of the military assault.

It suggests Russia may abandon efforts to capture the capital city of Kyiv and focus on the east of Ukraine, a far narrower target than what Mr Putin set out to achieve.

Moscow-backed separatists have held parts of Ukraine’s eastern territory since 2014 and there has been renewed fighting across the area over the last month.

Western officials and analysts say the change in rhetoric amounts to an admission that Ukraine’s defence has been much stiffer than the Kremlin had anticipated.

Nato has estimated that in four weeks of fighting, between 7,000 and 15,000 Russia troops have been killed in combat.

The Ukrainian government puts the figure at 16,000, while a pro-Kremlin newspaper seemed to accidentally admit almost 10,000 deaths have been confirmed in secret by the Russian government.

If those higher figures are true, it would mean the death toll in four weeks of fighting has already reached levels endured in the Soviet invasion of Afghanistan, a conflict which lasted for more than nine years.

As well as troop deaths, the Russian invasion force has also sustained a high amount of equipment loss.

One Western official said of the 115 to 120 battalion tactical groups assembled at the start of the operation, 20 were no longer ‘combat effective’.

In a statement, Sergei Rudskoi, a Russian defence ministry spokesperson, said the ‘first phase’ of the ‘special military operation’ had been accomplished.

He said the ‘combat potential’ of Kyiv’s forces had been ‘considerably reduced, which…makes it possible to focus our core efforts’ on the Donbas.

The Institute for the Study of War called the assessment a ‘fictitious report’ on the invasion so far and said Russia is ‘attempting to adjust the war’s narrative to make it appear that Russia is achieving its aims’.

It said the military is not ‘choosing to restrict operations’ and is instead ‘being forced to abandon large-scale offensive operations because of its own failures and losses as well as continuing skillful Ukrainian resistance’.

Western officials said the Russian statement was a recognition its forces were overstretched and may have to ‘pause’ operations around Kyiv and other cities while they focus on the east of the country.

One anonymous official said: ‘It is clear that Russia is recognising that it can’t pursue its operations on multiple axes simultaneously.

‘Therefore it is having to concentrate its force, particularly its logistics supply and its firepower, on a more limited number of approaches.’

It became clear taking Kyiv was a core goal of the invasion after forces burst through the northern border with Belarus and tried to take the city head on during the opening salvos of the war.

But a huge convoy heading for the city has made slow progress and is reportedly beset by logistical problems, making it an easy target for Ukrainian counter-strikes.

The UK Ministry of Defence said it has seen evidence of Ukraine pushing Russian forces back from the capital in recent days, reoccupying towns and defensive positions lost in recent weeks.

Efforts to link up the annexed Crimean peninsula with the Donbas – the two Ukrainian eastern regions, Donetsk and Luhansk, which border Russia – have continued.

Russian forces have attempted to shell the southern port city of Mariupol into submission, a key goal which would establish a land corridor between the separated territories controlled by pro-Kremlin forces.

Mr Putin’s decision to formally recognise the illegal governments in the Donbas in February effectively served as a starting pistol for the wider invasion and has long been a key goal for the Russian leader.

But securing the Donbas region – which are only partly controlled by pro-Russia proxies – was clearly only one part of a wider plan to subdue the entire country, made clear by the effort to capture Kyiv.

Lord Darroch, the former British ambassador to the US, told the BBC: ‘I think [Putin’s] trying to get his version of events out first.

‘It’s a pretty shaky story, let’s face it, but he’s trying to create the narrative in the hope the Russian people will buy it, and conceal quite how badly this has gone.’