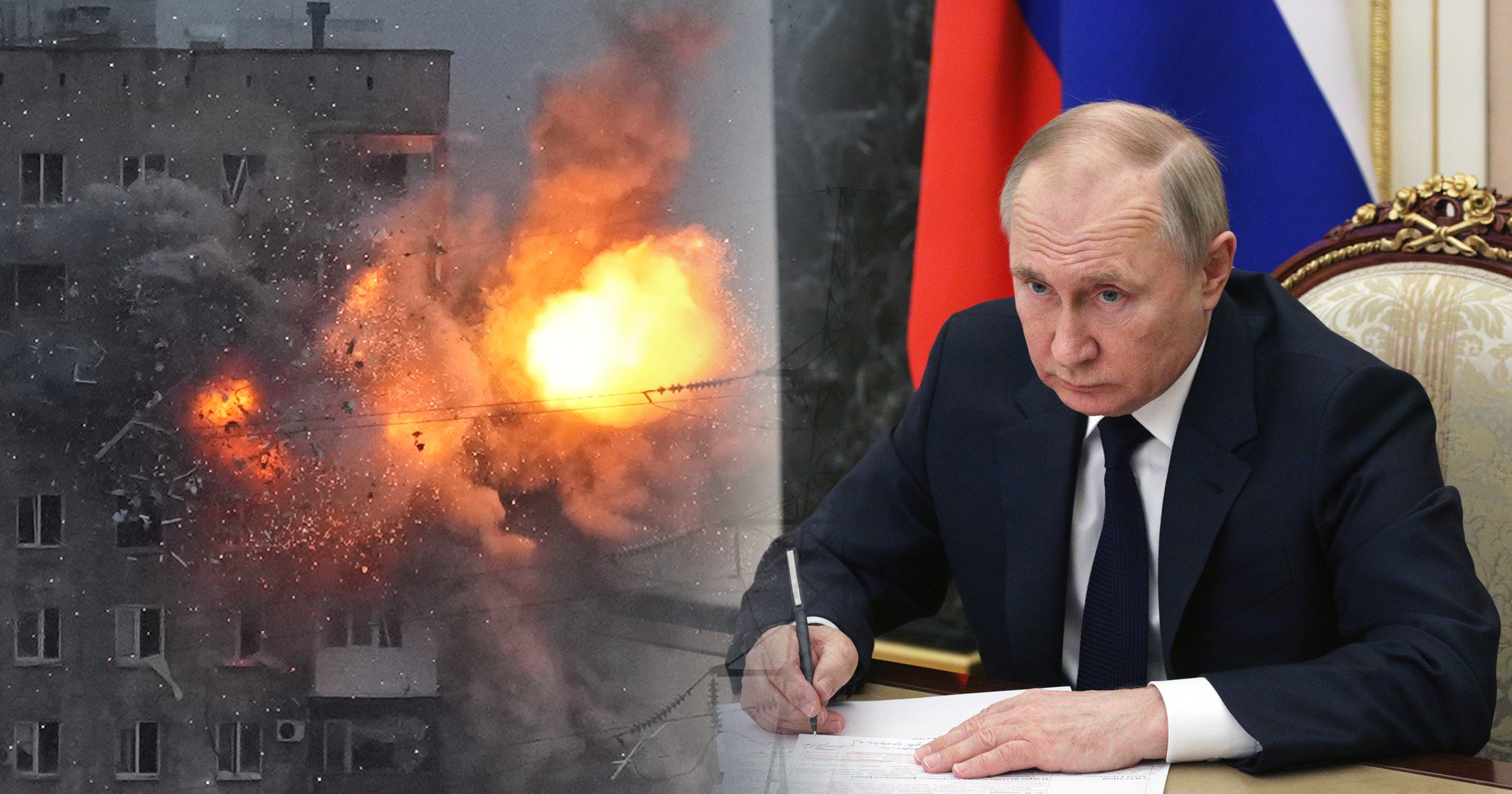 After more than 20 years as Russia’s leader, Vladimir Putin could finally be facing his downfall thanks to his invasion of Ukraine, a foreign policy analyst says.

Having spent such a long time in charge, he is growing increasingly paranoid over his position and is isolating himself more and more, Dr Leon Hartwell tells Metro.co.uk.

Some have suggested the tyrant’s bizarrely long meeting table is an attempt to look powerful and intimidating, which might give you an idea of what working with him at the Kremlin is like.

As international sanctions reduce Russia’s economy to ‘1990s levels’ while his military doesn’t make the progress it hoped for in Ukraine, Putin may not even see his downfall coming.

‘I think a lot of people who surround him are also scared to tell him the truth because of how he may react, which may also be why we’ve seen such a failure in many ways of Russia’s actions on the battleground, Dr Hartwell adds.

‘That image of Putin sitting at the very long table is sort of symbolic of the isolation that he is experiencing and the disconnect between him and many of the people who could potentially advise him.

‘I think given how long he’s been in power – over two decades – we are going to see an increasingly isolated Putin.’

Dr Hartwell, a Sotirov Fellow at LSE’s IDEAS foreign policy think tank, says it is ‘not unlikely’ that the widely condemned attack on Ukraine ‘could be the beginning of Putin’s downfall’.

‘I like to say that politicians are like milk, they all have an expiry date, and I think Putin’s expiry date has come,’ he adds.

‘And the problem with milk is once it becomes sour, no one wants to drink it. He’s going to be 70 in October and he’s been in power over 20 years.

‘You can’t be a dictator for that long and not become more and more paranoid, especially given that he was a spook.’

‘He came from within the intelligence structures, so hearing about possible leaks from the FSB you could imagine would be quite devastating,’ he adds.

In order for Putin to maintain his power, Dr Hartwelll says he will have to do two things.

‘The Russian economy is being cut off dramatically so it’s going to become harder for him to reward key figures who can help him to maintain his rule.

‘JP Morgan is now forecasting a 12.5% decline in the country’s economy, that’s massive so basically Putin – a man who ran on a ticket of restoring Russia’s past glories – is now taking the country back economically to 1990s levels.’

‘He doesn’t have that much access or leeway when it comes to bribes any more, so I think what that entails for Russia is it is going to slip rapidly down a totalitarian path.

‘I would even go as far as saying the impact of that is that Russia is incrementally moving from an authoritarian regime to a totalitarian system.

‘We can most clearly see the transition in the media sphere – you can now face a prison sentence of up to 15 years in Russia if you report anything in the war that’s out of sync with the official narrative that Putin has generated.

‘We’re also hearing reports of TikTok being used by Russia to coordinate a paid campaign for young people and influencers to post pro-Kremlin narratives about the Ukraine.

‘I think there’s clear paranoia there to manage a certain narrative about the war. We’ve now seen the arrest of 15,000 people who’ve protested against it.

‘We’ve seen children as young as seven who’ve been detained because their crime was laying flowers outside the Ukrainian embassy in Moscow.

‘In the past at least you could have people who voiced their opinions against the Kremlin and Putin, but I think now we’re seeing this move towards total control of the narrative and I think it’s happening more rapidly than in the past.’

Dr Hartwell says he lived in Zimbabwe during the ‘end years’ of Robert Mugabe’s regime and remembers people saying ‘he will never leave, there’s no way he will ever be pushed out’ as he was such a ‘strongman’.

But in 2017 the dictator was forced out by the army, and Dr Hartwell doesn’t think such an outcome would be impossible in Moscow either.

‘I wouldn’t rule out a military coup in Russia but I would also say that it might not be something that will happen this week or next week, it could take a long time,’ he adds.

‘We have seen reports that when some of the military figures received the orders to march into Ukraine, apparently some of them rolled their eyes and were visibly upset about it.

‘You also have to remember what we’ve been seeing over the last few weeks – there’s just been extreme humiliation of the Russian military, they have suffered tremendous losses on the battlefield.

‘There was this perception that the tanks would just roll in and “liberate” Ukraine from what Putin has identified as a fascist regime and that people would welcome them with open arms.

‘But we’ve seen that there has been massive resistance in Ukraine against the Russian full-scale military invasion.

‘All the military people who’ve I’ve spoken to say they don’t think the plan to go into Ukraine played out in a manner that was envisioned prior to the full-scale military invasion.

‘They’ve lost key senior figures in the military, which is not something that normally just happens in the battlefield, but it did in Ukraine.’

As Russia’s military falls behind schedule, analysts fear it will step-up attacks on civilian targets in a bid to force the Ukrainian people into submission.

While harsh economic sanctions including Russia’s exclusion from the SWIFT banking system and the freezing of economic reserves will hit ordinary people hard, it may be some time before Putin and his inner circle feel the pinch.

But still Russia’s reduction to a pariah state as the decimation of economy could be enough to push Putin out of office at some point.

Dr Hartwell adds: ‘In the past month the ruble has already lost 40% of its value against the US dollar, so the currency is becoming worthless which makes it hard for Russia to import goods from abroad and then to pay debts.

‘Russia could be days away from defaulting on its foreign debts. I think those are gamechangers which could help to push Putin out of power. How long it will take is the million dollar question.’

Even under an authoritarian regime, Dr Hartwell says managing public opinion is still important to the Kremlin, as Putin still needs a ‘façade’ of support on which to hang his leadership.

‘There’s a large per centage of the Russian population now who have tasted wines from around the world, who have travelled all over Europe, who have gone to America and have experienced a variety of freedoms,’ he adds.

‘I don’t know if they will accept that Russia will be completely cut off from the world because of one man.’

However, Dr Ahmet Erdi Ozturk, a lecturer in International Relations at London Metropolitan University, is a little more hestitant to say this could be the beginning of the end.

‘In around two decades he has changed all the state, bureaucratic and economic structures and institutions,’ he tells Metro.co.uk.

‘Putin is a very contemporary autocrat who has been using all of the patrimonial benefits to stay in power.

‘All these actors within politics, the economy, the bureaucracy, and security – they still get power by getting closer to Putin. They know that if Putin falls one way or another, they will not stay in power.

‘There will be a huge impact on Putin’s charisma, influence and impact on Russia on beyond. But it can’t be that simple for Putin to leave the Kremlin – he will fight.

‘He will do everything to stay in power. Maybe it would be the very beginning of this process but it will be a very long one.’ 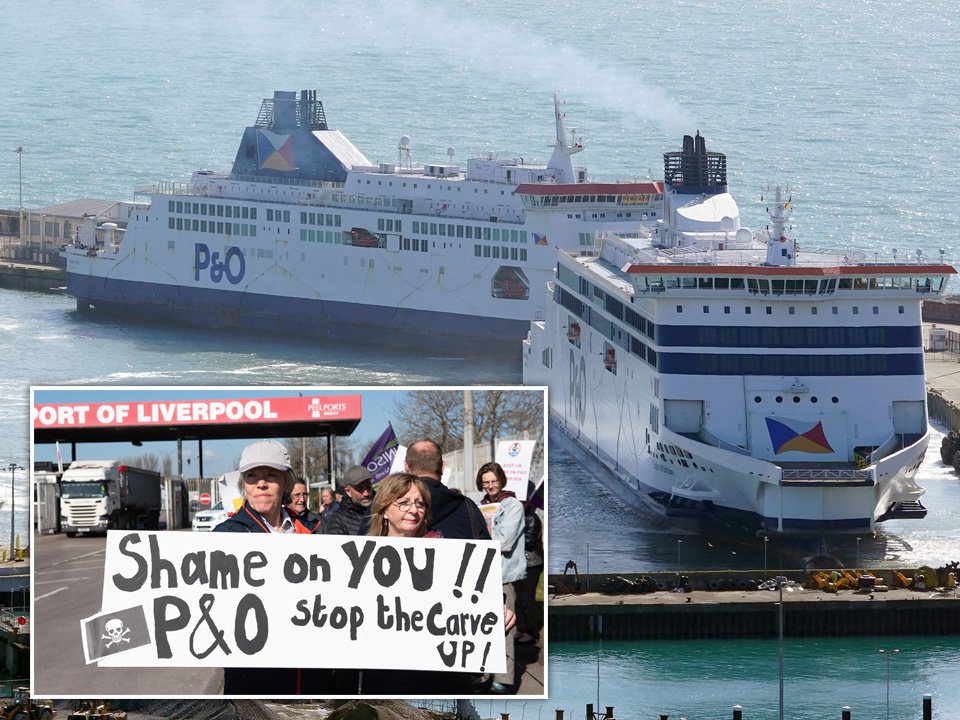 Putin is ‘one of the most experienced political actors in the world’, with a background in intelligence who united Russia under one umbrella, says Dr Ozturk.

For this reason, getting him out of office – either with the military, intelligence services or oligarchs – ‘will not be that easy’.

Dr Ozturk says Russia’s Generation Z are unhappy with the opportunities their country is losing as a result of it being isolated from the world.

But under its authoritarian rule, he says it is ‘difficult to create resistance from below’, especially as police crack down even harder on the general population.

‘From the very beginning, they start their education being told to obey the leader – the leader is whoever represents the state. State is kind of a holy structure,’ says Dr Ozturk.

‘It’s not to say there couldn’t be a resistance but I’m not that optimistic, as someone who has worked under authoritarian leaders.

‘It is still too early to say this is the end of the Putin era. Maybe we have been watching the last episode of his long TV series.

‘But you know on Netflix some of the episodes are 45 minutes but the last episode will be over an hour and it will have a shocking end – it might be like that.’