COLOMBO, Sri Lanka — Protesters in Sri Lanka, where a devastating economic crisis has upended people’s daily lives, were angry but not sorry to learn the man they blame for their troubles, President Gotabaya Rajapaksa, had fled the country on Wednesday.

“In a way, it’s good that he left,” said Tharindu Jayawardana, 29, who like thousands of others has been protesting in Colombo, the capital, for more than three months. “If he had stayed behind, he wouldn’t have been able to survive. He was selfish to save his own hide.”

But many also expressed opposition to Prime Minister Ranil Wickremesinghe, who is taking Rajapaksa’s place at least temporarily, and stormed his office in protest. 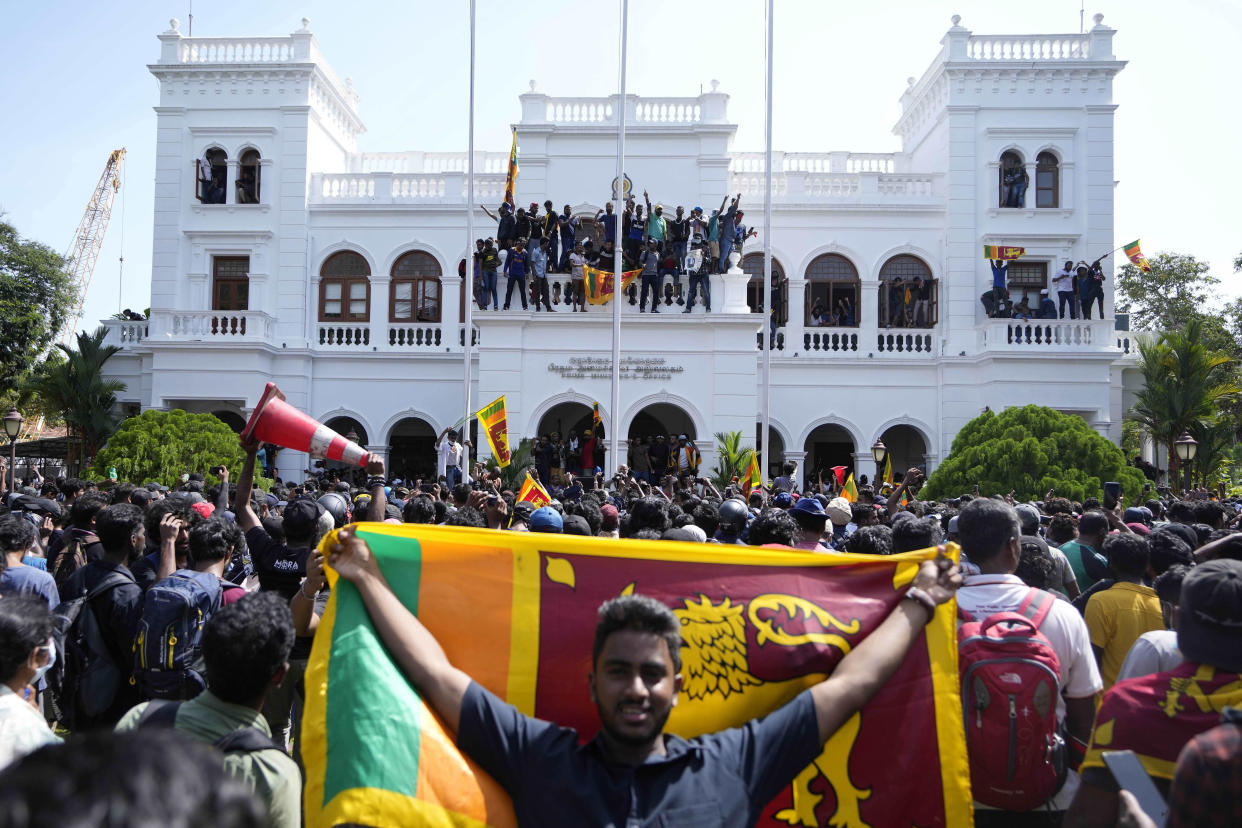 For six months now, Sri Lanka’s economic crisis — its worst since gaining independence from Britain in 1948 — has worsened with each passing day. Financial mismanagement, large amounts of foreign debt and economic shocks have left the South Asian island nation of 22 million people without enough money to pay for imports of food, fuel, medicine and other essential goods. Last month, the United Nations said it risked becoming a full-blown humanitarian crisis.

Protests that had been gaining strength for months reached a dramatic climax last weekend, when demonstrators stormed the presidential palace and several other key government buildings, prompting both Rajapaksa and Wickremesinghe to offer their resignations. 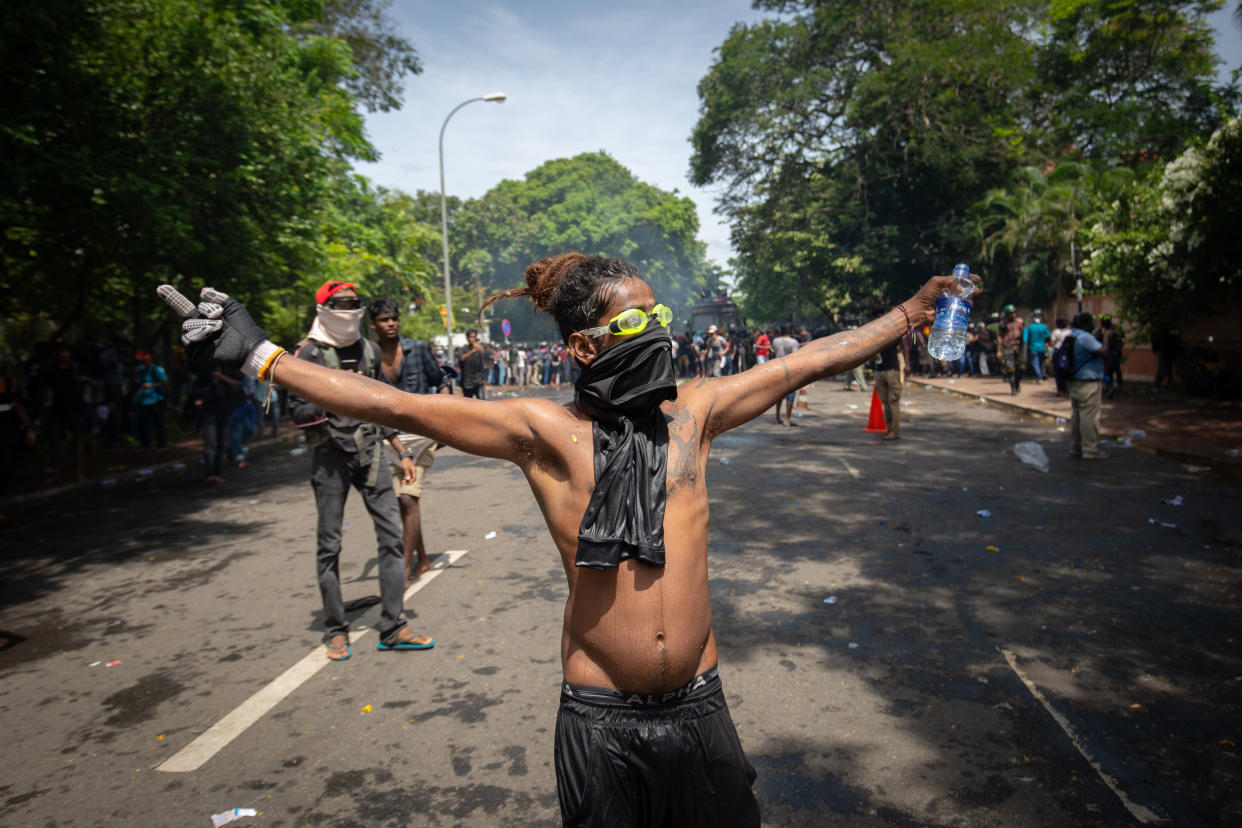 In the early hours of Wednesday, Colombo’s main protest site — known as “Gota Go Village” — was almost jubilant. Massive crowds gathered at the seaside tent camp as they awaited Rajapaksa’s resignation, which they had been told would come that day. Some protesters said they would not leave until both the president and prime minister had stepped down.

Then the air force issued a statement saying that Rajapaksa, his wife and two bodyguards had left on a military aircraft for the Maldives. No official resignation had been tendered, raising the question: Who was in charge?

Amid the confusion, Wickremesinghe was appointed acting president by Mahinda Yapa Abeywardena, the speaker of Sri Lanka’s Parliament, who said he was acting on instructions from Rajapaksa. Abeywardena told local news media that he expected to receive Rajapaksa’s resignation letter late Wednesday, after he reached his final destination.

Earlier in the day, before his appointment as acting president, Wickremesinghe declared a curfew and state of emergency in the Western province, which includes Colombo. The legality of the move was questioned by critics who argued that the prime minister did not have the authority, and angry protesters soon swarmed his office in the capital.

Despite heavy resistance from police and armed forces, who fired multiple rounds of tear gas, protesters eventually took over the colonial-era office, making it the fourth government establishment to come under occupation since Saturday. Wickremesinghe’s whereabouts are not publicly known. 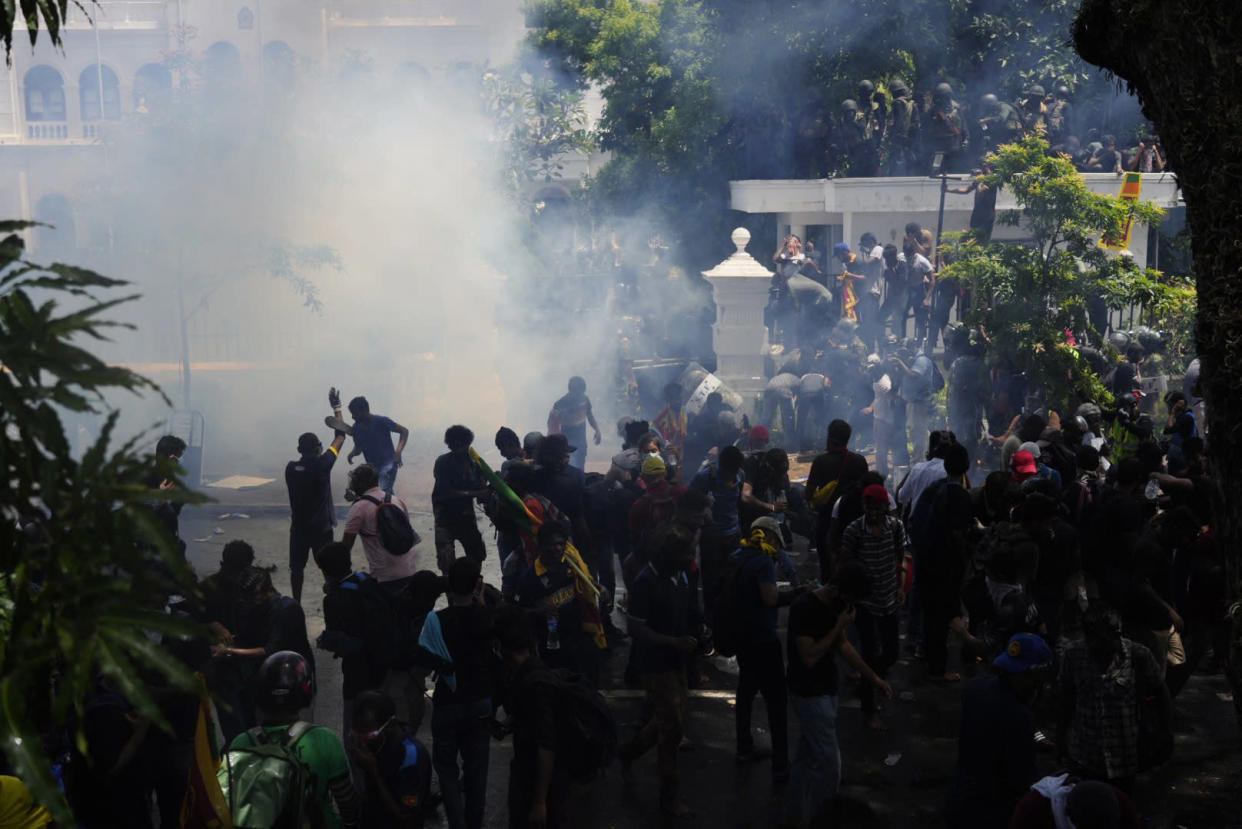 In an address to the nation, he appealed to the public to maintain peace, saying, “Protesters are attempting to prevent the appointment of a new president. This fascist threat must be removed.”

Abeywardena, the speaker, has said Parliament will reconvene on Friday and elect a new president on July 20. There is some support for Wickremesinghe — a five-time former prime minister who was only appointed in May — to remain as president, but many protesters are adamantly opposed to the idea.

“We do not support Ranil,” said Lanka De Silva, a protester running a community kitchen at the Temple Trees, the prime minister’s official residence in Colombo. “He has lost public favor multiple times. This is not the time to give him a second chance.”

At the Temple Trees and other occupied buildings, civilians continued to gather throughout the day on Wednesday, marveling at the luxuries enjoyed by the country’s leaders for years. Many of them arrived on foot, gasoline being almost impossible to come by.

The country’s dire fuel shortages were also on display in the Temple Trees garden, where De Silva’s community kitchen is set up. Food is cooked on an open stove using firewood and with resources donated anonymously from around the country.

The garden was once used to entertain world leaders and VIP guests by Sri Lankan officials like Rajapaksa and his brother Mahinda, who was prime minister before Wickremesinghe but was forced to step down by protests. The Rajapaksa family has dominated Sri Lankan politics for two decades, including 10 years when Mahinda Rajapaksa was president and Gotabaya Rajapaksa was his secretary of defense. 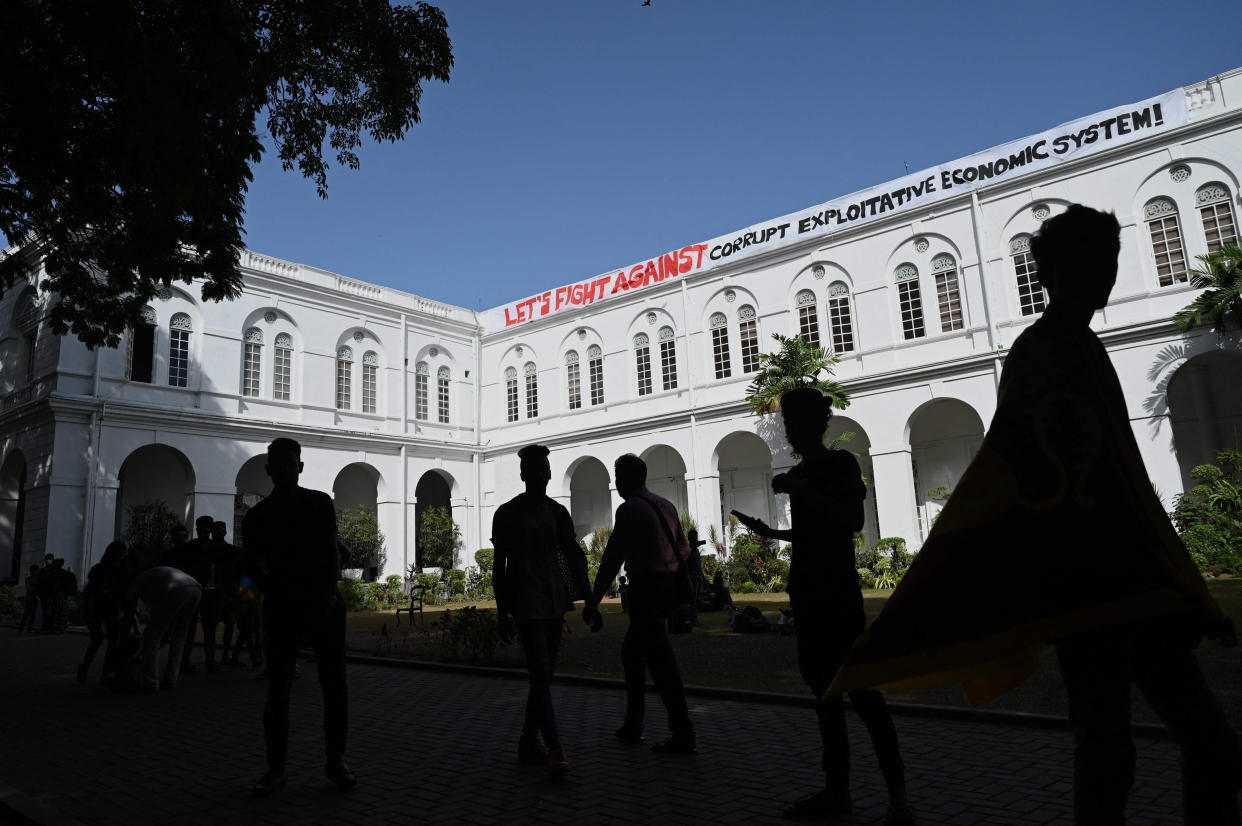 “I felt ashamed to learn that the man who supposedly won the war is such a coward,” De Silva, 54, said of Gotabaya Rajapaksa. “Us women have been protesting for almost 100 days now, but this supposed ‘war hero’ has escaped to another country.”

Shiromi Fernando, a 55-year-old nurse, was visiting the Temple Trees with her son and daughter. She said the biggest achievement of the popular uprising was not that Sri Lankans had occupied government buildings, but that they had “learned the truth” about Rajapaksa and other leaders they “once revered as gods.”

“I was so angry when I woke up in the morning and heard the news,” she said. “He destroyed this country and left.”