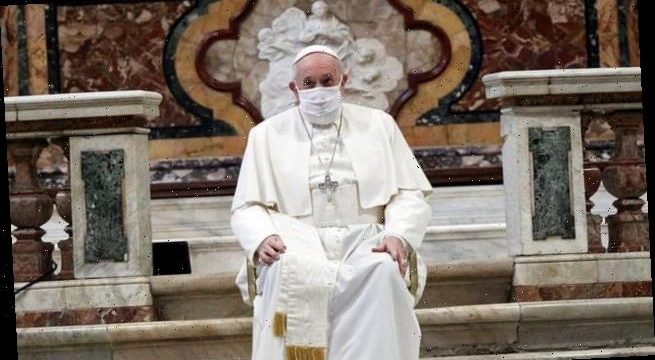 Pope Francis has been warned of a potential exposure to Covid-19 after a Vatican diplomat was infected with the virus, Australian media reported on Friday.

Archbishop Adolfo Tito Yllana, the Holy See’s ambassador to Australia, had a face-to-face meeting with Francis at the Vatican on October 6, less than two weeks before testing positive for Covid-19 in Australia, Nine News reported.

Australian authorities say a diplomat who flew into Sydney on October 9 had tested positive to the coronavirus. They won´t reveal the diplomat´s identity. 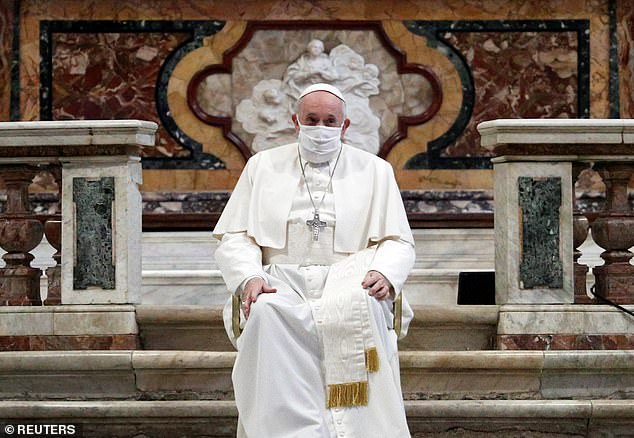 Pope Francis may have been exposed to coronavirus after a face-to-face meeting with Vatican diplomat Archbishop Adolfo Tito Yllana, who later tested positive for Covid-19. Pictured: Francis attends a multi-faith ceremony in Rome on Tuesday 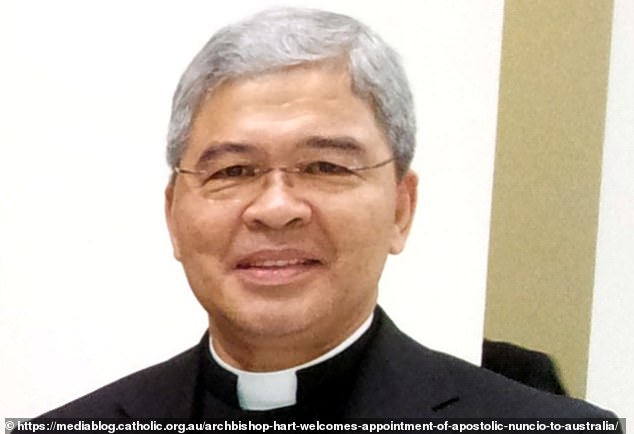 Archbishop Adolfo Tito Yllana, the Holy See’s ambassador to Australia, had a face-to-face meeting with Francis at the Vatican on October 6, less than two weeks before testing positive for Covid-19 in Australia, Nine News reported

The diplomat tested positive 10 days after he started quarantining at home in the national capital Canberra, the Australian Capital Territory Health Department said in a statement.

The department said the risk of infection was ‘low’ for the two people who drove the diplomat 300 kilometres (185 miles) from Sydney to Canberra.

Australia’s Health Department said in a statement on Friday ‘all relevant international state parties have been notified.’

The Vatican did not immediately respond to a request for comment.

Concerns have previously been raised about the health of the pontiff, who only this week began wearing a mask during appearances.

He had been criticised for appearing to ignore social distancing rules and not wearing a mask when addressing large crowds at St. Peter’s Square.

He has also been photographed kissing the hands of several people he has met in his duties.

Francis, 83, is particularly vulnerable to Covid-19 because of his age, weight and having lost part of one lung during a childhood illness. He is frequently monitored for the virus.

The gregarious Argentine appears to be taking the risk of contracting coronavirus more seriously as he was seen wearing a mask in public for the first time during an annual multi-faith ceremony on Tuesday.

The event came a week after 11 Swiss Guards were confirmed to have tested positive for coronavirus.

The world’s smallest army, the Swiss Guard was created in 1506 to protect the pope and currently numbers just over 100 people.

They are a popular tourist magnet at the Vatican, with their showy yellow, red and blue uniforms, halberds – an axe-like weapon – and metal helmets with ostrich plumage.

According to tradition, Swiss Guard must be men between 19 and 30 years old and at least 1.74 metres tall. They must be practising Roman Catholics and unmarried.

Today’s Swiss Guard are said to enjoy a more personal and informal relationship with the current pontiff, who is less attached to strict papal protocol than his predecessors. 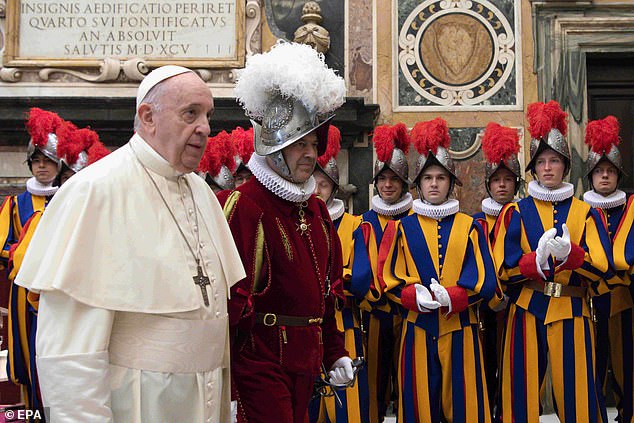 Aside from the guards, 16 people who reside within Vatican City have caught coronavirus. There have been no recorded deaths from the virus in the territory.

Among those infected is a resident of the hotel where Francis lives, according to the Vatican, who said on Saturday that a resident of the Domus Sanctae Marthae had moved out temporarily and was in isolation, as are all the people who came into direct contact with him.

A humble Jesuit, Francis chose to make his home in the hotel instead of the lavish Vatican Palace after becoming pope in 2013.

The hotel has a communal dining room and chapel where Francis celebrates Mass each morning.

Despite the relatively low numbers in the city-state, concerns for the pontiff’s health have mounted as Italy – which surrounds Vatican City – tackles a sharp rise in daily cases.

More than 37,000 people have died from the virus in Italy since the pandemic reached the country at the end of January.