Adam Goudge isn’t sure how he would feel if someone got a million-dollar cheque to help solve the murder of his mother, Brenda.

There would be relief, of course, to finally know what had happened after 11 years. But it would also leave a sour taste – that it took the allure of cash for someone to finally reveal the crucial piece of evidence that cracks the case. 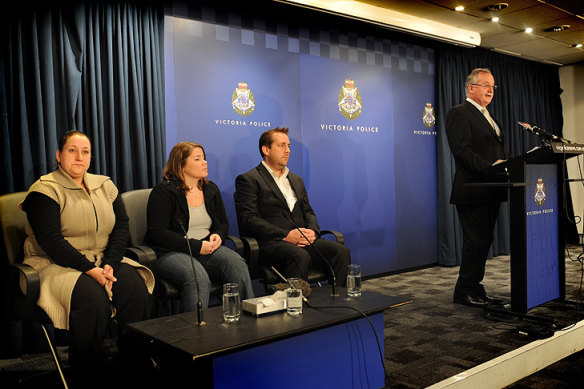 The Goudge family (Adam on the right) appeal for information into the death of Brenda.Credit:Craig Abraham

“I’d be extremely conflicted,” he said. “You’ve known about this for how long? And it’s taken a massive chunk of money to do the decent thing?”

Brenda’s case is one of 185 unsolved crimes in Victoria with rewards for information that date back to the 1960s, with more than $80 million in total on offer. However it is extremely rare for someone to come forward to claim the money available for a high-profile case.

Documents released to The Sunday Age under freedom-of-information laws show there are close to 60 rewards of $1 million on the books of Victoria Police for cold case homicides and missing person investigations.

The largest reward in the state’s history is $6 million for the person responsible for the abduction and murder of six women in the Tynong North and Frankston areas in the early 1980s.

The most recent murder case with a reward is the unsolved killing of Jeanette Moss in 2014. The murder of Irene Kiddle in 1963 is the oldest on the list, which attracted a £5000 reward at the time.

The allure of cash payouts for tip-offs has come under the spotlight recently, after Queensland Police posted a $1 million reward for the whereabouts of the chief suspect of the alleged murder of Cairns woman Toyah Cordingley. Within weeks, Rajwinder Singh was taken into custody in India.

While they tend to generate publicity for an investigation that has long gone cold, it’s unusual for a big reward to lead directly to a major case being cracked. 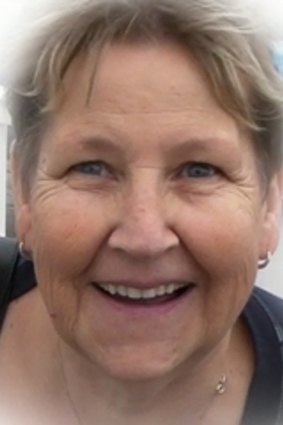 The Sunday Age’s freedom-of-information request for details of how many rewards had been paid out was blocked for privacy and law enforcement reasons, including the protection of confidential sources.

Victoria Police declined to say how much has been paid out in rewards in total, however in 2010 the total figure was less than half a million dollars in almost 50 years.

The force altered its rewards structure in 2015 so that any crime attracting a life sentence has a $1 million reward to make the system simpler.

Former detective Charlie Bezzina, a member of the homicide squad for 17 years, said he only knew of two rewards that had been paid out for murder investigations.

One was by former lawyer Andrew Fraser, who put in a claim for $1 million in 2013 after he provided breakthrough evidence that led to the conviction of serial killer Peter Dupas for the murder of Mersina Halvagis.

Another was a case involving a man suspected of killing his grandmother, who had an alibi that prevented police from laying charges. Several years later, Bezzina got a call to say the alibi was false.

There have been plenty who have tried to get rewards but been unsuccessful. Informant lawyer supergrass Nicola Gobbo once tried to claim a piece of the $1 million reward for the arrest of drug kingpin Tony Mokbel in Greece, but was rejected.

“You don’t know who you’re appealing to,” Bezzina said.

“Human nature being what it is, there’s always an element of greed where someone is thinking they can hit paydirt. From my experience, rewards are very rarely claimed, as an investigator they are the last resort of your investigation.

“When you’ve exhausted all other avenues of inquiry, then you turn to them.” 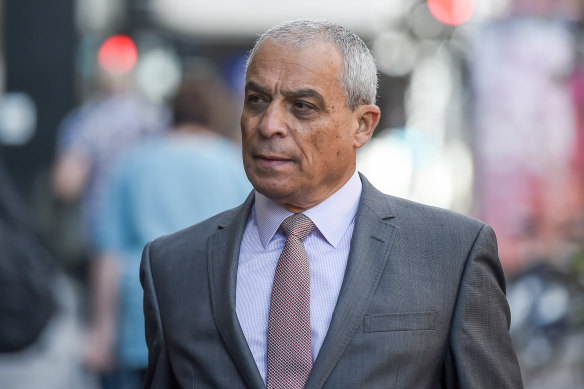 Police rewards are tax-free, with the money authorised by the state government after an application is made by police. When someone claims a reward, a committee is formed to decide if someone is eligible for the money and how much they should get.

“The magic words are ‘up to $1 million’,” said Bezzina. “The board will decide if the conviction could have been secured without the information and whether they get the full whack.”

Sometimes, rewards can shake information loose from members of the public. More often, a big payout is directed at people who police believe know something but are too scared or loyal to tell.

At a coronial inquest, ex-detective Paul Callaway was named as the chief suspect responsible for the killing of his business partner Brenda Goudge, 61, at her Wantirna South home in 2011.

Brenda’s body was found under a pool cover after she was beaten and then smothered before being thrown into the water along with bloodied bedclothes, which destroyed the DNA evidence.

Callaway was identified in court as having working knowledge of DNA evidence as a result of him being a former police officer and having developed a DNA sampling patent.

“We’ve always, for a very long time, been focusing on Paul Callaway,” said Brenda’s son, Adam. “And the thought has always been that, in this particular case, the reward was always aimed at his wife.

“It was very targeted at her to say, ‘tell us what you know and we can set you up for life’. Maybe it’s not too late.”

Kelvin Tennant, then 72, had to play dead to survive after he was the victim of a random shooting while riding his electric bike in Victoria’s north-east in 2017.

Police have offered a $500,000 reward in an effort to solve the crime, which has no known motive. The shooter fired six times and Tennant suffered gunshot wounds to the head and chest.

“When they announced the reward my friend said ‘you’re only worth half a million now’,” joked Tennant. “That same friend refers to me as a walking miracle.”

Tennant said that there was “no rhyme or reason” to the attack and that the reward hadn’t led to any major breakthroughs.

“Police have always said they reckon they will get this guy, on the theory that eventually he’ll blab to someone,” he said. 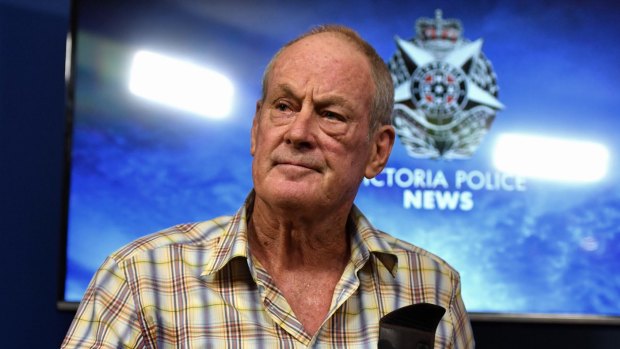 Kelvin Tennant was shot while riding his bike in Everton. The case hasn’t been solved.Credit:Joe Armao

Loose lips could solve many of the cases with rewards, including famous robberies such as the theft of Picasso’s Weeping Woman painting from the National Gallery of Victoria in 1986 (the reward for that case is $50,000).

Terry Goldsworthy, associate professor of criminal justice and criminology at Bond University, said that police were starting to look at using rewards in different ways.

“I think they can be effective. If you look at rewards historically, they’ve been used when traditional techniques are frustrated,” he said.

He cited the case of Cleo Smith, the four-year-old girl who was abducted from a campsite in Western Australia in October last year as an example of where that style differed.

A $1 million reward was offered just five days after Cleo went missing, but police later said it was unlikely the money would be claimed after she was found as other intelligence had led to the discovery.

“The posting of a large reward very quickly in an investigation was quite unusual,” he said.

“Police were using that to put pressure on the suspect and also to drive the information flow perhaps quicker than it may have otherwise come in.”