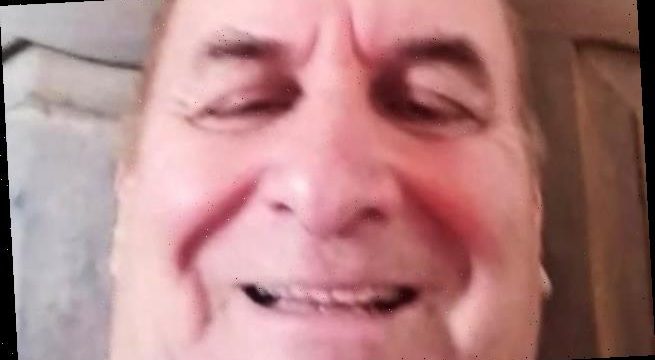 A vile ‘sex for rent’ landlord exposed by the Daily Mail is being investigated by police, it can be revealed.

Fredrick Allard, 70, was filmed asking an undercover reporter posing as a 21-year-old student to pay her rent with sexual favours.

Allard, from Wiltshire, is alleged to have demanded naked and weekly massages in exchange for accommodation, saying: ‘Nothing is for nothing in this life.’

It comes as one of the landlord’s former tenants described the ‘hell’ of living with him when she was 19 – although she does not make ‘sex for rent’ allegations. 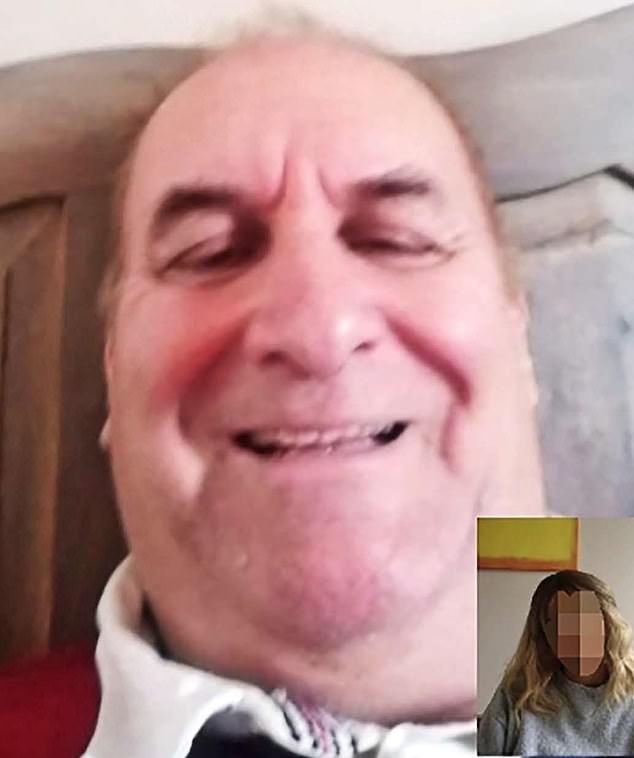 Fredrick Allard, 70, was filmed asking an undercover reporter posing as a 21-year-old student (inset) to pay her rent with sexual favours

The former tenant, who wishes to remain anonymous, said Allard told her that he had younger women come over but she was not allowed to tell his wife.

She added: ‘One night I was in the hot tub with another tenant and he came out with a beer in his hand and stood and watched us saying, “I’m enjoying the view”.’

Vulnerable young women are not being protected against ‘sex for rent’ arrangements, according to Labour.

In an open letter, five opposition MPs called on Justice Secretary Robert Buckland to crack down on the online platforms profiting from exploitation.

‘This heinous practice must be stamped out, and we are keen to hear what plans are in place to bring offenders, and websites hosting offending material, to heel,’ they wrote. ‘The fault for this failure lies not at the door of an overstretched police service and criminal justice system, but entirely at the door of the Government.

‘They have failed to work with the criminal justice system to attempt prosecutions, and have failed to take targeted action against online platforms profiting from this.’

On Monday, Christopher Cox, from Cranleigh in Surrey, became the first person officially accused of demanding sex for rent. The 52-year-old faces three charges of inciting and controlling prostitution.

Peter Kyle (no relation), a Labour Party justice spokesman, said: ‘Perpetrators are not being brought to justice. We need targeted action to tackle this crisis now. Victims should be made to wait no longer.’

Last night Amber Rudd, who had tried to tackle the problem when she was home secretary, told the Government: ‘Do not let these vile perpetrators get away with it.’

Allard, who claimed to be 50 but is 70 according to the electoral roll, had posted an advert for a ‘free room’ for a ‘single attractive young female’ on the US website Craigslist in October. An undercover reporter responded to the advert posing as a student.

Now, Wiltshire Police has confirmed it has launched an investigation into Allard over ‘voyeurism and prostitution offences’.

On January 2 the Mail revealed that thousands of women were being exploited in a growing ‘sex for rent’ scandal. At least 30,000 women in the UK have been propositioned with explicit ‘arrangements’ since March, according to research by the charity Shelter.

The arrangements are illegal and those convicted can be jailed for seven years.

The former tenant, who lived with Allard for several months, was not involved in a ‘sex for rent’ arrangement but fled his home after he made her feel uncomfortable. The teenager paid between £300-£400 per month to live at the house with three other young girls.

‘Whatever we did he would be there watching us’, she said.

‘If I was in the garden when it was hot in the summer, he would pretend he was doing gardening and just come and stare at me.’ The mother-of-one, now 23, found Allard’s room advertised online. But soon after she moved in she claims he began being inappropriate with her and the other tenants. She said: ‘When I first moved in he said, “What happens in this house, stays in this house. I do have younger women who come over but you can’t tell my wife”.

‘It got to the point where I was dreading going home. He had a key to our rooms and would go into our bedrooms when we weren’t at home.

‘He would say I wasn’t allowed my boyfriend over but if I want to bring a girl back “you’re more than welcome to because I’d love to hear that”.

‘If I wore shorts he would make comments about me and say, “Oh you’re looking good”.’

‘He’d always make me sit down on the bed next to him and get really, really close to me’, she said. The then-teenager finally escaped Allard when she and two of the other girls moved out together.

‘He went out for the day, I didn’t even tell him, I just left. I took everything out the room and I just left,’ she said.

A Wiltshire Police spokesman said: ‘We are investigating allegations of voyeurism and prostitution offences related to an address in Tidworth.

‘As part of our inquiries a man has been interviewed under caution.’

Miss Rudd said: ‘The issue of “sex for rent” needs urgent action. This is a desperate situation for young men and women, but particularly young women, and we need to not let the vile perpetrators get away with it.’

She added: ‘I hope the Home Office will pick it up again now.’