In an Australia first, Victoria’s cold case homicide investigators are set to throw open their files and ask the public to help find the killers.

Police will launch a new murder hub as part of a push to solve a series of unsolved murders by directly appealing to lost witnesses who they believe hold the key in some of Victoria’s most baffling homicides.

Each murder has been selected after a panel decided they are close to being solved.

Using a technique developed in Canada, police will launch the Cold Case Hub to concentrate on some of Victoria’s more than 200 unsolved murders.

In each case the details of the murder, an update on the state of the investigation and an interview with a lead detectives will be available online.

“It will be a single source of truth in these cases,” homicide head, Detective Inspector Tim Day, said.

Five cases have been selected from the unsolved murders that stretch back to 1951. Two more will be added each month.

The first five cases to be highlighted are:

“We are hoping that these cases, and the ones you will see in coming months, receive the same kind of support from our community,” he said. 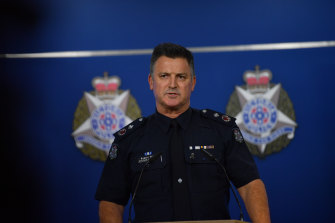 The cases are those police believe are the most solvable. In each case investigators have strong leads and believe the online appeal may find the missing information.

“We have triaged the cases to highlight those where there remain strong lines of inquiry,” said the head of the cold case unit, Detective Senior Sergeant Paul Scarlett. “We believe they can be resolved.”

Inspector Day said there are people in the community with the right information to solve these cases. “History has repeatedly shown that murder is often not a secret that someone keeps to themselves,” he said. “It is never too late to speak up and tell police what you know. 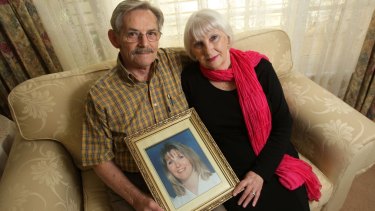 John and Helen Magill with a picture of their murdered daughter, Jane Thurgood-Dove. Credit:Wayne Taylor

“It could be that your piece of information is the missing piece of the investigative jigsaw puzzle and the one that makes all the difference.”

In the case of James Russouw, murdered in Burwood East in 2008, the case was only solved after a witness identified the killer’s gait from a piece of CCTV released by police eight years later.

An alibi witness was then approached who admitted he lied to protect the murderer.

The breakthrough in the 1983 murder of Shepparton teenager Michelle Buckingham came after a public appeal saw a key witness identify the killer 29 years later.

Inspector Day recommended the approach after observing the system in Toronto called Never Give Up.

It was part of his 2018 Churchill international research project. “It has helped solve some difficult murders.”