BEACHGOERS were ordered to leave a Majorca beach by cops in a police helicopter in a coronavirus crackdown.

Footage shows officers in the chopper hovering above the sand and using a megaphone to tell sunbathers the beach will shut at 9pm after a spike in cases. 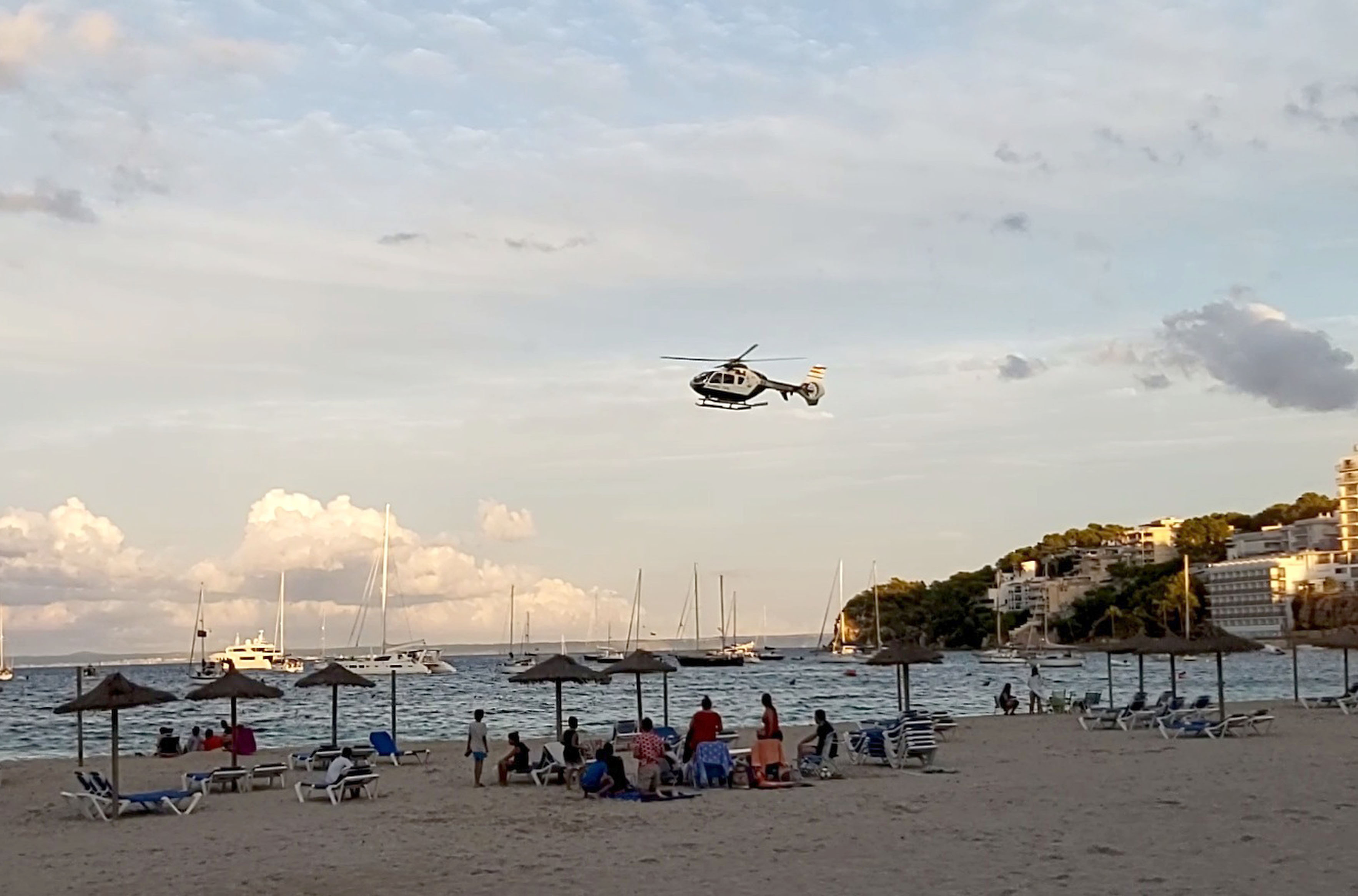 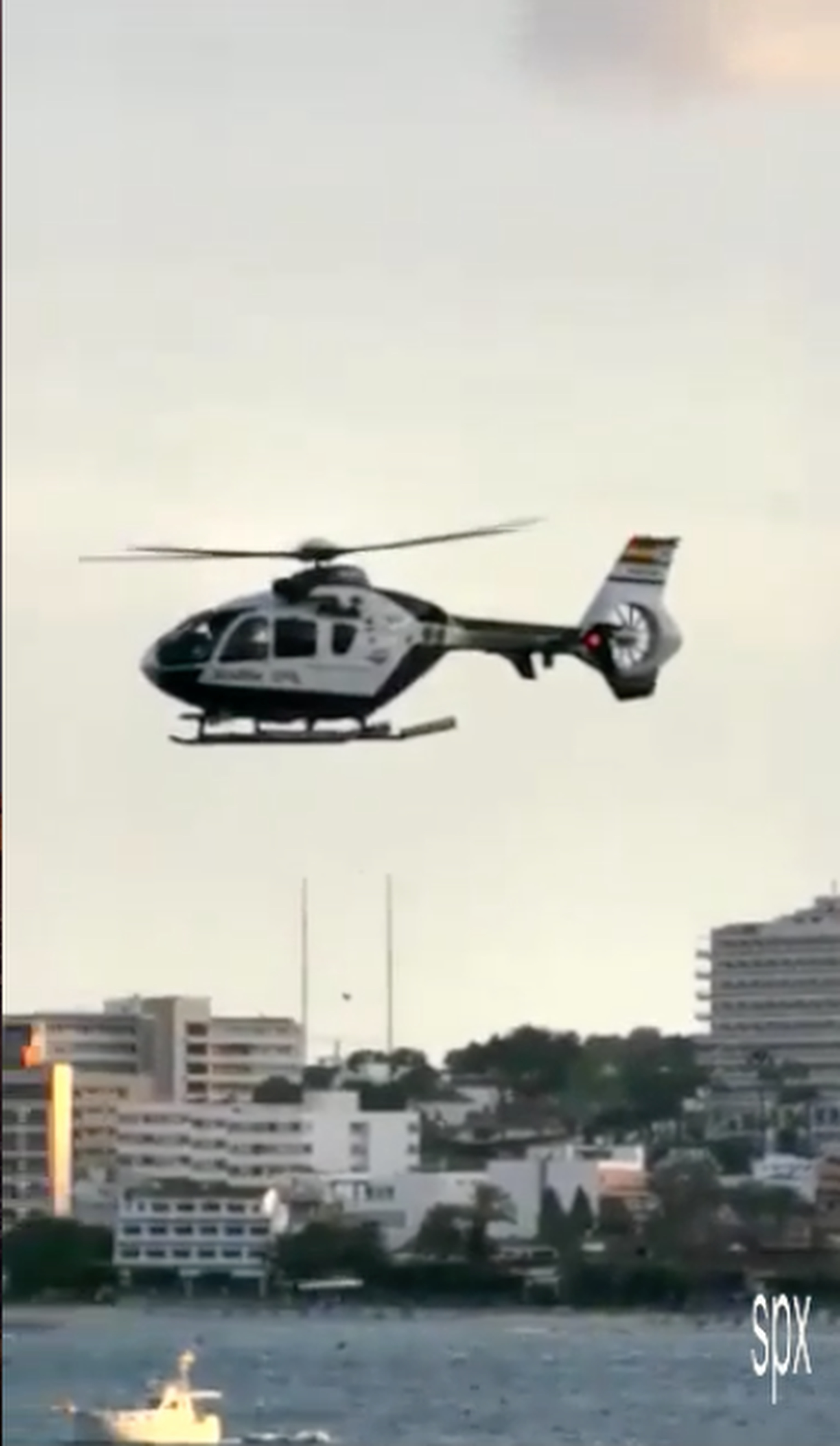 Civil Guard officers confirmed they scrambled the helicopter to make sure island beachgoers obeyed new rules brought in to halt the spread of Covid-19.

Civil Guard officers admitted yesterday they were putting a chopper up in the sky on a daily basis to make sure people using the island’s beaches obeyed new rules brought in to halt the spread of Covid-19.

Parks are also being closed overnight in a bid to stop them being turned into party areas for youngsters following the closure of nightspots including discos.

In the case of Majorca’s beaches, the closures last from 9pm to 7am.

The helicopter spotted in the footage published locally flew over beaches in Palma and Calvia, the municipality which includes the Brit-popular resort of Magaluf.

The video appeared to show some people holding up posters and angrily waving their arms at the chopper as if they felt the police move was a little over the top.

A Civil Guard spokesman said: “The diffusion of messages using megaphones from vehicles and helicopters at beaches and parks is being carried out on a daily basis.

“This is happening to make sure the new rules established by the Balearic Islands regional government regarding the new timetables, are adhered to.”

The footage emerged a day after regional health chiefs in the Balearic Islands revealed they were laying the ground for night-time curfews in the areas worst-affected by Covid-19.

The only thing we’re looking at doing is suspending social activity so we can halt the spread of the virus.

The tourist resort of San Antonio in Ibiza, and upmarket Deia in Majorca where Bob Geldof regularly holidays, are among the 15 municipalities signalled as contenders for a strict new regime which could include the curfews and a five-person social gathering limit.

The regional government is due to confirm today which areas will be targeted first and what specific measures will be adopted.

The focus will be a further curb on residents and visitors’ social life.

Restrictions on peoples' movement, enabling them to leave home only for school, work and do things like food shopping, have also been talked about.

“The only thing we’re looking at doing is suspending social activity so we can halt the spread of the virus.”

She also identified the municipalities that were worst-affected at the moment, naming 11 in Majorca including Valldemossa where Michael Douglas owns a home and upmarket Deia, as well as San Antonio in Ibiza and Ciutadella in Menorca.

The drastic steps being considered by the regional government opens up the possibility holidaymakers in some parts of the Balearic Islands could be prevented from leaving their hotels after night-fall, although this has yet to be confirmed by officials.

Regional government officials started meeting with the mayors of the municipalities which face stricter Covid-19 controls from Friday.

The legislative framework enabling the regional government to put in place the measures it is planning is due to be approved today at a council meeting but will have to be ratified by the courts.

Rafa Ruiz, the mayor of Ibiza Town which has been signalled as one of the problem areas, said on Friday after meeting with government chiefs that he was confident the situation would improve in the next few days and no new measures would be necessary.

The Balearic Islands has seen a massive rise in the number of new coronavirus cases since the end of July when the UK government ruled out the idea of including the region in a ‘safe’ air corridor following its decision to make British holidaymakers returning from Spain self-isolate.

Figures laid bare by local paper Diario de Mallorca last week showed just how bad the second wave had been, highlighting the fact that the 2,470 new Covid-19 cases in the last week of August in the Balearic Islands had nearly matched the 2,612 cases registered in the six month to the start of August.

The paper said, referring to the UK’s decision in July to make British holidaymakers returning from islands like Majorca and Ibiza self-isolate: “The region has equalled in a single week the number of positives registered in the first six months of the coronavirus crisis.

“That figure alone justifies the radical reaction of the UK and Germany to effectively ban tourism to Majorca.”

Around 250 people marched in Magaluf on Friday to protest at the controversial closure of bars and restaurants in Punta Ballena.

The party strip was closed in mid-July in a shock move which followed the publication of a video showing a group of British youngsters jumping on a car outside a fast food takeaway. The incident led to one arrest.

The demonstrators, who included British business owners, demanded political resignations and held up posters complaining they were taxpayers who were being treated as “criminals.” 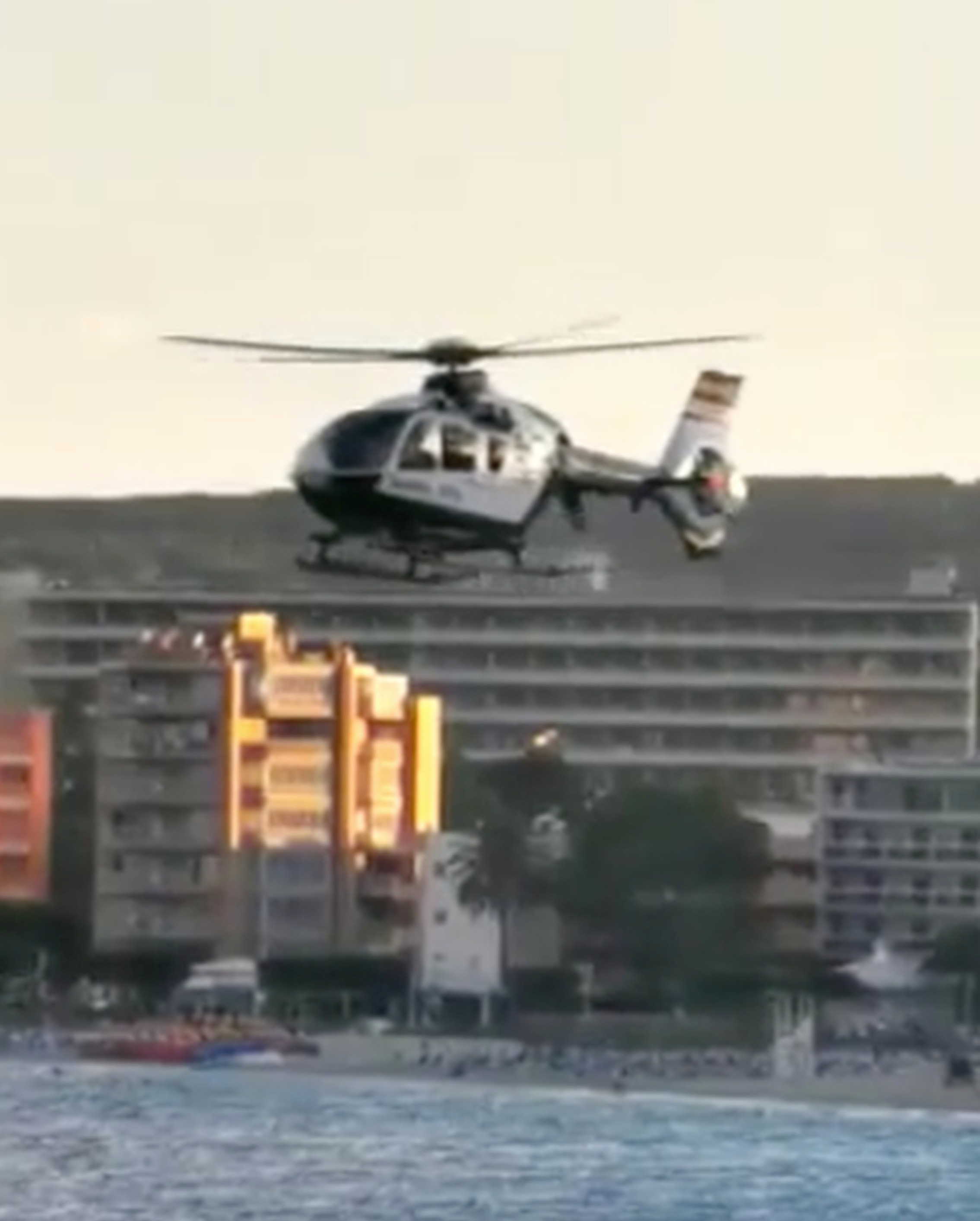