Pizza chef, 46, who sexually assaulted two 16-year-old girls in a chip shop is spared jail after sheriff says he committed attacks while he was ‘lonely’

A pizza chef who sexually assaulted two 16-year-old girls in a chip shop has been spared jail after a sheriff said he committed the offences while he was ‘lonely’.

Kasim Kocaman, 46, of Renfrew, Scotland, touched the teenage girls on their bottoms at the Golden Chip takeaway where he worked in Raploch, Stirling.

The first victim told Stirling Sheriff Court that Kocaman used to call her ‘his girlfriend’ and slapped her bottom ‘almost every day’.

Giving evidence, she said: ‘He’d talk about taking us, 16-year-old girls, to Turkey to visit his cousins. He said he’d marry us off to them.’

Kasim Kocaman, 46, sexually assaulted two sixteen-year-old girls in a chip shop but has been spared jail after a sheriff said he committed the offences while he was ‘lonely’

The second victim, a charity volunteer, said she had gone to the chip shop with the first teenager when Kocaman ‘asked for a hug’.

She told the court: ‘Because he looked sad, I gave him one, but all of a sudden his hand was somewhere it shouldn’t have been. His hand touched my bum.’

The victim said she pushed him away and contacted police.

At summary trial, Kocaman – who has been married for 20 years – denied sexual assault but Sheriff James MacDonald found him guilty of both charges.

The incidents happened in January and February last year at the Golden Chip in Raploch, Stirling. 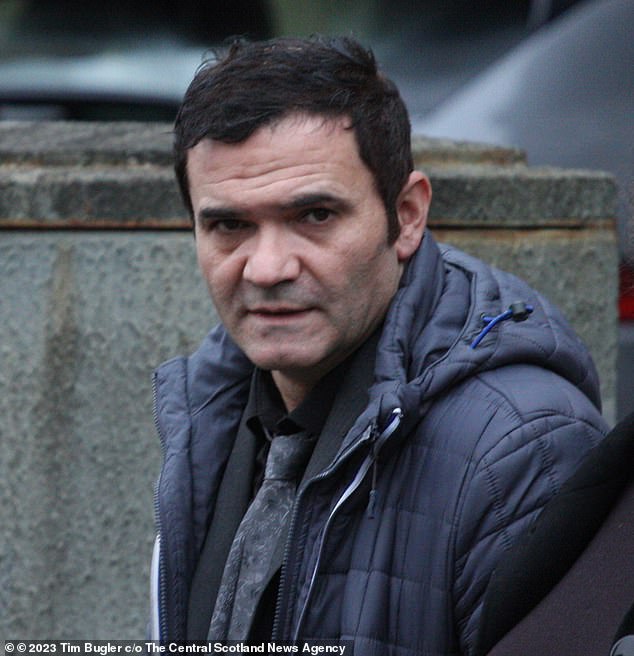 He touched the 16-year-old girls on their bottoms at the Golden Chip takeaway where he worked in Raploch, Stirling 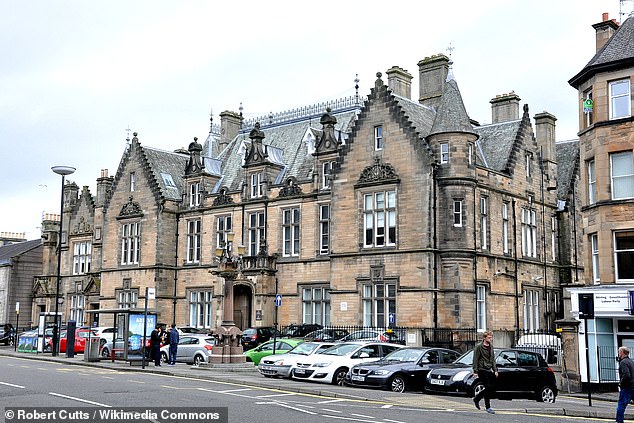 Solicitor Ryan Sloan, defending, said Kocaman was ‘a Kurdish man who has been in the United Kingdom for many years now’.

‘He now finds himself convicted of a sexual offence, and there’s a certain stigma attached to that,’ he said.

He added that Kocaman was been assessed as posing a low risk of re-offending.

On Tuesday, Sheriff MacDonald sentenced the offender to 200 hours of unpaid work and placed him on social work supervision for 12 months. He said this was a direct alternative to custody.

He told Kocaman: ‘Both these offences were opportunistic in nature – I detected no element of planning – but they involved a breach of trust.

‘Even taking account of the fact that you have no record of similar offences, these offences meet the custody threshold.

‘However I’m satisfied they can be regarded as out of character.

‘They seem to have been committed at a time in your life when, according to the author of the criminal justice social work report, you may well have been experiencing an element of loneliness.’