Philadelphia Housing Authority (PHA) President Kelvin Jeremiah said on Wednesday afternoon that the smoke detectors were last inspected about eight months ago and were working at the time.

“This unimaginable loss of life has shaken all of us at PHA. It is too early for us to say more. The property was last inspected in May 2021, and all the smoke detectors were operating properly at that time,” Jeremiah said in a statement.

The four smoke detectors, which were not hard-wired, were originally installed in 2019 and two of them were replaced in 2020, according to Murphy.

“They were battery operated and they were ten-year lithium batteries in these smoke detectors,” Murphy said.

“You don’t know the circumstances of each and every family, and maybe there were relatives and family that needed to be sheltered,” Philadelphia Mayor Jim Kenney said. “Obviously the tragedy happened, and we all mourn for it. But we can’t make judgment on the number of people living in the house because sometimes people just need to be indoors.” 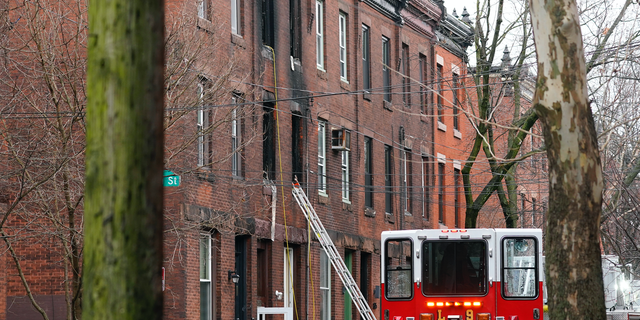 Philadelphia firefighters work at the scene of a deadly row house fire, Wednesday, Jan. 5, 2022, in the Fairmount neighborhood of Philadelphia. (AP Photo/Matt Rourke)

The fire, which started around 6:30 a.m., left six adults and seven children dead, but officials said that number could change.

AUTHORITIES NOT RULING OUT ARSON IN COLORADO WILDFIRE

The Fire Department responded around 6:40 a.m. and saw flames shooting out of the second-story windows. They were able to get the fire under control in less than an hour. 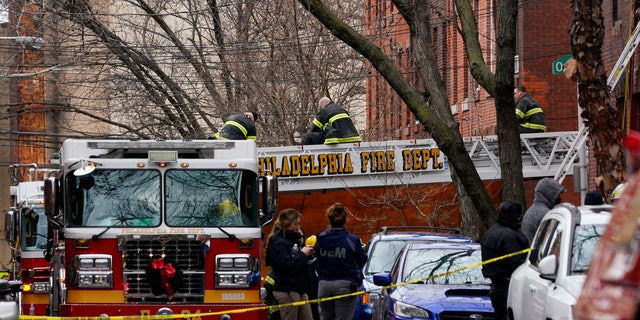 Philadelphia firefighters work at the scene of a deadly row house fire, Wednesday, Jan. 5, 2022, in the Fairmount neighborhood of Philadelphia. (AP Photo/Matt Rourke)

ICK HERE TO GET THE FOX NEWS APP

Eight people were able to evacuate the building on their own and at least two people were transported to a local hospital for treatment.

“It was terrible. I’ve been around for 35 years now and this is probably one of the worst fires I have ever been to,” Murphy said.