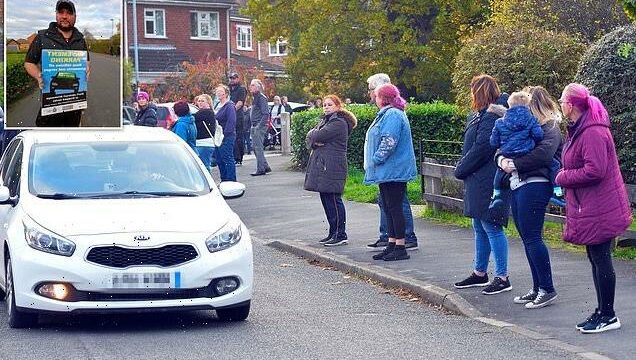 Angry mums and dads have formed ‘parent picket lines’ to end dangerous parking outside their children’s primary school after reports of cars nearly reversing into pedestrians – including a mother and push chair on the pavement.

The campaign has grown in recent days outside Newcroft Primary Academy School in Shepshed, Leicestershire, where increased numbers of parents parking dangerously in and around zig-zag lines outside the school have been reported.

The group says action is needed to prevent someone getting seriously hurt after a series of near misses, putting children and their parents at risk.

Some parents claim complaints about the situation to Leicestershire County Council have gone unanswered and have vowed to continue doing it until action is taken. 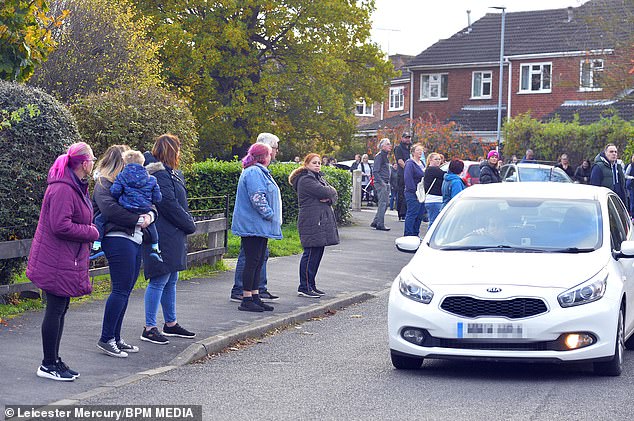 The first of a series of what have been called ‘parent picket lines’ started outside the school on Thursday November 10, with the group standing on the areas where drivers have been creating hazards.

The parents have continued to do it every day since and look unlikely to stop.

Kelly Colk, one of those involved, told LeicestershireLive: ‘We shouldn’t have to do this, but we feel we must as people are being put at risk all the time. The amount of near misses we have seen is too many.

‘We saw one car reverse up onto the road where a parent and pushchair was and the driver didn’t even notice them.

‘It’ll only be a matter of time until someone gets seriously hurt or worse. We can’t let it get to that.’ 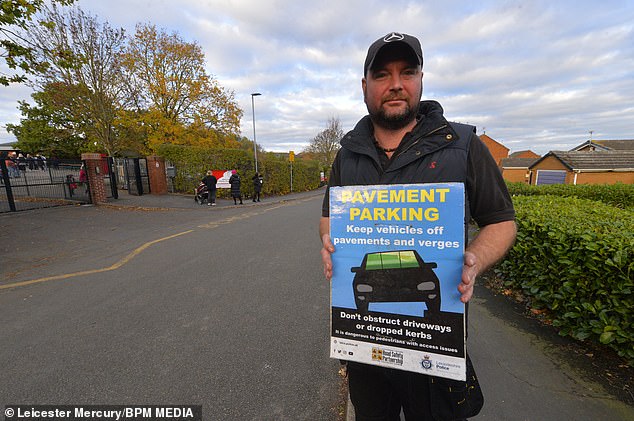 One campaigner stands outside Newcroft Primary Academy, Shepshed, on the pavement opposite the school, blocking cars from parking right outside 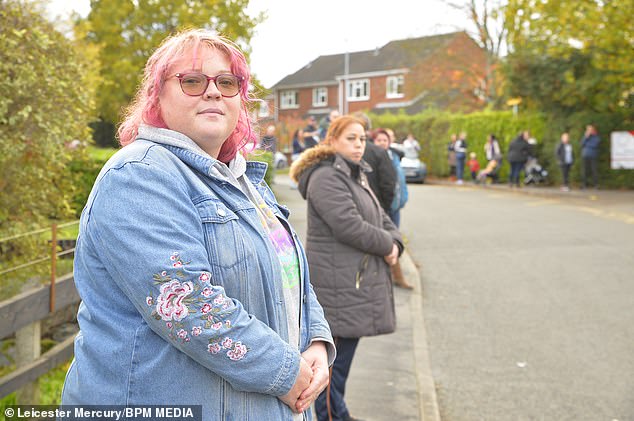 A Leicestershire County Council spokesperson said: ‘We’re aware of parents’ concerns. There’s no easy solution to dangerous parking outside schools, but we would encourage Newcroft to work with us and the local community to develop a travel plan aimed at promoting alternatives to travelling to school by car.

‘We can confirm that the zig-zag markings outside the school are enforceable by camera car, and we’ll continue to ensure that visits are made to undertake any necessary enforcement.’

Ms Colk said the matter had been reported to both the school and county council, but feels no action has been taken.

She believes something has to change to keep children safe. 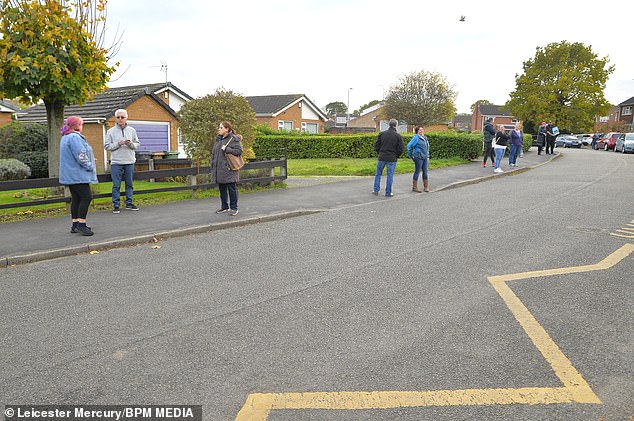 The group says action is needed to prevent someone getting seriously hurt after a series of near misses, putting children and their parents at risk

She said: ‘Unfortunately I think until something happens and someone gets hurt, nothing will change.

‘That’s not right, we need the council to put some kind of parking or waiting restrictions here to stop it.

‘Since we’ve started these lines drivers have started parking elsewhere but it’s only because we’ve had enough.

‘Some of us have spoken with the parents parking dangerously. Some have been understanding and others have just ignored us.

‘One woman said she parked like she did because she was tired. That attitude needs to change. Children should not be put at risk by drivers like this.’