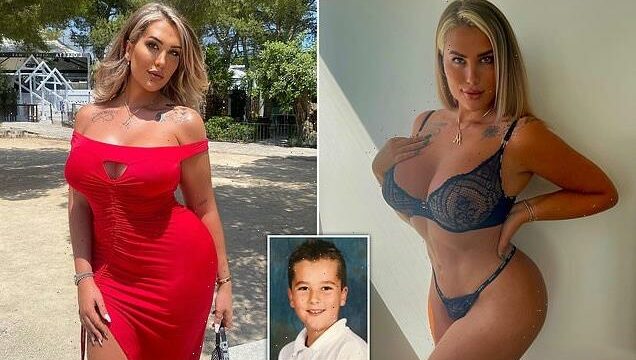 EXCLUSIVE: British OnlyFans model, 27, is facing abuse from ex-boyfriends after revealing she is transgender

A stunning social media influencer and OnlyFans model has revealed how she has received death threats that have left her scared of returning to the UK after publicly coming out as transgender.

Michelle Alexandra, 27, from Manchester, announced to her 25,000 Instagram followers on January 4 that she was trans which led to her being inundated with hate filled messages particularly from men who previously slept with her not knowing her previous gender.

Ms Alexandra maintained that she deliberately chose to reveal that she was transgender while on holiday with her family in the Dominican Republic as she feared a backlash and did not want to be in the UK when the news emerged.

She is currently travelling around South America and is not expected to return to the UK until June. 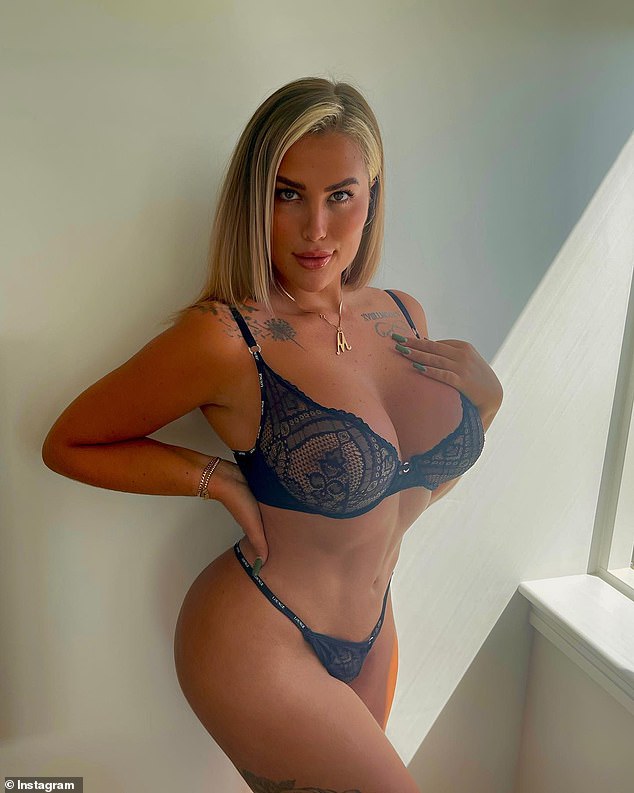 Michelle Alexandra, 27, is an Only Fans model and Instagram influencer from Manchester with over 25,000 followers

Ms Alexandra cried: ‘The messages have been horrible and have left me feeling very scared for my life. Men who I was previously involved with, or their relatives have been saying things like “we hope you die,” or “we’re going to kill you.” The things that are being said are disgusting and deeply hurtful.

‘Some of them are very angry and feel as if sleeping with me now makes them gay. News of me coming out went viral and they’ve gone crazy.’

She added: ‘It’s left me very nervous about coming back to the UK because I might see some of these people on a night out and they could cause me real harm.

‘I have blocked all those who have sent me threatening messages but if they persist, I will be forced to contact the police.’

Ms Alexandra was born in Manchester and was named Mitch by her parents Sue and Mick, 62. She has one older brother, Jake, 29.

She insisted: ‘Since the age of four I wanted to be a girl and luckily, my family have been very supportive. It’s been a bit more of a struggle for my father and brother but over the years, they’ve come to terms with it.

‘I was never into boys’ things, didn’t like wearing boys’ clothes and just wanted to play with other girls.’ 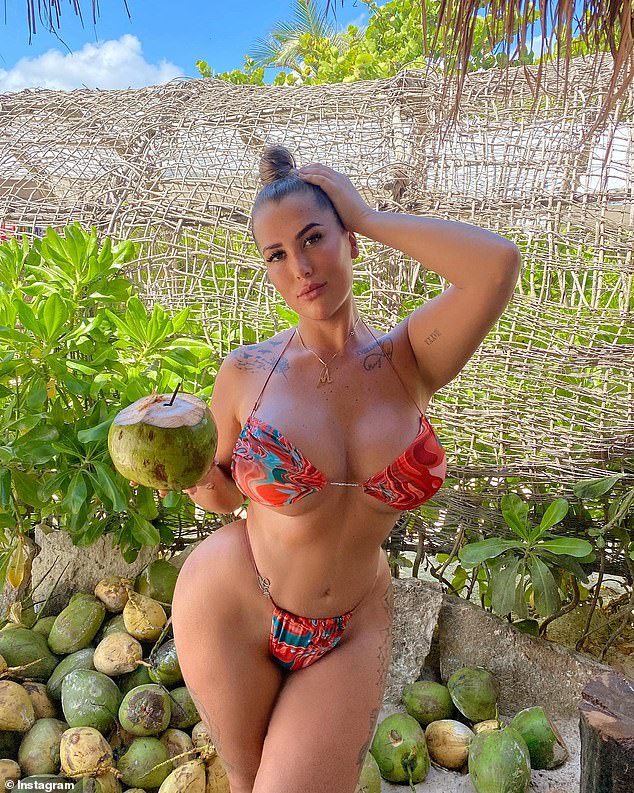 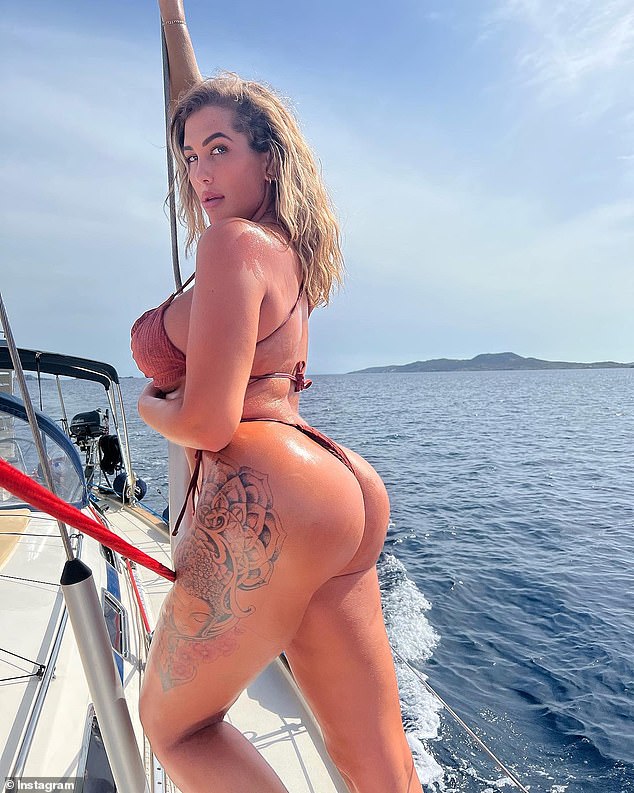 When she was aged three, Ms Alexandra’s parents moved the family to Alicante, Spain, where they worked in the real estate business and soon began to support her desire to change gender.

She said: ‘It was when we moved to America when I was eight years old and I had to wear a boys school uniform that I realised this wasn’t me. When we moved back to Spain again I decided that I wanted to be who I was – a girl. 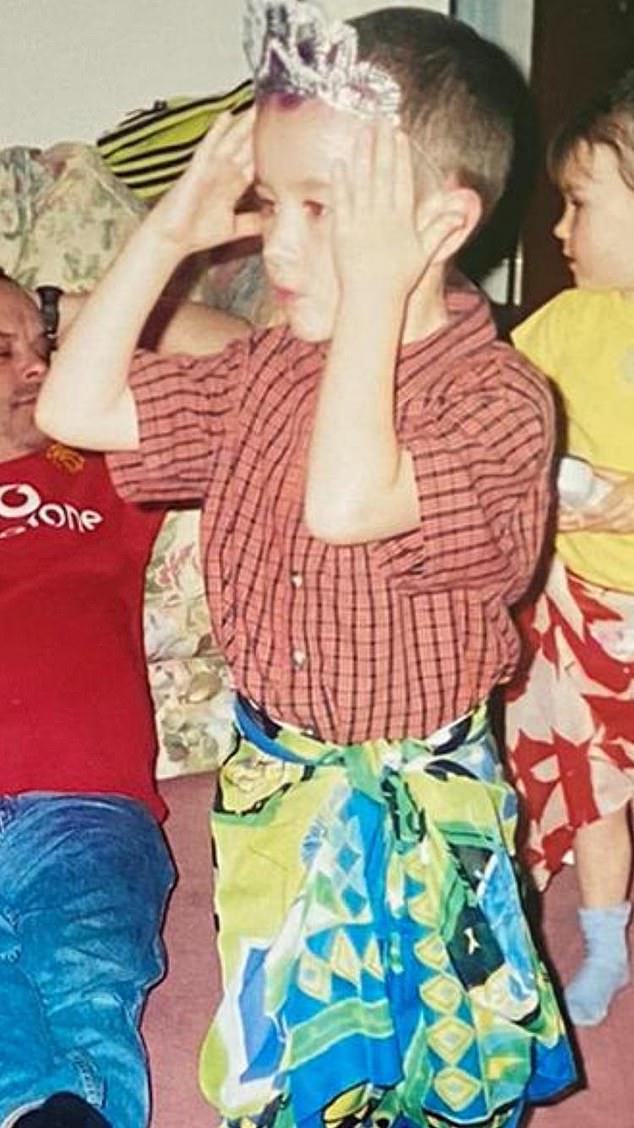 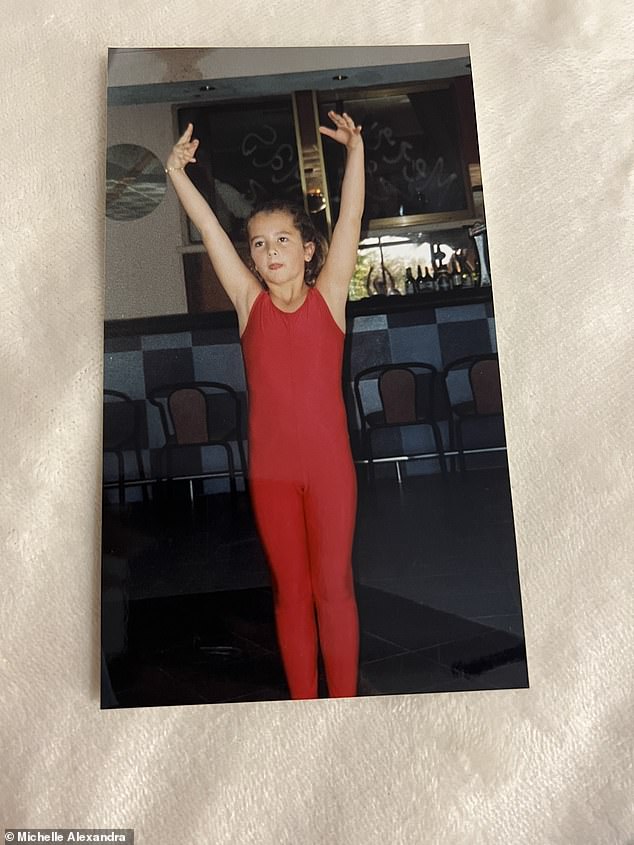 ‘I was never into boys’ things, didn’t like wearing boys’ clothes and just wanted to play with other girls.’ 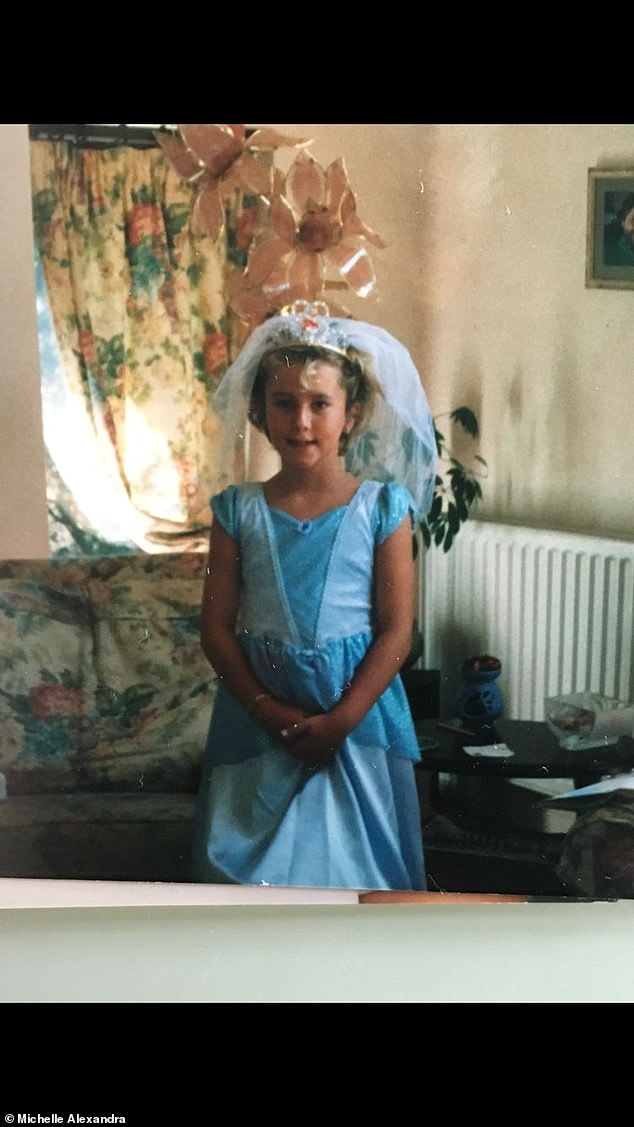 ‘It was when we moved to America when I was eight years old and I had to wear a boys school uniform that I realised this wasn’t me. When we moved back to Spain again I decided that I wanted to be who I was – a girl’,  Michelle told MailOnline. 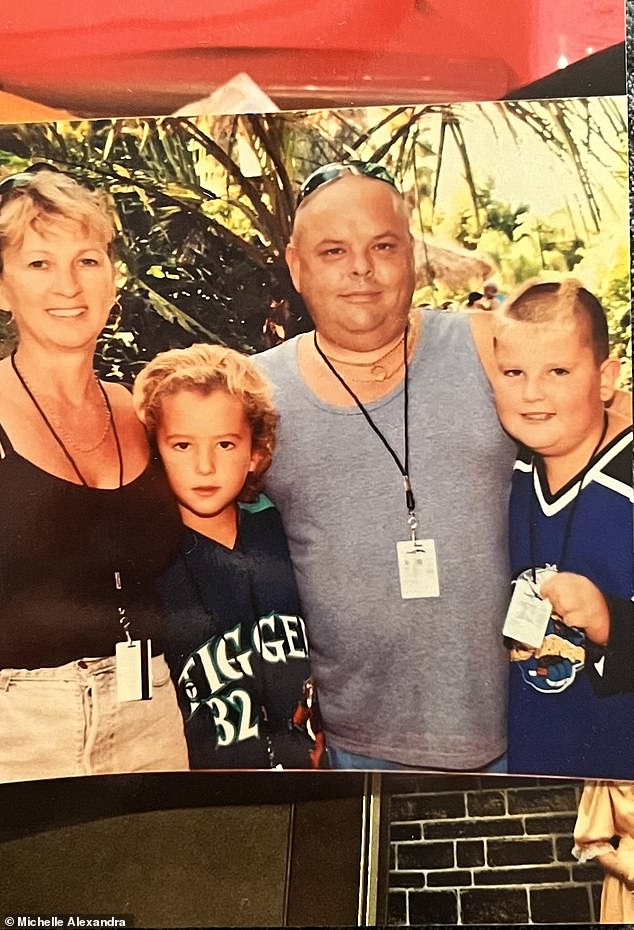 Michelle Alexandra, pictured second from left, with her mother, brother and father. She told MailOnline: ”My family have been very supportive’.

Ms Alexandra said: ‘It’s been quite a journey for me, and I’ve gone through a lot. But coming out has been a very important part of the process.

‘I’ve come out because I was always complaining about how trans issues weren’t being spoken about in the media or on television and I thought – I’m moaning about it, but I’m not even doing it myself.

‘How can I expect it to be spoken about if I can’t pluck up the courage myself to speak out?’ 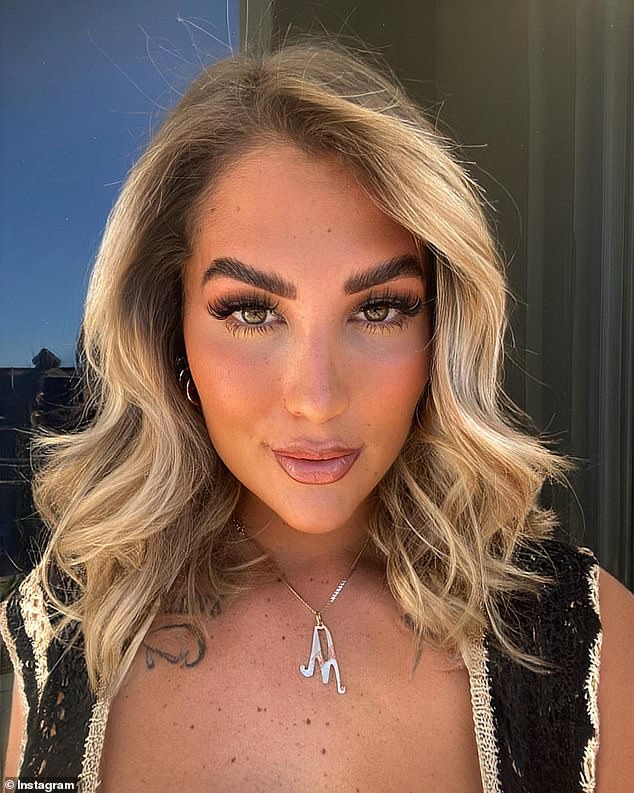 Michelle said she received ‘really, really horrible’ messages from ex-partners who threatened and scared her after they found out she was trans 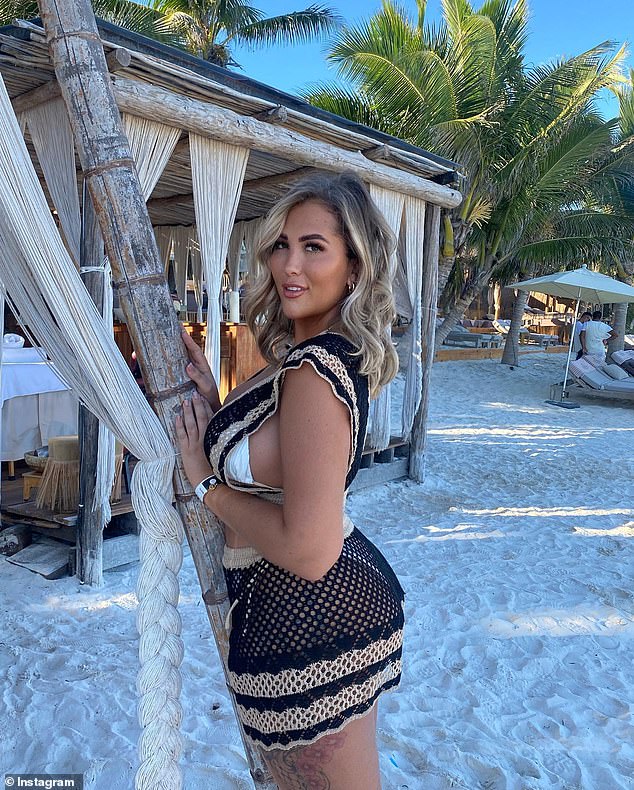 She insisted: ‘When I was younger, I was dating guys for one or two days that didn’t really know about me then I wouldn’t see them again. They’ve now seen me come out and they’re angry.

‘This has been the hardest part for me, guys in my DMs just saying, “what the f***”, calling me horrible names and threatening me. They’re making me feel scared.’

When asked how she has responded to the angry messages, Ms Alexandra replied: ‘I’ve just said to them – I’m sorry, there’s nothing I can do now to change the past. If that’s how you feel, then that’s on you. Then I block them.’

Ms Alexandra spends her time between Ibiza and Manchester earning a living from income she makes from social media work and her OnlyFans page.

She is currently not in a relationship and admitted that her experience of coming out and past relationships has left her with ‘fear’ and ‘anxiety’ about getting involved with men. 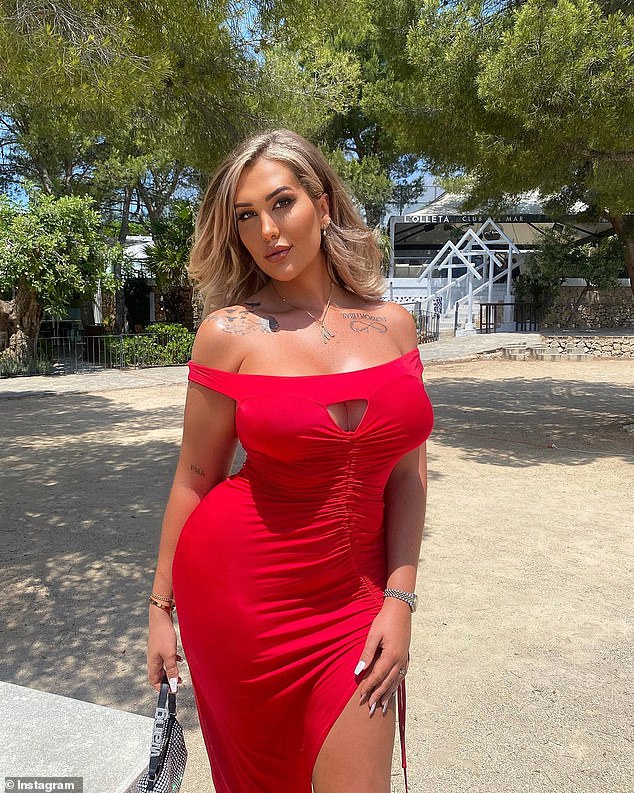 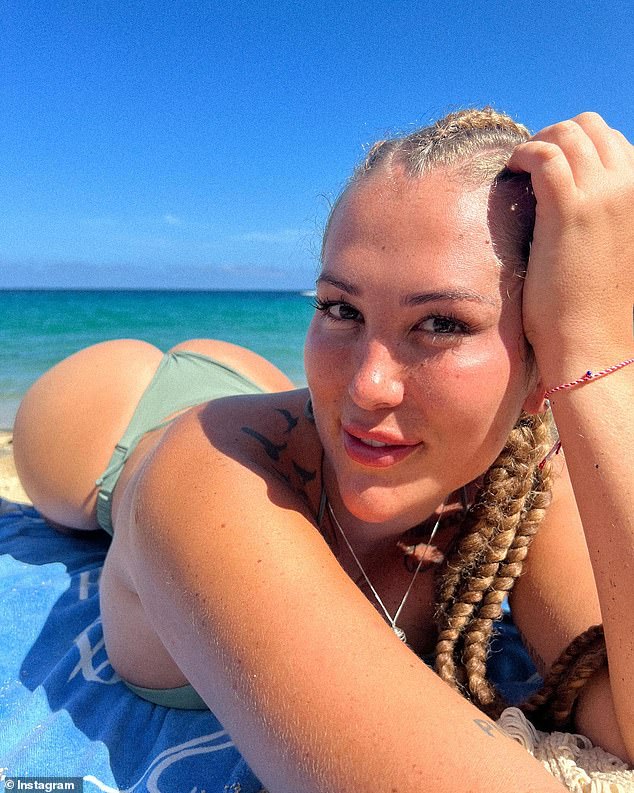 Ms Alexandra said: ‘Relationships are just really hard, you want to get to know someone, and they get to know you for who you are, a human, and not just something.

‘That’s why I haven’t been dating anybody lately. It’s just too much of a headache for me. It has been taken away from me that I can’t have casual sex or casual hook-ups.

She added: ‘It all comes down to how trans people are not normalised in society. I am just a woman and what I was meant to be born as.’ 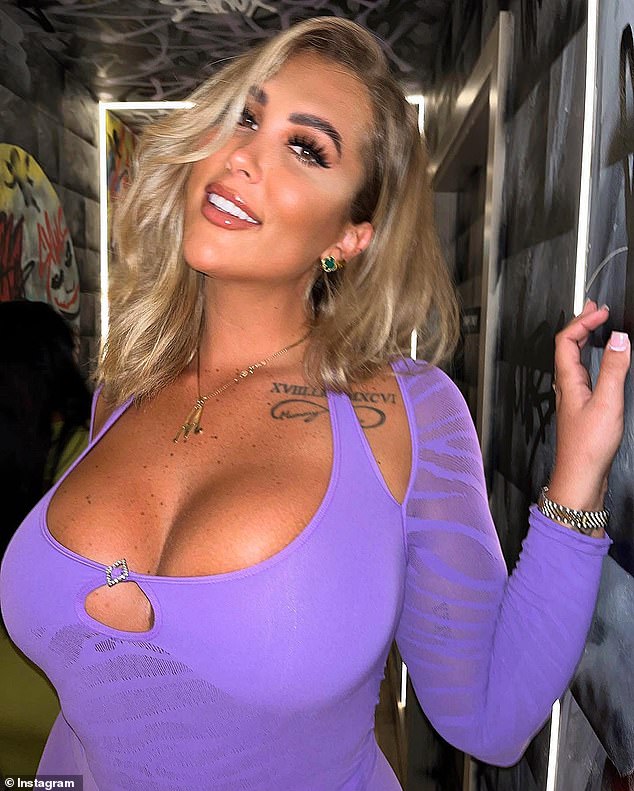 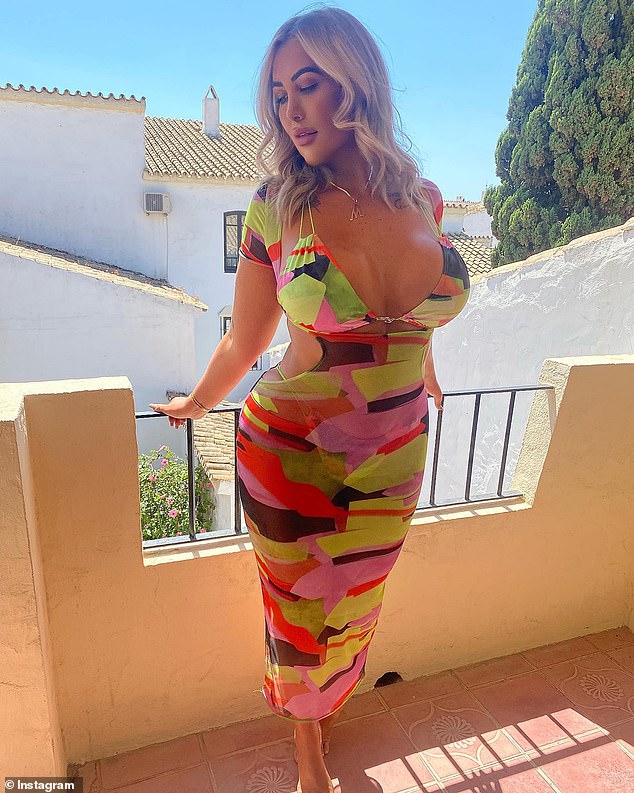 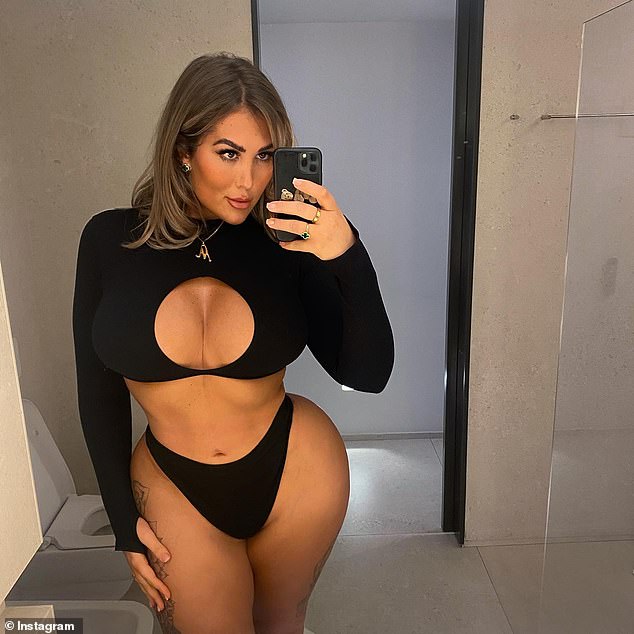 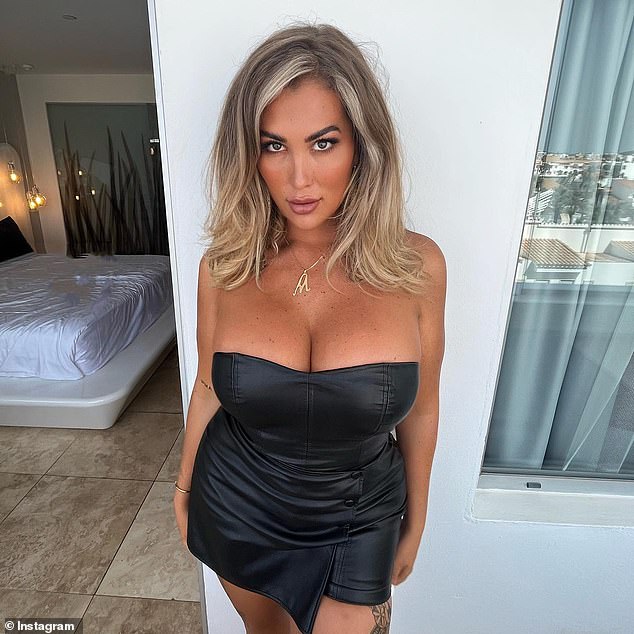 After finishing her travels around South America, Ms Alexandra said that she plans to start a podcast and YouTube channel discussing identity issues for transgender people.

She insisted that despite the hate messages, she has also received a lot of positive ones from supporters or those dealing with transgender issues themselves.

She said: ‘If someone is feeling how I felt when I was younger and they want to speak to somebody other than their parents, I want to be there for them.

‘I’ve had a lot of messages already from younger and older people, there’s also parents asking for advice on their children. I have said to myself that even if I help one person, I will be happy.’