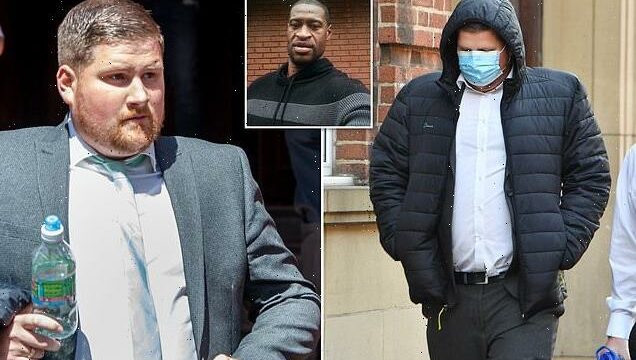 Police constable, 31, who admitted sharing racist memes and jokes mocking death of George Floyd with friends on WhatsApp is jailed for 20 weeks

A police constable who admitted sharing racist memes and jokes mocking the death of George Floyd with his friends on WhatsApp has been jailed for 20 weeks.

James Watts, 31, was working as a probationary constable in West Mercia Police when he sent the offensive images after a US police officer murdered Mr Floyd by kneeling on his neck for nine and a half minutes.

He previously pleaded guilty to 10 counts of the offence of sending grossly offensive messages in a group chat.

The former constable was today sentenced to 20 weeks in prison.

His name has also been added to the College of Policing’s barred list, meaning he won’t be able to work in any policing role across the country for life.

Watts, from Castle Bromwich in Birmingham, sent the racially discriminatory messages and images on his personal phone in May and June 2020. 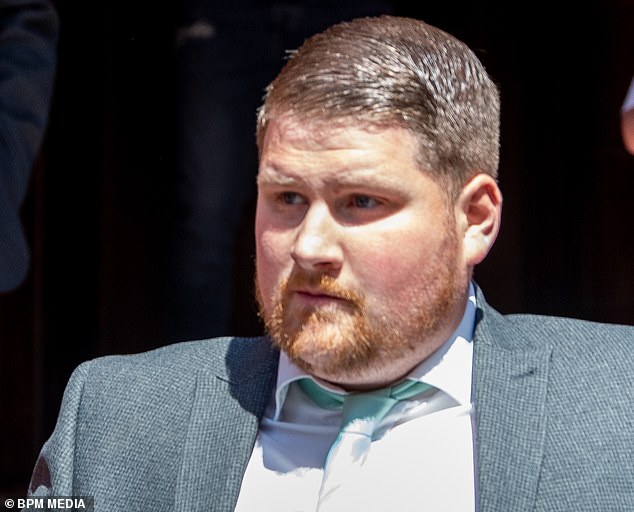 James Watts, 31, was today jailed for 20 weeks after he admitted sending the grossly offensive and racist messages to his friends on WhatsApp. The messages, sent by the former constable in 2020, contained material about murdered George Floyd 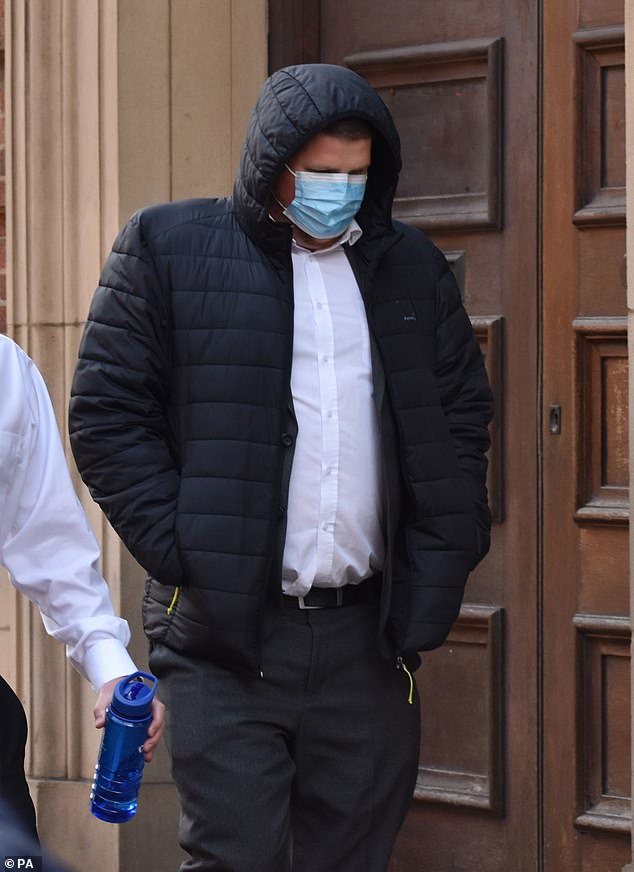 The messages included content linked to the brutal murder of Mr Floyd in Minneapolis, Minnesota – which triggered a wave of Black Lives Matter protests across the world.

Four ‘memes’ sent by Watts referred to the American man – who was knelt on by police officer Derek Chauvin in May 2020.

They included depictions of a kneeling matt emblazoned with George Floyd’s face, the claim that someone had bought a Floyd t-shirt that was so tight around the neck that they could not breathe.

Other images showed a white dog wearing Ku Klux Klan clothing and a black dog with a noose around its neck. 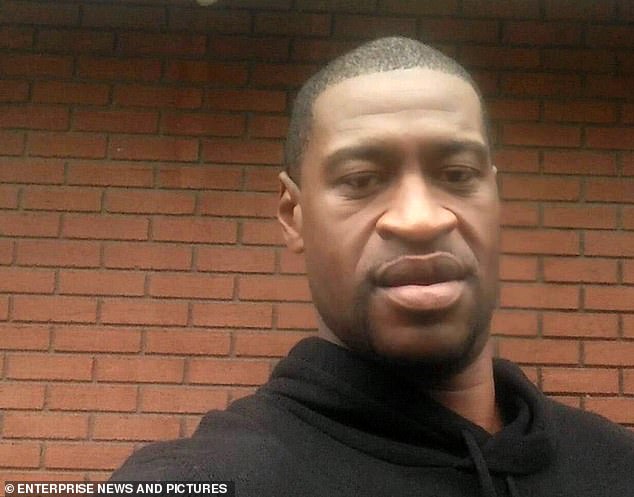 George Floyd, 46, was murdered by a police officer kneeling on his neck in Minneapolis, US, in May 2020 – triggering worldwide Back Lives Matter protests

Other images mocked the size of black men’s genitalia.

The messages came to light in June of that year, and the issue was referred to the Independent Office for Police Conduct (IOPC).

Watts resigned from the force while the investigation was ongoing. 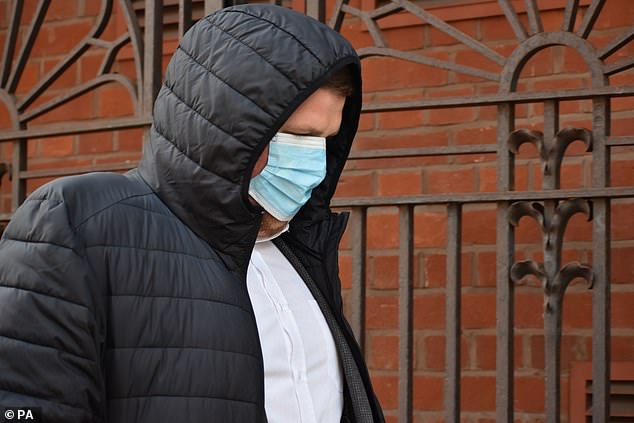 Jailing him for 20 weeks today, Deputy Chief Magistrate Tanweer Ikram said: ‘The fact is that over a period of a month you continued to post messages that were grossly offensive.

‘This goes beyond stupidity and foolishness. You were previously a prison officer and I have no doubt you would have received diversity and inclusion training in that role.

‘You were (at the time) a police officer, someone the public looks up to to uphold the law.

‘You undermined the confidence the public has in the police. Your behaviour brings the criminal justice system as a whole into disrepute. You are there to protect the public and enforce the law. What you did was the exact opposite.

‘The hostility you demonstrated on the basis of race makes this offending so serious that only an immediate custodial sentence will suffice.’

His defence counsel, Peter Arnold said of his client: ‘There was clearly no intention to offend this particular man. He was blind to the offence he was causing.

‘None of the other group members could find an ounce of racism in him.’

Speaking after today’s hearing West Mercia’s Deputy Chief Constable Julian Moss said: ‘I welcome the sentencing today and the custodial sentence, which shows the gravity of the offence.

‘This case shows we are committed to rooting out any racist behaviour within the force, whether it takes place on or off duty. There is absolutely no place for these attitudes or this behaviour within West Mercia Police.

After sentencing, IOPC regional director Derrick Campbell said: ‘The sharing of such images by a serving officer, some of which mocked the death of George Floyd, is bound to have caused significant reputational damage to policing.

‘The content of these messages will disturb many people both within and outside the police service.

‘Today’s outcome must act as a stark reminder that this behaviour, particularly from a police officer, is unacceptable.

‘It is important officers understand it is irrelevant whether such activity takes place on or off duty, or in a private or public social media network – the conduct is likely to face serious disciplinary or criminal consequences.’