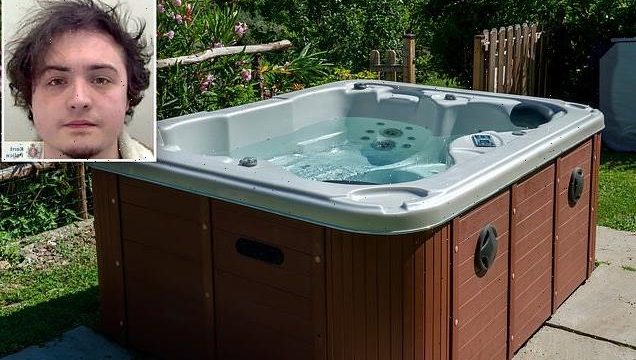 New Year’s Eve partygoer, 25, is jailed for two years for molesting woman underwater as she sat next to him in hot tub

A New Year’s Eve partygoer who molested a woman underwater as she sat in a hot tub next to her partner has been jailed for more than two years.

A court heard the victim repeatedly clenched her boyfriend’s arm in a desperate attempt to alert him before breaking down in tears.

Paul Gregory admitted when confronted by her partner that he had indecently touched the woman, but later lied to police by claiming she had flirted with him and given him a ‘cheeky and encouraging’ look.

The 25-year-old also said he did not know why she had complained to police other than perhaps through ‘regret or getting caught’.

Gregory, of Wisteria Gardens, Swanley, Kent, later admitted assault by penetration and was jailed for 27 months on October 1.

His barrister told Maidstone Crown Court, Kent, that he now ‘recoiled’ from the account he gave after his arrest. 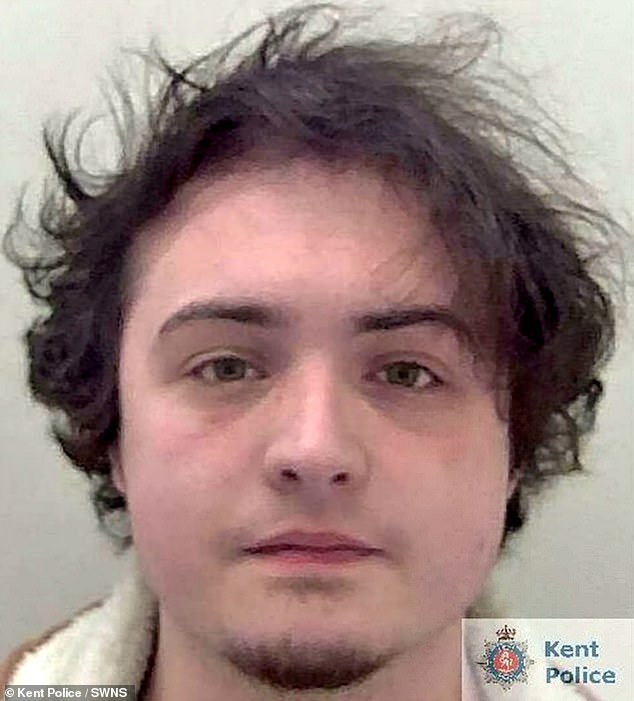 Paul Gregory, 25, (pictured) admitted when confronted by the victim’s partner that he had indecently touched the woman, but later lied to police by claiming she had flirted with him

The part-time garden centre worker was at a party on December 31, 2019 when several people stripped to their underwear to enjoy a dip in the hot tub as the evening came to an end.

The woman first felt Gregory touch her thigh and when she realised it was deliberate rather than a mistake, she told him ‘no’, said prosecutor Paul Valder.

But he then behaved in what Judge Julian Smith said was an ‘outrageous, abhorrent and unacceptable’ way by molesting the woman.

‘She said she froze and didn’t say anything but was indicating her stress to her boyfriend by repeatedly clenching his arm and when he looked to see what was wrong she gestured her head towards the defendant,’ Mr Valder told the court.

‘He twigged that something was amiss and thought she was upset by the defendant sitting too close and asked him to give her some space.

‘However, she grabbed his arm again and, realising something was wrong, they got out. She went straight to a bathroom, broke down in tears and told him what had happened.’

Bizarrely, when confronted a few minutes later, Gregory was dressed in the victim’s jeans, the court heard.

He later messaged a friend to admit he had ‘f***ed up’ but added ‘She never stopped me and there was previous flirting but that’s never going to get heard and now it’s been blown way out of proportion. Should never have happened. F***ing kill me.’

‘The complainant was very clear (with police) she had not flirted with the defendant at any time, Mr Valder added. 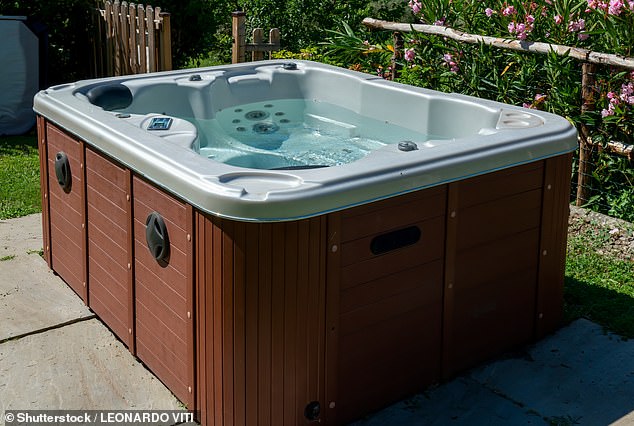 Jessica Ward, defending, said Gregory, who has no previous convictions, was deeply ashamed at his behaviour that night, which occurred through a mix of drink and drug abuse.

‘There was nothing she did that evening in any way that can be worthy of leaving blame at her door. He accepts that entirely.’

Urging the court to impose a suspended sentence, Miss Ward added that Gregory had ‘learnt his lesson’ and no longer took drugs.

‘You were heavily intoxicated and your behaviour was extraordinary and dreadful. It was clearly deliberate, and the victim was frozen in shock and anxiety,’ he told Gregory.

‘You admitted what you had done initially and apologised but then you were saying you believed it was consensual. That was not the position.

‘There is a level of intrusion and invasion here and such harm caused that the punishment is one that can only be properly reflected by immediate custody.’

Gregory will have to sign on the sex offender register for 10 years on his release.

Detective Constable Jonathan Summers, Kent Police’s investigating officer for the case, said after the sentencing: ‘This offence has had a profound impact on the victim and I sincerely hope that she can gain a sense of assurance from this result.’