A New York City public defender who voiced her opposition to anti-bias training in schools is suing the Legal Aid Society, claiming she was “discriminated against on the basis of race” because she is White and effectively forced out of her job.

Maud Maron – a staff attorney who worked for the Legal Aid Society from 1998 through 2006 and then rejoined in 2017 – alleged in a lawsuit filed Monday that the nonprofit and the Association of Legal Aid Attorneys published “knowingly false statements in furtherance of ideological and political motives” following her July 2020 op-ed in the New York Post, which argued that anti-racism training in schools invites discrimination and harms kids.

Maron’s suit in the Southern District of New York claims “politically motivated” members of the Black Attorneys of Legal Aid caucus initiated a baseless investigation into her in late 2019, leading to her entire caseload being reviewed. She was “fully cleared” and the probe was “deemed unfounded,” according to Maron’s filing. 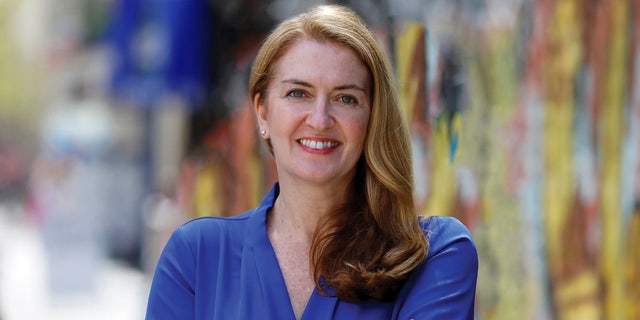 But months later, the New York City Council candidate penned an op-ed speaking out against having to refer to herself by her White identity at a city Department of Education anti-bias training, prompting the Black Attorneys of Legal Aid caucus to blast Maron’s “racist views” and claim that she had no business working as a public defender.

“We’re ashamed that she works for the Legal Aid Society,” the group posted in a lengthy statement.

Maron’s lawsuit blasted the “race-based statement” as false and defamatory, claiming she’s “fully capable” of continuing her career as a public defender, but the Legal Aid Society has made it “impossible” for her to keep working there.

“The Legal Aid Society also violated the guarantee of free speech … constructively terminating Ms. Maron for her express on personal political and social beliefs without evidence that her speech has or will directly interfere with and detract from the representation of her clients,” the lawsuit reads.

“An employer who says, publicly, it is ashamed she works there and has no business working there, is not an employer any reasonable person could be [expected] to work for.”

Maron, who is currently on sabbatical, claims the Legal Aid Society and the Association of Legal Aid Attorneys violated Title VII of the Civil Rights Act by effectively forcing her out of her job.

“None of this would have happened if I just said I loved books like ‘White Fragility,’ and I’m a fan of Bill de Blasio’s proposals for changing New York City public schools, and I planned to vote for Maya Wiley for mayor,” Maron told journalist Bari Weiss Monday.

“The reason they went after me is because I have a different point of view.”

Maron, whose op-ed claimed that “racial obsessions” made it impossible for city officials to treat parents and kids as people, insisted those who oppose that ideology are “shunned and humiliated” while conditions at schools continue to worsen.

“I am very open about what I stand for,” Maron told Weiss. “I am pro-integration. I am pro-diversity. And also I reject the narrative that White parents are to blame for the failures of our school system. I object to the mayor’s proposal to get rid of specialized admissions tests to schools like Stuyvesant. And I believe that racial essentialism is racist and should not be taught in school.”

This story first appeared in the New York Post.