North Korea has fired what appears to be a ballistic missile over Japan, the country’s Ministry of Defense said Monday.

The apparent ballistic missile was launched at 7:22 a.m. local time and passed over Japan at 7:29 a.m., the Japanese Ministry of Defense announced.

The government of South Korea confirmed that the Japanese government warned citizens to take shelter. The missile likely flew over Japan, but it is still unknown whether the missile fell into the sea. 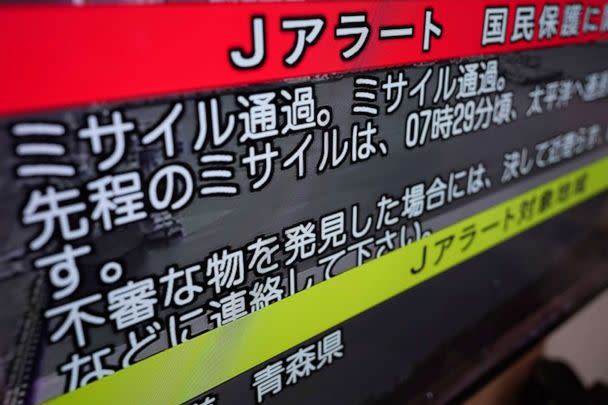 Residents in Aomori and Hokkaido prefectures, toward the northern end of Japan, have been advised to be on alert and to notify police or fire officials if debris is seen.

People were also warned by officials not to touch or pick up any debris.

The office of Japanese Prime Minister Fumio Kishida has begun to gather members to analyze the situation. 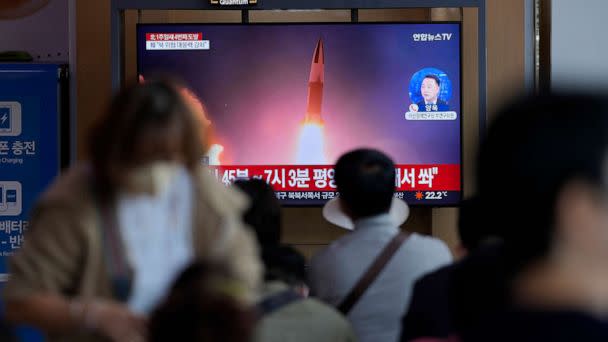 A government spokesperson said no damage has been reported so far and a search is underway for debris. Officials are gathering information and will work South Korea and the U.S.

“North Korea’s actions threaten Japan and the international community,” the spokesperson said. “Missile launches like this go against the U.N. resolutions. Japan will launch a strong protest against North Korea in light of this. All new information will be shared promptly.”