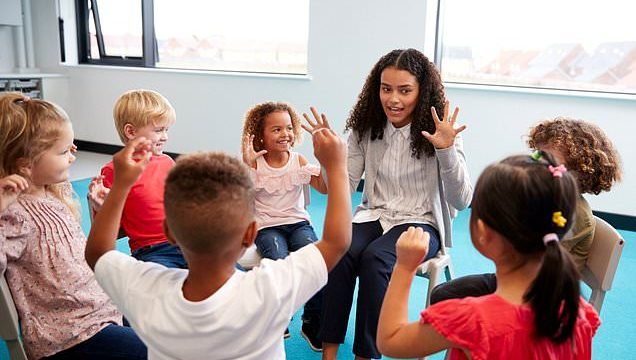 New maths and physics teachers will receive an extra £2,000 a year if they agree to work in ‘tough’ areas like Barnsley and Hull

New maths and physics teachers will get an extra £2,000 a year if they agree to work in tough areas.

Some parts of the country – particularly in the North – are falling behind in GCSE attainment.

Teachers will be eligible for the extra cash, which would be paid as a salary top-up, if they teach in 42 areas including Barnsley, Hull, Doncaster, Bradford, Scarborough, Ipswich, Oldham, Stoke, Middlesbrough and West Somerset.

Some more well-to-do areas are also included, such as Harrogate and York, as they also have shortages.

Only those in their first five years as teachers will be eligible for the scheme which will run as a two-year pilot but continue if successful.

Schools minister Nick Gibb said: ‘We want to attract the best graduates, particularly in subjects where expertise is vital to the economy.’