A Florida woman walked out of a New Jersey prison on Tuesday night, hours after the New Jersey Supreme Court overturned her 2016 murder conviction in the 1991 death of her 5-year-old son, according to reports.

“Oh my god,” Michelle Lodzinski said before starting to cry Tuesday morning when her lawyer called her with the news, NJ.com reported.

Lodzinski, 54, had been detained inside the correctional facility ever since January 2017, when she was sentenced to a 30-year term behind bars with no possibility of parole, the outlet reported. Prior to that, she had been held in custody, awaiting trial, since her 2014 arrest.

But the court ruled Tuesday that prosecutors had failed to produce enough evidence to prove Lodzinski had intentionally caused the death of young Timothy Wiltsey, according to The Associated Press.

The cold case had gone unsolved for years even though Lodzinski was considered a prime suspect because of her shifting stories about what happened the day the boy died, the AP reported. 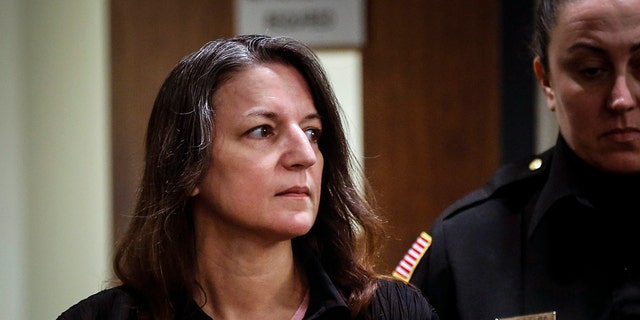 The court’s decision Tuesday means Lodzinski cannot be placed on trial again because of laws against “double jeopardy,” said Gerald Krovatin, her attorney, who picked up Lodzinski from prison Tuesday night, according to NJ.com.

Lodzinski was hoping to return as soon as possible to Florida, where she had been living and working when she was arrested, NJ.com reported.

The woman has two other sons who were born after Timothy died, the outlet reported.

In May of this year, the state Supreme Court deadlocked 3-3 on Lodzinski’s appeal, meaning her conviction was upheld. (Chief Justice Stuart Rabner did not participate.) 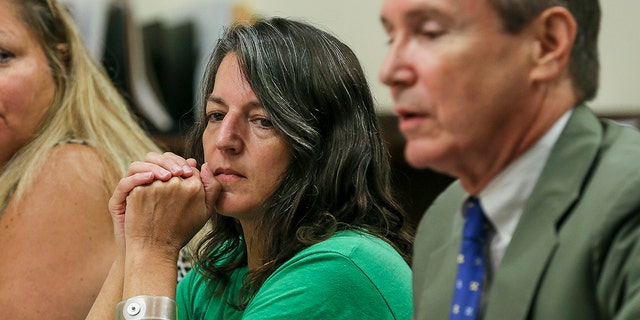 Michelle Lodzinski listens to her attorney, Gerald Krovatin, during a motion to get her a new trial in Superior Court, in New Brunswick, New Jersey, Aug. 23, 2016. (Associated Press)

But then in October the justices agreed to reconsider the case, saying it had made a procedural error in its prior ruling. This time the decision was 4-3 in Lodzinski’s favor, after the court agreed to allow an appellate judge to serve as a tiebreaking vote, according to the AP.

Lodzinski was a single mother living in New Jersey in 1991 when she told investigators that Timothy had gone missing while at a carnival. His body was found nearly a year later in a marshy area near the office complex where Lodzinski worked, the AP reported.

In between, she gave authorities conflicting accounts about what happened, the report said.

She later moved to Florida and had two other children. Then Timothy’s former baby sitters told investigators that a blanket found with the dead boy’s body had belonged to Lodzinski.

During her trial, her lawyers argued that there was no forensic evidence linking Lodzinski to the blanket, not enough evidence saying she purposely caused the boy’s death, and no cause-of-death had been established because the child’s body had deteriorated during the months it had gone undiscovered.

“If you can’t find a cause of death, I submit you don’t have a homicide by definition,” Krovatin told the court in October, according to the AP.

The Associated Press contributed to this story.