The league hit the Golden State Warriors forward with a $25,000 fine for "directing an obscene gesture toward the spectator stands" during Game 2 of the Warriors' second-round series against Memphis. That "obscene gesture" would be Green flashing the double bird at Grizzlies fans who were booing him as he walked to the locker room.

The following was released by the NBA. pic.twitter.com/Q7uU2BTZuz

The incident occurred early in the first quarter of Game 2, just seconds after Grizzlies guard Dillon Brooks knocked out the Warriors' Gary Payton II for the series with a hard foul that resulted in a fractured elbow.

Green was lunging for a loose ball alongside Memphis forward Xavier Tillman, who swung his left arm out and caught Green in the face with a hard elbow. Green immediately fell to the floor while play continued, with no foul called on the play. Once the Warriors were able to call timeout, Green left for the locker room with a bloodied right eye.

On his way out, Green, who was ejected from Game 1 on a Flagrant 2 foul, decided to send a message to Memphis fans:

Draymond Green keeping it classy on the way to the locker room in Game 2. pic.twitter.com/2V8ZmwkJYG

Green returned to the game at the start of the second quarter, eventually posting six points, 10 rebounds and seven assists in a 106-101 loss that tied the series.

After the game, Green wasn't exactly contrite. He said Grizzlies fans deserved to be flipped off for booing an injured player, said it "felt really good" to do it and noted how a low five-figure fine is pocket change for a player with his salary:

“You’re going to boo somebody who got elbowed in the eye and has blood running down his face, you should get flipped off. I’ll take the fine. I'll go do an appearance and make up the money. It felt really good to flip them off.

"You're going to to boo someone who got elbowed in the eye and has blood running down [his] face? I could have had a concussion or anything. So if they're going to be that nasty, I can be nasty too. I'm assuming the cheers were because they knew I would get fined. Great, I make $25 million a year, I should be just fine."

Green's fine wasn't the largest disciplined levied for Game 2, as Brooks was suspended for Game 3 due to his foul on Payton.

Game 3 is scheduled for 5:30 p.m. PT on Saturday in San Francisco, where the Warriors are 6.5-point favorites to take a 2-1 lead in the series according to BetMGM. 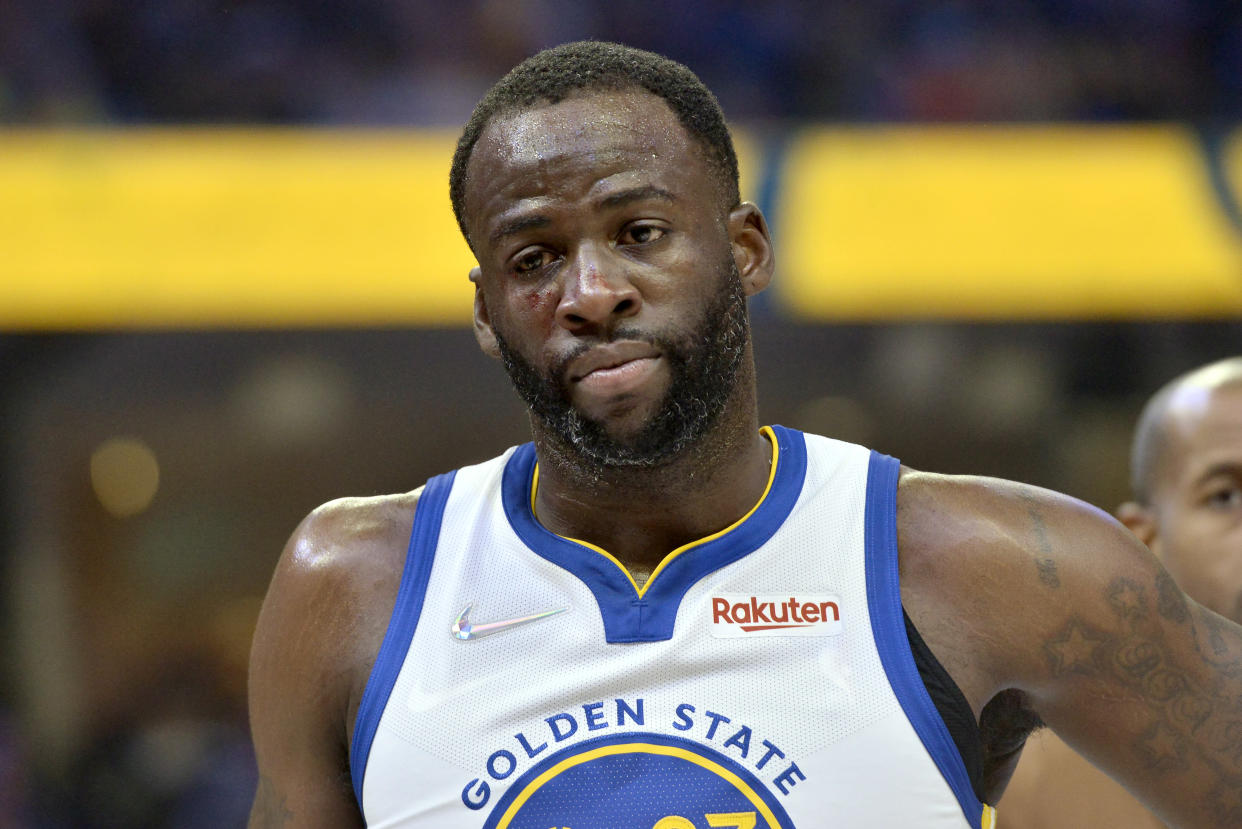