THE RV used in the Nashville Christmas bombing was heard blasting out Petula Clark's pop classic 'Downtown' before detonating, a hero cop at the scene has recalled.

James Luellen was one of six officers that evacuated innocent bystanders from the area as the SUV played an audio warning before exploding in downtown Nashville on Christmas Day. 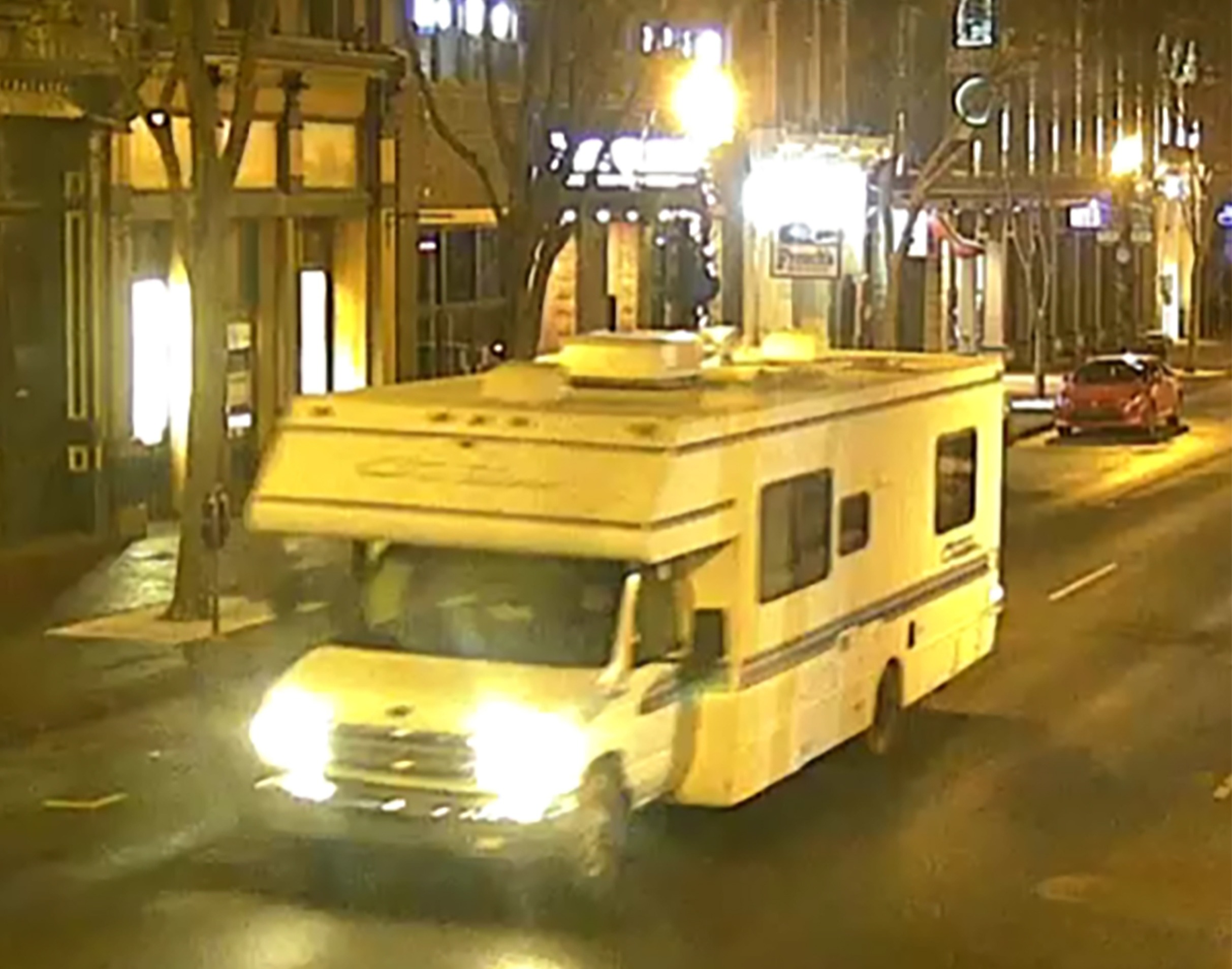 But the brave cop recalls how he heard the countdown change to the chart topping 1965 tune, before the vehicle's massive explosion caused wreckage in the surrounding area.

“The music started, and I notified over the [police radio] air to notify other officers,” Luellen said during a press conference Sunday morning.

“Then, after the song, it continued to go back to the announcement for a little while," he added.

Luellen said he didn’t immediately recognize the song at first.

But he later asked another responder from the federal Bureau of Alcohol, Tobacco, Firearms and Explosives if they knew the song.

He recalled: “What I remembered was 'Downtown, where the lights shine bright'.

“Later, the ATF agent I spoke to pulled it up, and Downtown by Petula Clark was the specific song that was played.”

After the recorded countdown hit zero, the vehicle exploded into a massive fireball, sending shrapnel flying and destroying nearby buildings.

The FBI said the RV arrived at roughly 1.22am Central time in central Nashville while investigators believe the blast was an "intentional act."

The explosion damaged at least 41 businesses in the area and caused one building to partially collapse, reports say.

Police are investigating whether human remains found among the wreckage could be that of Anthony Quinn Warner, the RV’s possible owner.

They are also looking at if Warner's paranoia about 5G technology and alleged government eavesdropping could have been a motive for detonating the bomb.

It was also revealed today how agents investigating the suspected suicide bomber received a call from an individual who raised the alarm back in August 2019.

Warner was feared to have been making bombs in the RV, which was seen parked at his home in the Antioch neighborhood of Nashville.

Police are also going to question a 41-year-old man who was stopped in his RV by Madison County sheriffs in March.

The RV had been fitted with a PA system and the driver was also said to have been armed with two AR-15 assault rifles.

The FBI has asked anyone with information on the incident to call 1-800-CALL-FBI (1-800-225-5324), their local FBI office, or the closest American Embassy or Consulate.