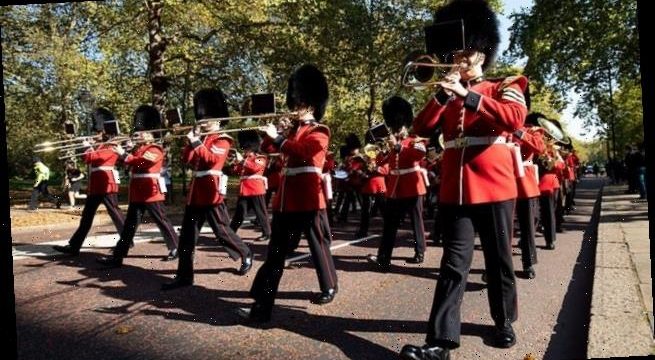 Hundreds of musicians in British military bands have been forced to stop playing due to injuries caused by marching and performing at the same time.

Perhaps surprisingly, it is the lighter instruments that pose the most threat to their health.

Official new figures reveal that 348 musicians from the Army, Royal Navy and Royal Air Force bands had been medically downgraded as of April 1, 2019, with 137 suffering long-term musculoskeletal disorders since 2008. 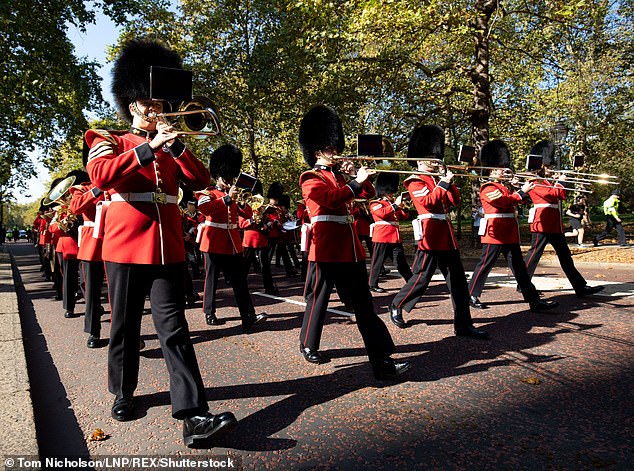 Hundreds of musicians in British military bands have been forced to stop playing due to injuries caused by marching and performing at the same time. Pictured: Band of the Grenadier Guards

A Freedom of Information request has revealed that personnel from the Corps of Army Music and bands attached to the other Armed Services have suffered a range of repetitive strain injuries.

The data tallies with studies in the US Journal Of Sports Medicine And Allied Health Sciences into the ‘eccentric muscle contractions’ caused by playing various musical instruments while marching.

Remarkably, in some American marching bands as many as one in five piccolo players reported injuries – the highest of any instrument.

US researchers described playing instruments while marching as a ‘complicated neuro-muscular activity’ leading to ankle sprains, spinal issues and osteoarthritis.

They also found that playing brass and wind instruments inhibited the players’ breathing, making it more difficult to retain their balance.

Players also suffered from heat stroke due to the demands of summer performances. Those musicians with a higher body mass index were more likely to suffer injuries.

Last night, a Corps of Army Music source told The Mail on Sunday: ‘There is a very heavy performance schedule for military musicians and the job is much more physically demanding than people might assume.

‘You are often contorting your body to play an instrument while marching in step with those around you. 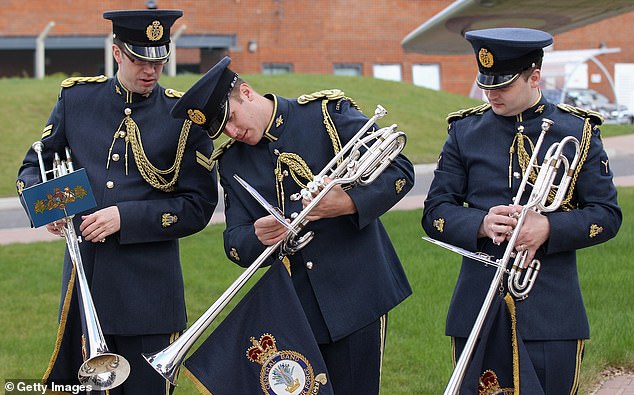 Official new figures reveal that 348 musicians from the Army, Royal Navy and Royal Air Force bands had been medically downgraded as of April 1, 2019, with 137 suffering long-term musculoskeletal disorders since 2008. Pictured: Members of RAF band (stock image)

‘The angles involved in holding and playing the smaller instruments can easily lead to a tweak here and there. These get more painful and you just play through it, causing your body more damage.’

As far back as the 16th Century, military bands serenaded British troops into battle. Today, musicians still deploy to the front line – as the Royal Artillery Band did in Afghanistan in 2013.

Last night, a Ministry of Defence spokesman said: ‘Individuals can be medically downgraded for a variety of reasons, most of which are temporary, minor health concerns that don’t prevent personnel from fulfilling their core duties.

‘Anyone who is medically discharged receives bespoke support to help them back into civilian life.’