A French-Canadian musician was dragged from his tent and mauled to death by a grizzly bear last week in a remote area of Canada where he had gone to record nature sounds for a musical project, according to multiple reports.

Julien Gauthier, 44, had been traveling with biologist Camille Toscani on the Mackenzie River in the Northwest Territories when the attack occurred last Thursday, the BBC reported. 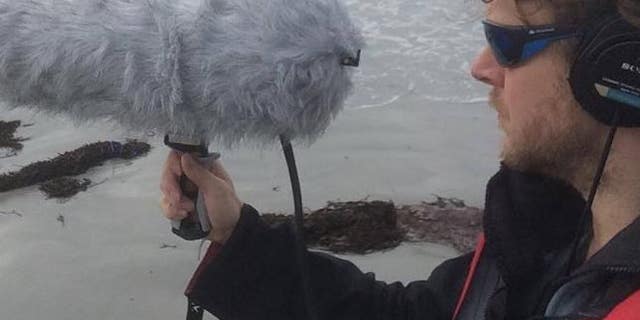 Musician Julien Gauthier had been in the Northwest Territories for a sound gathering musical project when he was fatally attacked by a bear.
(Facebook/Julien Gauthier)

Toscani said Gauthier was dragged away from their campsite in the middle of the night. She realized what had happened Thursday morning and launched a distress beacon. The Royal Canadian Mounted Police searched the area and found Gauthier’s body the next day, the BBC reported.

Gauthier and Toscani were planning a 930-mile canoe trip down the Mackenzie River from Fort Providence to Inuvik, according to a crowdfunding page.

In a Facebook post written one week before the attack, Gauthier said he and Toscani hadn’t met another soul for three days, “apart from 4 Bears.”

Originally born in Canada, Gauthier moved to France at age 19. He’d been a composer in residence for France’s Brittany Symphony Orchestra since 2017.

Toscani told the French-language newspaper Le Parisien they had been planning the trip to northern Canada for three years.

“We were so happy to get to do it,” she said. “He was a unique artist, inspired by open spaces and nature.”

The Brittany Symphony Orchestra described Gauthier as “a sensitive, generous and talented man” whose work was "faithful to his curious spirit [and] humble in front of the vast power and beauty of nature."