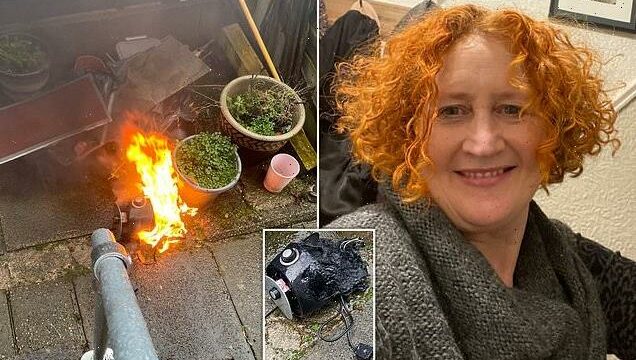 Warning to air fryer owners: Mother reveals terrifying moment Christmas must-have device set on fire which ‘could have burned the kitchen down’

A mother-of-two has issued a stark warning to air fryer owners after her own appliance unexpectedly burst into flames.

Rebecca Sim, 52, was using the one-year-old Tower product to cook bacon in her kitchen when she noticed a plastic smell.

The retired school teacher, who has multiple sclerosis, then saw a flame which quickly escalated into an ‘inferno’ as she unplugged the device and threw it outside.

Ms Sim from Prestwich, Greater Manchester, said: ‘So many people have now got air fryers, and so many of my friends have got one.

‘They all say they often leave it cooking while they go and do something. It is very simple to use and it had been thoroughly cleaned, so I wasn’t expecting it. 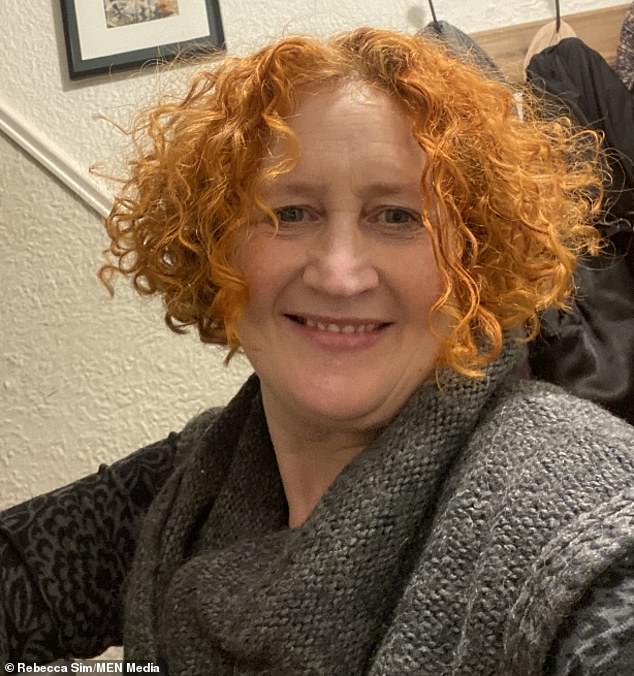 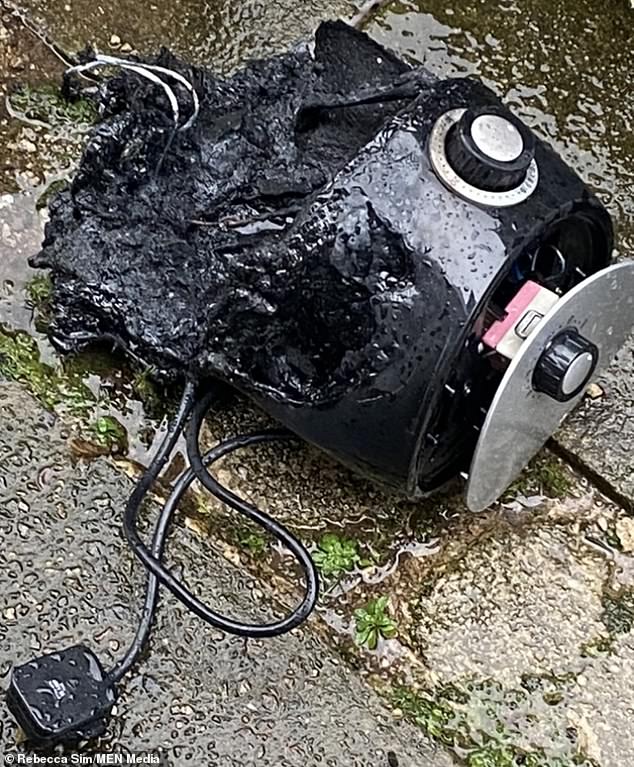 ‘I was really shocked. I bought the air fryer for my daughter Isobel when she was at Liverpool University and she would cook in it and leave it when she was washing her hair.

‘Thank God I didn’t leave it – it could have burnt the kitchen down.’

Dramatic video footage shows the device on fire outside Ms Sim’s home. The manufacturer has launched an investigation.

Ms Sim added: ‘It was a really nasty experience that could have been far, far worse without my quick-thinking. I know that with the cost of living crisis many people are trying to reduce costs and have bought air fryers.’

Ms Sim said the device had been ‘thoroughly cleaned out’ before she used it, adding: ‘I put some bacon in to cook. 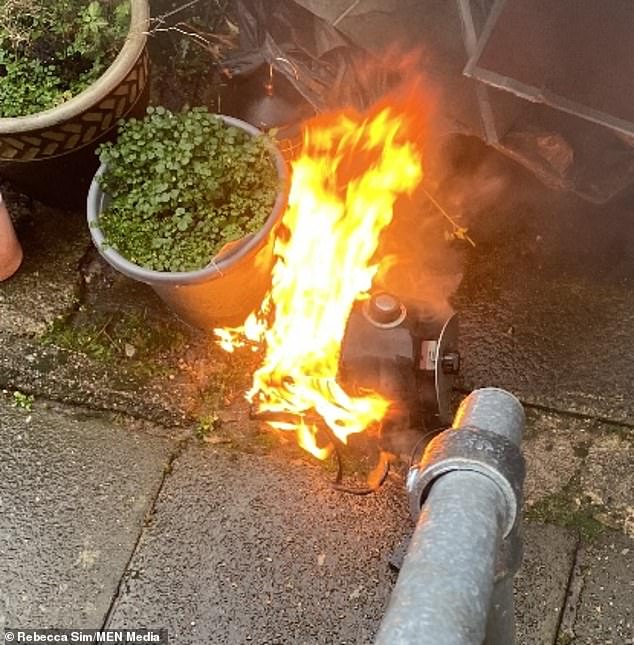 Ms Sim said: ‘I couldn’t believe how quickly it burnt up and there was so much noise. It was really shocking’

‘When it had nearly done I pulled out the tray to check it, it was splattering. As I was checking the tray I noticed a tiny flicker in the bottom part of the fryer. I was concerned as it didn’t look right.

‘My daughters used to leave the food to cook, while they got ready. Thank God I didn’t. I noticed the flickering and a plastic smell, so I knocked the switch off with a wooden spoon, unplugged it and smothered it with a damp tea towel.

‘When I removed the tea towel I saw smoke and the beginnings of what looked like flames in the base of the fryer. I have multiple sclerosis and I am not that fast or strong so with much difficulty I picked it up and threw it out the back door where it turned in to an inferno.

‘I was just shocked – I was thinking, “What if that had been my daughter?” I couldn’t believe how quickly it burnt up and there was so much noise. It was really shocking.’

A spokesperson for Tower said: ‘The consumer involved contacted us on Wednesday, January 4, regarding her experience.

‘Whilst we are pleased that Rebecca is OK we are reaching out to her seeking to obtain the air fryer so an investigation can be carried out.

‘The safety of our products is of the upmost importance to Tower and a thorough investigation will help us to understand the circumstances.’