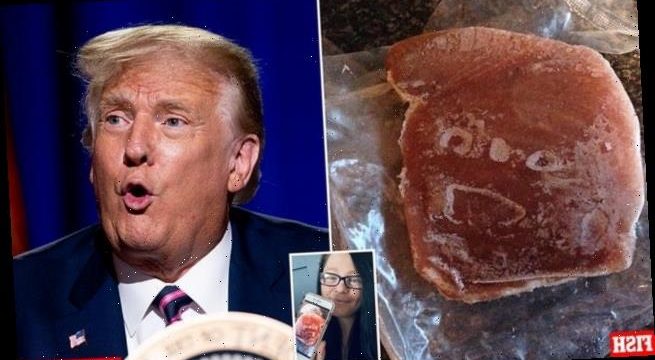 In Cod We Trust: Mother-of-two is stunned to find face of Donald Trump in £4.60 tuna steak she bought from Tesco

A Tesco shopper was left stunned after discovering the face of Donald Trump in her £4.60 frozen tuna steak.

Amanda Brewster, 36, did a double-take when she took her lunch out of the freezer and spotted the US President’s fishy doppelganger staring back at her.

The mother-of-two, from Houghton-le-Spring in Tyne and Wear, was stunned to find Mr Trump’s uncanny likeness in her steak – including his trademark bouffant – but said that her version was much happier looking. 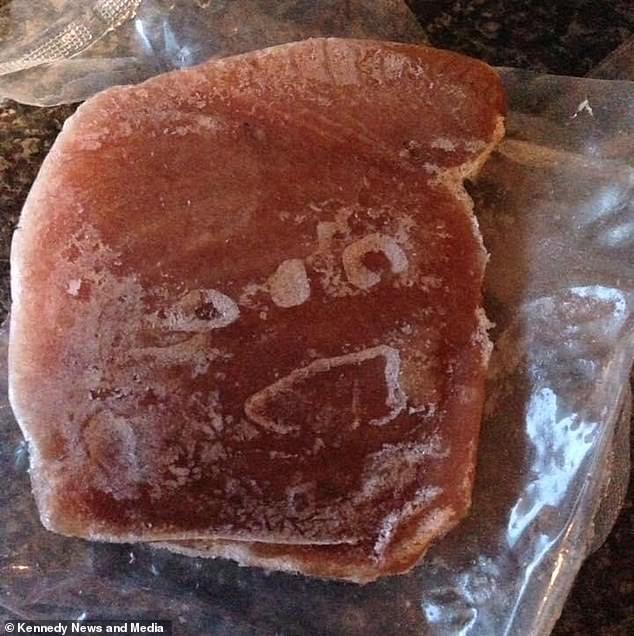 Amanda Brewster, 36, was stunned to find the face of Donald Trump in her £4.60 Tesco tuna steak when she took her meal out of the freezer 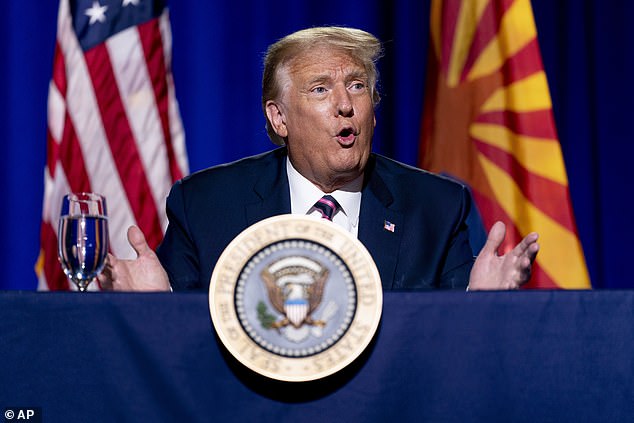 After taking a quick photograph, the Trump look-alike was shoved in the oven and Ms Brewster enjoyed it on a bed of coconut rice.

Ms Brewster said: ‘I fancied a tuna steak, took it out of the freezer, put it on the side and I thought ‘oh my god that looks like Donald Trump’.

‘It had a face, it had that little bit on the top that looks like hair and it totally looked like him.

‘I thought “I have to take a picture of this just to show everybody” it was just so funny.

‘I did think it looked way too happy, but other than that it’s uncanny.’

Ms Brewster, who is a full-time mother to Sophia Francis, 14, and three-year-old Jesse McLoughlin, said she bought the £4.60 frozen steaks from Durham’s Tesco Extra store to kick-start a healthy-eating plan.

She added: ‘I love tuna steaks. I’m always trying to go on a diet and I thought I would get some frozen fish in so they keep longer.

‘I saw the face, and the likeness to Trump, straight away I couldn’t believe it. 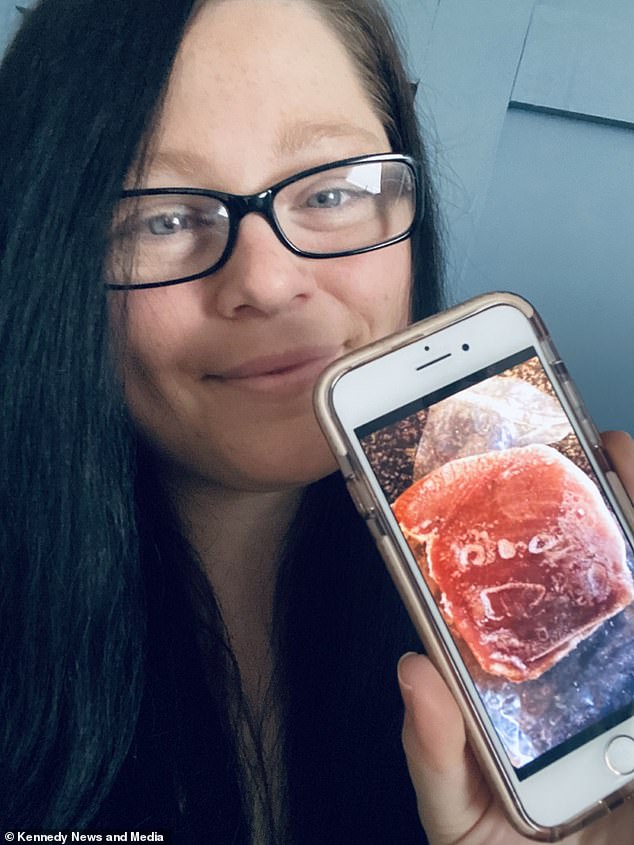 Ms Brewster (above), from Houghton-le-Spring in Tyne and Wear, shoved the Trump look-alike in the oven after snapping her photograph and enjoyed it over a bed of coconut rice

‘He had quite a good head of hair, the chin comes out a bit at the bottom and the little eyes, nose and mouth – I think it looks a little bit like an ear at the side as well.

‘He had a big grin on his face, he looks a lot happier than the real thing. I think even he would find it funny if he saw it.’

But her dedication to her healthy meal plan meant that, despite making her laugh, the fishy version of President Trump was still destined for her dinner plate.

Amanda said: ‘I took the picture and then stuck him straight in the oven.

‘It didn’t look like that when it came out of the oven, unfortunately after it was cooked there were no features. He tasted very delicious.

‘I was very disappointed none of the others in the pack of four looked the same.’