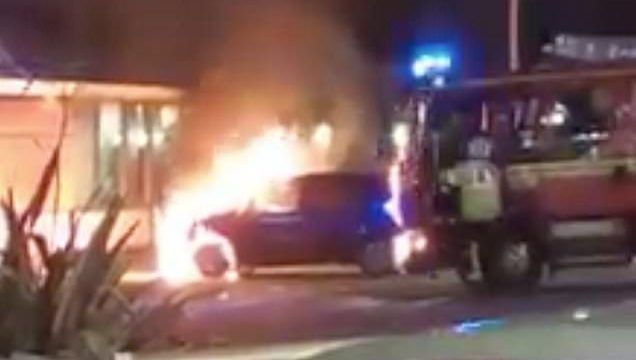 A mother-of-four has had a lucky escape after her care spontaneously combusted while she was in a McDonald’s drive-thru.

Louise Smith, from Hampshire, was ordering burgers with her eight-year-old daughter, Olivia-Mai, in the car when the two heard a loud popping sound and smoke began to billow out from under the bonnet.

Wanting to check on the car, Louise drove to the car park where she discovered flames pouring out from the car’s headlights.

Mobile phone footage taken by onlookers shows the Zafira completely engulfed in flames outside McDonald’s in Havant, Hampshire, with Ms Smith reduced to tears as she called the fire brigade.

Ms Smith said: “I told the lady at the drive-through window we needed to get to the car park so I could have a look at my car.

“I went to the front of the car and the headlight on my daughter’s side had flames coming out of it.

“My daughter got out of the car, I dragged her to the other side of the drive-through and shouted at other drivers saying they need to get away.”

The front of the 2006 car, which Ms Smith bought a year ago, was engulfed in flames by the time firefighters arrived at the restaurant following the 10.45pm incident.

She said: “I’ve been crying ever since it happened and I feel like I’m being silly. 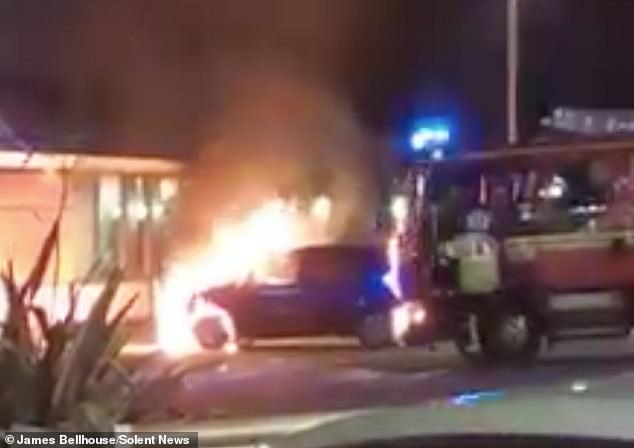 Firefighters rushed to the scene of the blaze as it ran under the base of the car, flames threatening to swallow it whole 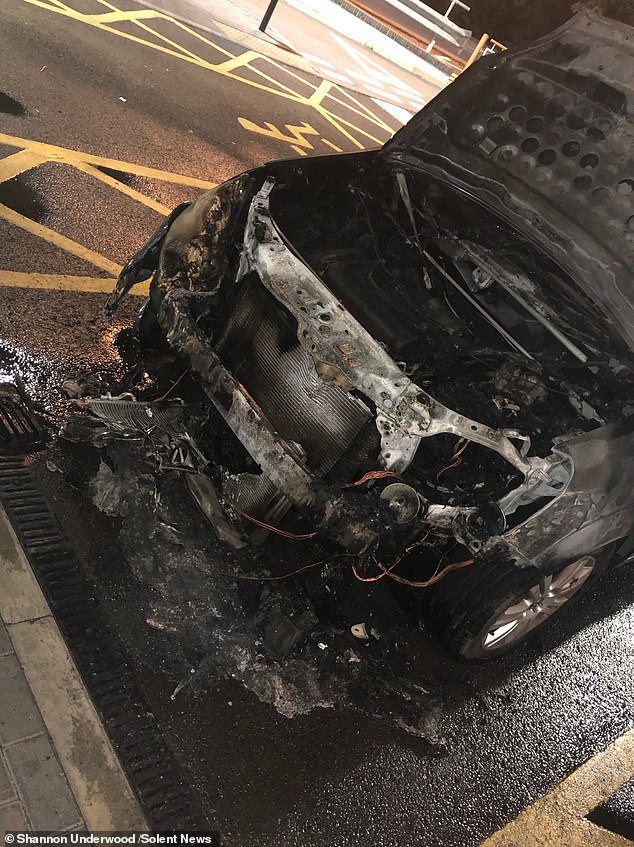 After the car was extinguished, all that remained of the front end was a portion of the car’s frame and melted electrical components 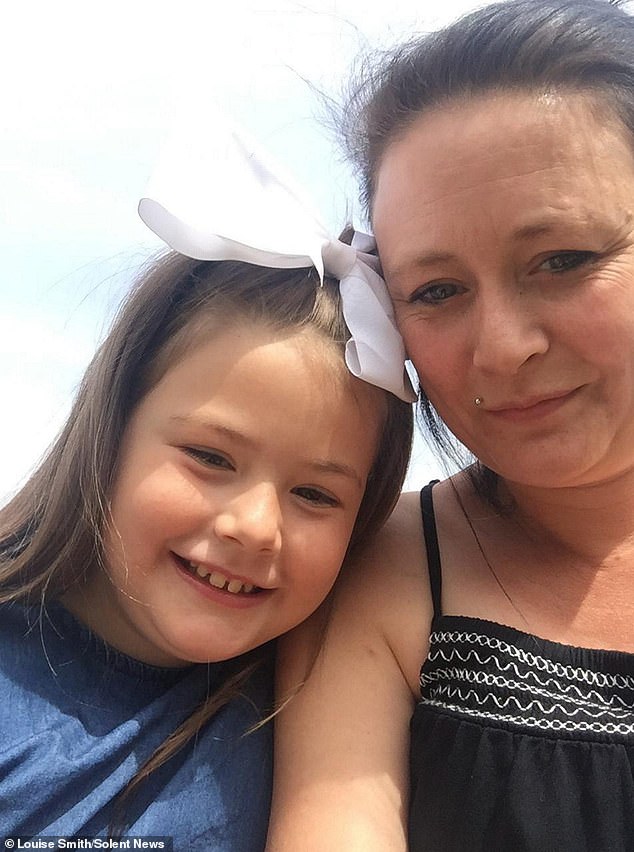 Louise Smith, 37 and her eight-year-old daughter Olivia-Mai were in the car when a loud popping sound alerted them that something was very wrong

“That morning I was at a petrol station at the same business park with a car full of people and I thought ‘what if it happened then?’

“It was the scariest moment of my life.”

Ms Smith and her daughter Olivia-Mai escaped unharmed and the car has been taken away for investigation by her insurance company.

The former carer, from Havant, had received a letter from Vauxhall the week before, recalling the car because of potential fire risk due to a fault with wiring in the heating and ventilation system.

However, the cause of the fire in Ms Smith’s car is currently unknown.

Vauxhall confirmed it had written to Ms Smith about the recall last week, having only recently acquired her address as the car’s new owner.

A spokesman said: “In May this year we mailed registered keepers of Vauxhall Zafira – the second generation, ‘B’ model, built between 2005 and 2014, fitted with either no air-conditioning or manual air-conditioning inviting them to take their car to a Vauxhall authorised retailer for a recall related to the wiring harness plug connector that attaches to the Heating and Ventilation system.

“We would like to inspect the car, subject to the owner’s and her insurance company’s approval.”