A TEAM of scientists, engineers and former military officers have made the case for the "most compelling" UFO footage as they urged Congress to release more data on a string of strange encounters.

The Scientific Coalition for Unidentified Aerial Phenomena (SCU) told The US Sun they are encouraging the disclosure of more information so scientists can help to investigate these unexplained occurrences. 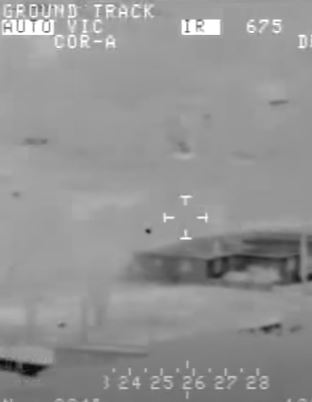 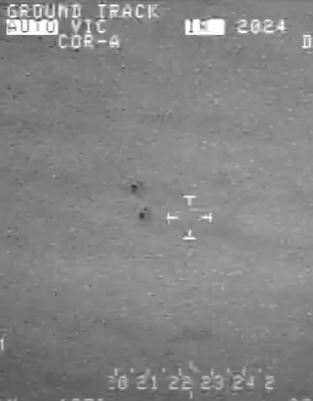 Jonathan Lace, spokesman for SCU, explained the organization believes "most compelling" footage of the anomalous activity was taken by a Homeland Security aircraft over Puerto Rico on April 25, 2013.

The eerie footage shows an object believed to be up to five feet in length moving at speeds of up to 120mph close the ground before seemingly plunging into the ocean and splitting into two.

"No bird, no balloon, no aircraft and no known drones have that capability," the SCU noted in a 50-page report the team compiled on the incident.

SCU investigators said the object appears to be of "unknown origin" after spending 1000 hours researching the UAP.

Mr Lace told The US Sun: "The SCU finds the 2013 Aguadilla UAP footage to offer the most compelling evidence of unusual UAP flight characteristics."

He noted the group has "no official" position on a leading theory for UAP as questions mount over the strange encounters which are being investigated by the Pentagon.

The US Sun contacted SCU – a think tank dedicated to exploring UAPs and other phenomena- as they released a letter set to Senators Mark Warner and Marco Rubio urging for the Senate Select Committee on Intelligence (SSCI) to release more information on UAPs.

Some 55 members of SCU signed off on the document as they offered their services in the investigation of these strange phenomena – but their names have been withheld due to privacy concerns.

And when asked what is the most compelling footage of UAPs, Mr Lace directed The US Sun to their report on the incident in Aguadilla.

It comes as the UFO debate reopened again after the release of scraps of footage showing mysterious objects which the Pentagon confirmed had been recorded by serving members of the US military.

The videos were said to have been leaked from briefings by the UAP Task Force, a group set up by US defence chiefs after a vote by the Intelligence Committee last June.

The world is awaiting an unclassified report on UFOs by the Director of the National Intelligence and the Department for Defense which is due for release in June.

Competing theories on the strange videos continue to rage – with some grounded on Earth claiming the videos capture never-before-seen military aircraft or drones, while others claim it shows otherworldly craft possibly piloted by aliens.

Others however are more skeptical, claiming the bizarre videos may just be camera tricks, natural phenomena or even outright hoaxes. 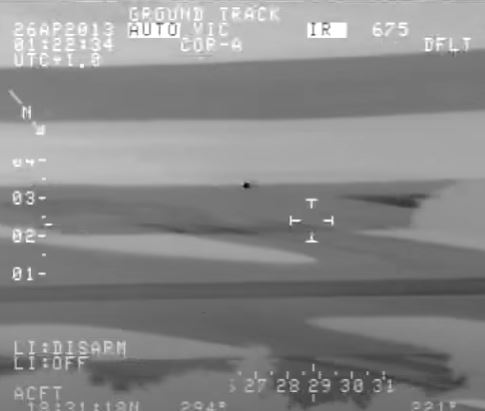 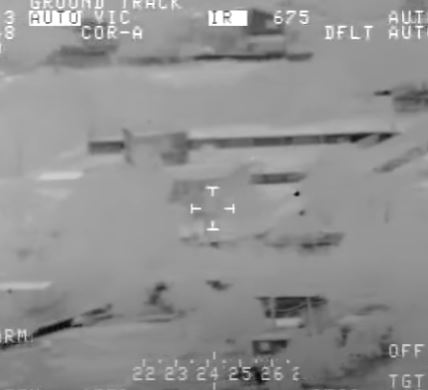 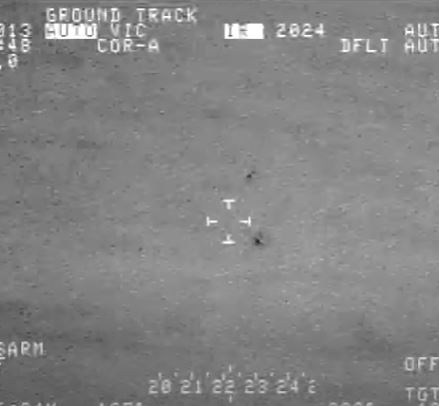 SCU's 2013 video was captured at around 9.20pm as an unknown object flew across the runway of Rafael Hernandez airport in Aguadilla, Puerto Rico.

It was captured on infrared camera by a US Customs and Border Protection aircraft – the footage of which was leaked to SCU by an anonymous source.

It is claimed the pilots of a DHC-8 Turboprop spotted a red light over the ocean, they then contacted the control tower who told them they did not know the identity of the object, and then the object's lights went out as it approached the shore.

The plane then engaged its thermal imaging camera and went on to the follow the UAP.

The three minute video shows the object crossing Puerto Rico before flying back and appearing to submerge into the Atlantic Ocean.

And perhaps most bizarrely, at one stage in the footage the object appears to split in two.

It also appears to not disturb the water when plunging beneath and then remerging from the surface – a phenomena known as "trans-medium" travel.

"This video is the best documentation of an unknown aerial and submerged nautical object exhibiting advanced technology that the authors of this report have ever seen," the report concludes. 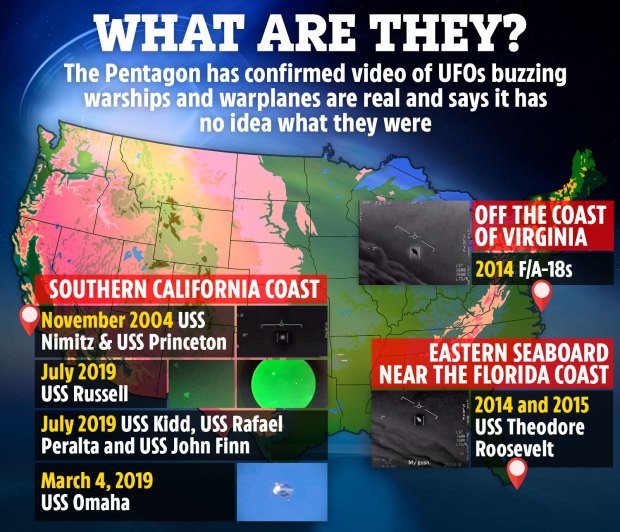 In the letter to the Rubio and Warner, the SCU call for the release of more data from the infamous UAP incidents declassified last year by the Pentagon.

They urge the two Republicans to get behind efforts to release footage more footage of the infamous 2004 "Tic Tac" video from the USS Nimitz.

And they called for release of more information on the "Go Fast" and "Gimbal" videos filmed by the pilots from the USS Theodore Roosevelt.

In a statement, the SCU said: "The SCU believes that all government data regarding unidentified aerospace objects should be made available to the public to be openly investigated by the broader scientific community, provided that such data does not compromise sources or methods of data
collection.

"A full scientific investigation of such data would be able to uncover valuable information relating to both national security and advancement of our understanding of physics, aerospace engineering, and our world."

Mr Lace told The US Sun while they encourage disclosure as a process – they do understand the need to protect sources and methods used to collect data on UAPs.

"Given the term’s varied interpretations, the SCU has no position on 'disclosure' understood as a single event or on reasons why some data may be kept secret", he explained.

It has been speculated that the objects which continue to appear in official footage filmed by US military personnel could be hypersonic drones from China or Russia.

In 2019, the Pentagon admitted it has launched investigations into UFO sightings and it still analyses reports of unexplained objects.

The Department of Defence went as far as to reveal they will "continue" to probe such reports in a bid to keep the nation safe.

A spokesperson for the Department of Defence was forced to admit that reports, claiming their investigations were stopped in 2012, were not true.

Speaking to the NY Post, spokesman Christopher Sherwood said in a statement: "The Department of Defence is always concerned about maintaining positive identification of all aircraft in our operating environment, as well as identifying any foreign capability that may be a threat to the homeland.

“The department will continue to investigate, through normal procedures, reports of unidentified aircraft encountered by US military aviators in order to ensure the defense of the homeland and protection against strategic surprise by our nation’s adversaries.”