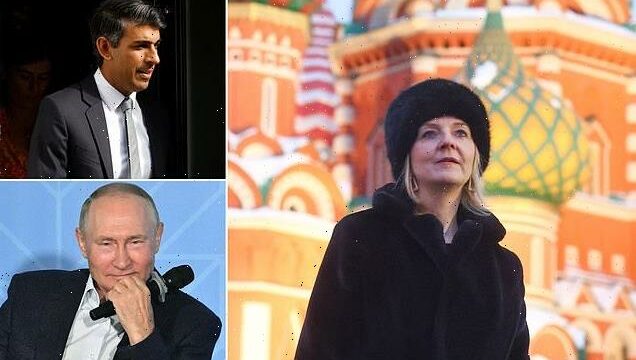 Russia has warned its rock-bottom relationship with Britain could deteriorate even further today with the election of the new prime minister.

Foreign Secretary Liz Truss, who has for months been the target of withering scorn from Moscow, is expected to beat rival Rishi Sunak and become Britain’s new leader.

Johnson has already attracted ire from the Kremlin with his strong support for Ukraine and he has regularly been a figure of ridicule on state TV.

But spokesman Dmitry Peskov said today: ‘I wouldn’t like to say that things can change for the worse, because it’s hard to imagine anything worse.

‘But unfortunately, this cannot be ruled out, given that the contenders for the post of British prime minister competed with each other in anti-Russian rhetoric, in threats to take further steps against our country, and so on. 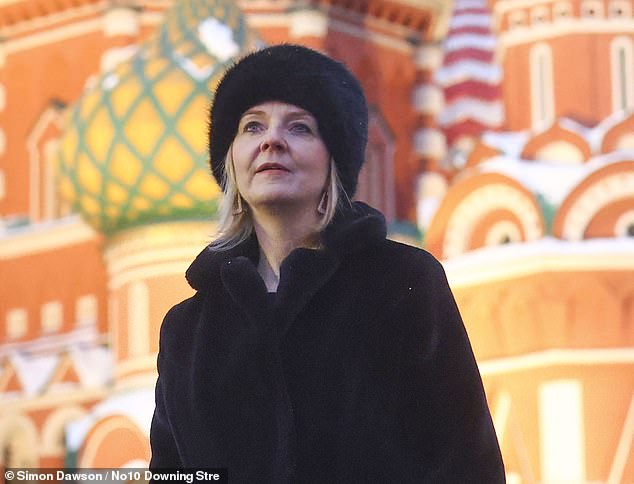 Russia has warned its rock-bottom relationship with Britain could deteriorate even further today with the election of the new prime minister (pictured: Truss in Moscow in February) 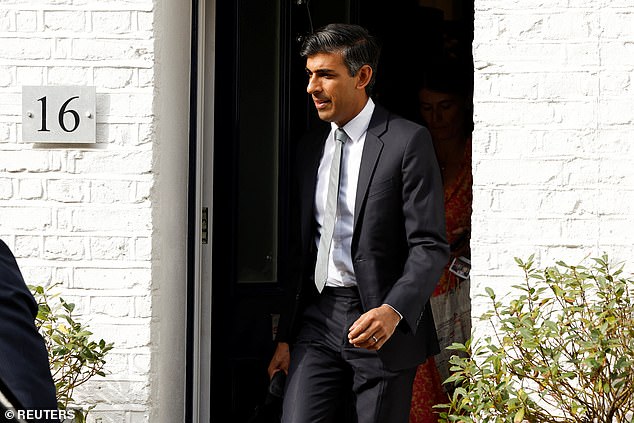 Truss, who has for months been the target of withering scorn from Moscow, is expected to beat rival Rishi Sunak (pictured today)

‘Therefore, I don’t think that we can hope for anything positive.’

Asked if Vladimir Putin would send a congratulatory telegram, he said: ‘Let’s wait and see who becomes prime minister.’

Truss is chiefly known in Russia for a visit she made to Moscow in February, when she and Foreign Minister Sergei Lavrov held a rancorous meeting.

Lavrov described their conversation as like a dialogue between deaf and mute people, complaining that facts had ‘bounced off’ her.

Russia’s foreign ministry has also openly mocked her over geographical gaffes, including on one occasion when she mixed up the Black and Baltic seas. 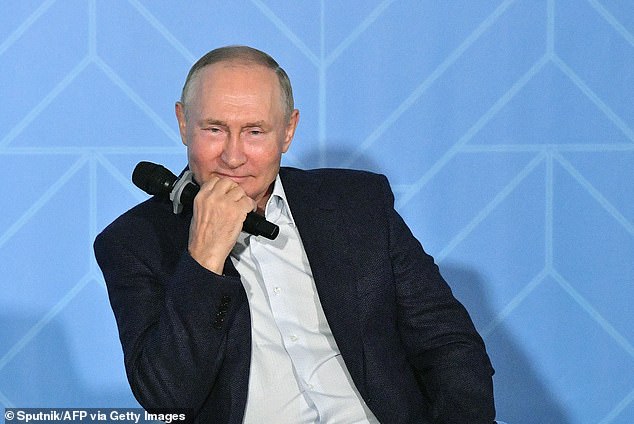 Truss openly challenged Lavrov at their meeting over Russia’s troop build-up near Ukraine, saying: ‘I can’t see any reason for having 100,000 troops stationed on the border, apart from to threaten Ukraine.’

Moscow, which had denied invasion plans, sent its troops in two weeks later.

Since then, Britain has been one of the most active and vocal supporters of Ukraine in the war, supplying it with weapons and training.

Russia and Britain have had tense relations for years, hitting low points with the fatal 2006 poisoning of former Russian security officer Alexander Litvinenko in London and the attempted killing of former Russian double agent Sergei Skripal and his daughter with a nerve agent in the English city of Salisbury in 2018.

In July, Kremlin officials claimed Truss was unfit to control the nuclear buttons. 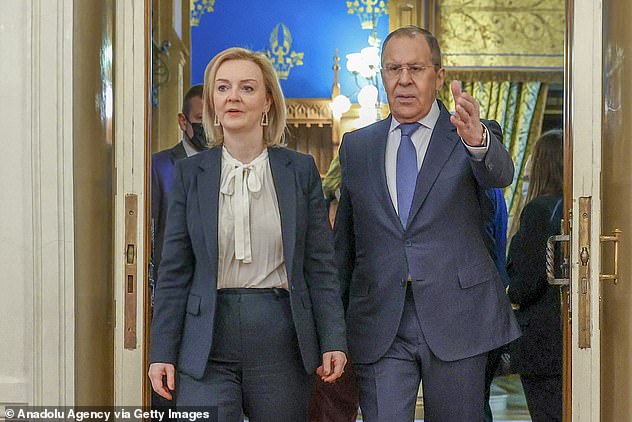 They also accused her of copying Margaret Thatcher and overreacting when a Talk TV presenter fainted during a debate between her and Rishi Sunak.

A presenter on Russia’s Channel One said: ‘She tries to emulate the Iron Lady on a tank near the Russian border.

‘Then a presenter fainted and she couldn’t hold her emotions. How would she behave in other critical situations.

‘This was the moment when her spirit deserted her and viewers saw an ordinary, frightened woman. Fright, horror and panic, that was how she reacted.

And last week, Putin’s vile TV attack dogs made a series of sexist slurs about Truss, calling her ‘delusional’ and claiming that she ‘belongs in the kitchen’.

‘Liz Truss doesn’t belong in politics, but in the kitchen,’ said Igor Korotchenko, an analyst on Rossiya One.

Korotchenko said Truss should ‘demonstrate a woman’s best qualities’ and not ‘behave like a vulgar woman at a political striptease show’.

He also called Truss ‘uneducated’ and ‘dangerous’, hinting that he preferred Sunak.

He also claimed Truss said she would start a nuclear war with Russia. The remarks could have been an allusion to the Foreign Secretary vowing to push ahead with renewing Trident, the UK’s nuclear programme, if she becomes Prime Minister.

Meanwhile, the figurehead of Putin’s propagandists Vladimir Solovyov, accused Truss of starting a religious war after Britain announced sanctions on the patriarch of the Russian Orthodox church.

‘She has such delusions of grandeur. Such phantasmagoric audacity is unheard of since the times of the Tartars and the Mongols,’ he said. ‘Who does she think she is?’