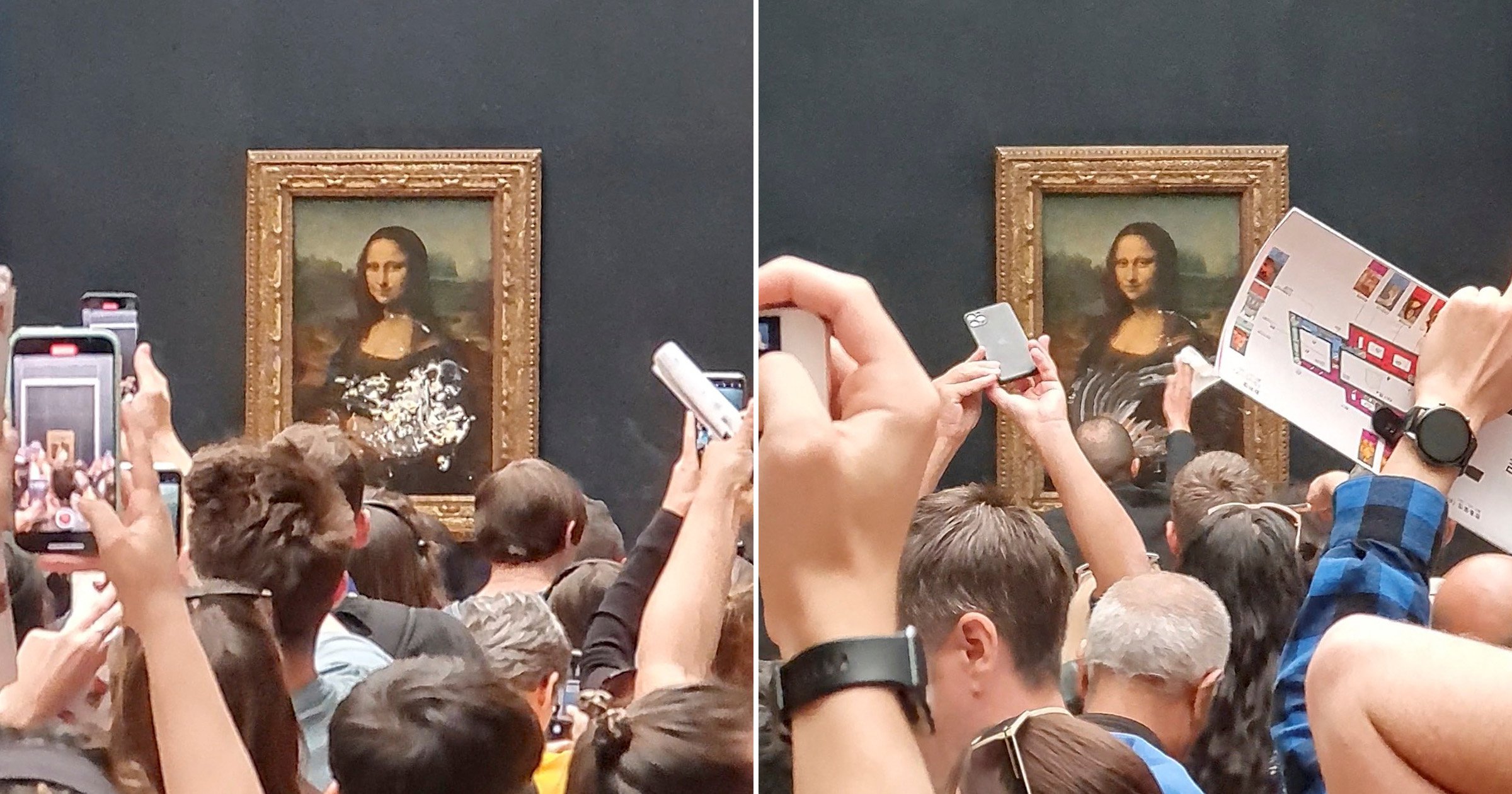 An attack on the Mona Lisa painting has taken being ‘ambushed with a cake’ to the next level.

Witnesses claimed they saw a man ‘dressed as an old lady’ jump out of a wheelchair yesterday and attempt to smash the glass case at the Louvre in Paris, France.

He then apparently proceeded to ‘smear cake on the glass and throw roses everywhere before being tackled by security’.

It appeared he was a climate protester, with some bystanders hearing him say in French: ‘Think of the planet… there are people who are destroying the planet, think about that… That’s why I did it.’

The man was said to be wearing lipstick and a wig.

He was escorted away by security but it is unclear as to whether he will face further action.

Guards were later seen cleaning icing from the glass.

Officials at the Louvre were not immediately available for comment.

The Italian Renaissance painting is not believed to have been damaged during the incident.

The masterpiece, which was painted in 1503, is now one of the most protected artworks in the world after several attempts to attack or steal it.

The painting was famously stolen in 1911 from the Louvre, where it has been on permanent display since 1797.

A vandal once damaged the canvas with sulphuric acid in the 1950s, and a student threw a stone at it in 1956 – after which it was kept behind protective glass.

The most recent attack on the artwork was in 2009, when a Russian woman who was denied French citizenship threw a ceramic teacup at it.

The cup was smashed but no damage was done to the glass or painting.